Sainz’s race last time out at the Red Bull Ring was ended when his engine spectacularly expired just as he was set to attack Red Bull driver Max Verstappen approaching the closing stages.

The problem was so severe it led to a dramatic fire aboard Sainz’s F1-75, which was eventually brought under control despite complications arising from the spot where he pulled off the track.

Turn 4's steep slope meant his car kept rolling backwards when he stepped off the brake to try and escape the inferno.

After the Austria race, Ferrari team boss Mattia Binotto said it was “very likely” Sainz’s issue was closely related to what happened to the blend of old and newer parts on teammate Charles Leclerc’s engine that failed in Baku, which meant the Monegasque racer was given a new engine and took a grid penalty at the following Canada round.

When asked about his engine situation ahead of practice starting at Paul Ricard, Sainz said the choice of whether to fit a new power unit and therefore accept a grid drop was “not [decided] yet” at Ferrari.

He added: “But there’s a chance we will put a new engine this weekend, which would involve a penalty. But we haven’t taken the final decision yet.” 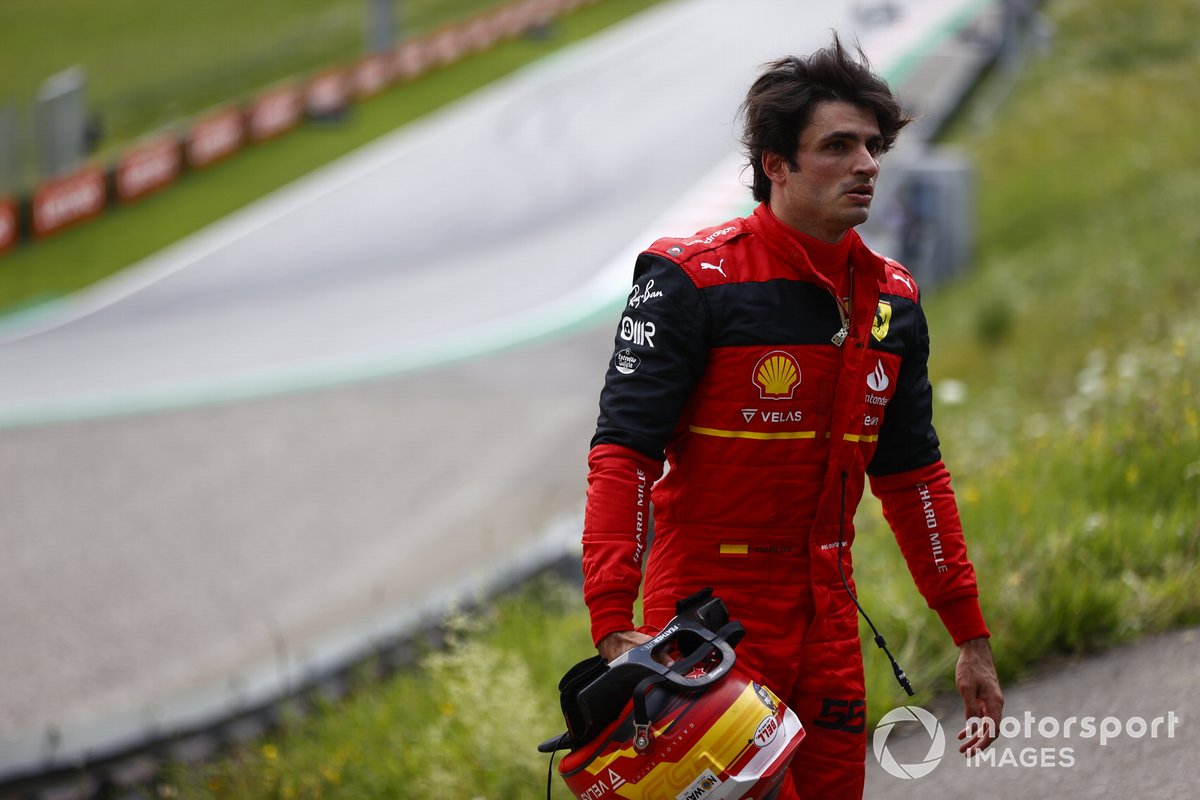 Ferrari predicts that this weekend’s race will take place in the hottest conditions the F1 pack has encountered so far in 2022 given the high temperatures currently permeating Europe, which will add additional strain on engine reliability.

The team’s head of aero development, Diego Tondi, said this will mean “ensuring the power unit and the tyres perform at their best is a real challenge”.

“It’s up to those working on the aerodynamics to take the appropriate countermeasures,” he continued.

“We will use a medium-high level of bodywork cooling, using the apertures of the cooling gills on the upper part of the bodywork and we will work on the brake ducts to maximise rim cooling, with the aim of getting heat away from the tyres.

“The track characteristics mean that we would have been doing this anyway to contribute as much as possible to tyre management, but the hot conditions will make this task even more demanding.

“As for the brakes, there are no particularly heavy braking points, so in terms of cooling for these components, the race at Paul Ricard is not a concern”.