Carlos Sainz thinks it's not a given that Formula 1 title contenders Mercedes and Red Bull will swiftly push through to the front of the Russian Grand Prix.

The Ferrari driver is starting from the front row of the grid alongside Lando Norris after making the most of a switch to slick tyres in the final stages of Q3 on Saturday.

And while there is little doubt that the Mercedes and Red Bull starting behind are clearly ahead in overall race pace terms, the nature of the Sochi circuit could make it difficult for them to exploit their speed if they get trapped behind other cars.

That has given Sainz some hope that if he and Norris can break free at the front then they may be able to do something to hold on until the end.

"It's a strange circuit this one – because obviously race pace is important and we need to see how easy it is to overtake," explained the Spaniard. "Normally in the past it has been quite tricky.

"Obviously we have the two Mercs [Bottas has now taken a grid penalty] and the Red Bull that are going to be pushing us a lot.

"They are clearly, around here, half a second to one second quicker than us – so at some point they will put pressure on us and we will need to see if we can keep ourselves ahead.

"Obviously the target is to finish ahead of them, try to get Lando at the start – although I am starting on the dirty side, he is at least starting on the clean side - and see from there if we can race hard and have some fun at the front." 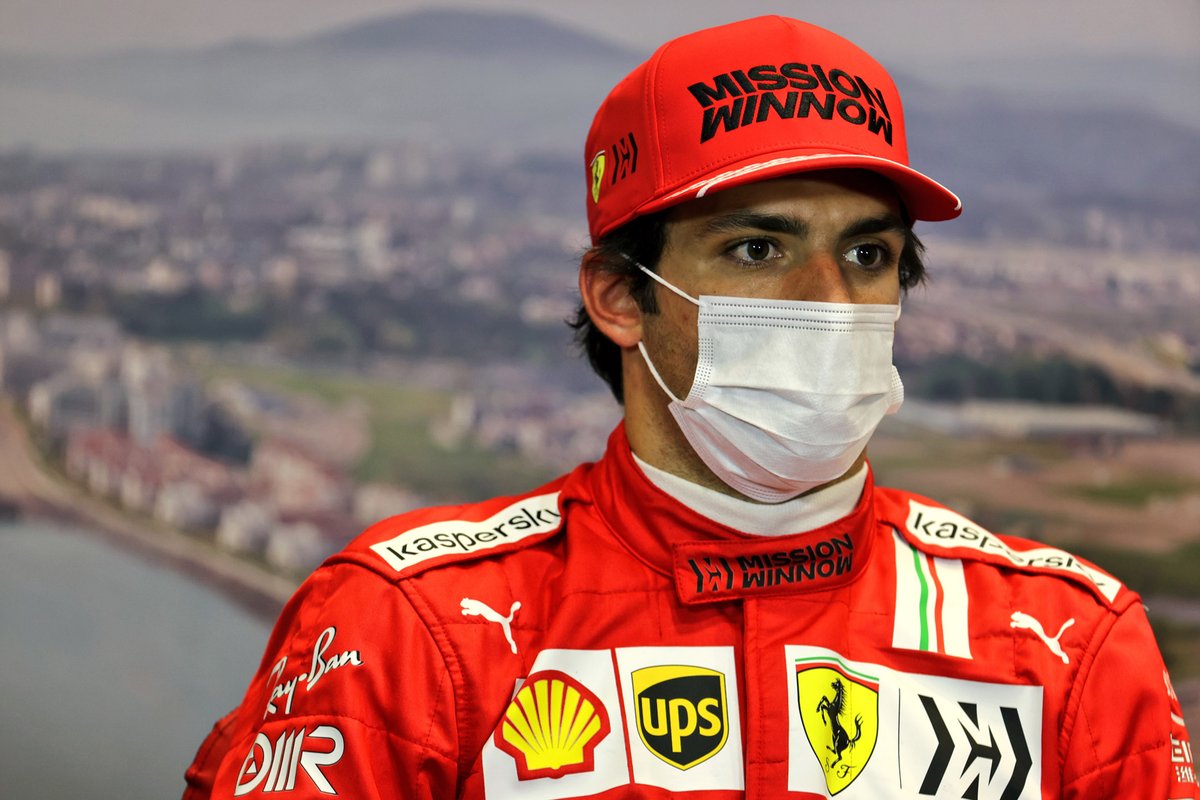 While second place on the grid has often been the best place to start the Russian Grand Prix from, because of the slipstream benefit down to Turn 2, Sainz thinks a good getaway for him will not be so easy.

As well as the negative of starting on the dirty side of the track, Sainz is well aware that Ferrari does not have the best straightline speed compared to the McLaren and Williams cars around him.

Speaking about the chances of getting ahead of Norris after the start, Sainz said: "I think there's two options.

"I either get a good getaway and it's a direct race into Turn 2, or, if not, obviously I'll need to try to find a slipstream, because we know we are not the fastest on the straights and we need to find some tow, some draft, because if not, it's going to be a long run down from Turn 1.

"But it's exciting. I've been sharing rows with this guy [Norris] pretty much the last two years in Formula 1, so we know very well each other.

"Hopefully we can have a good start, both, and keep pulling away because there's going to be the guys behind coming, and that's going to be when the fun starts."