Ferrari has announced plans for a seven-driver test at Fiorano next week using its 2018 Formula 1 car, including Carlos Sainz Jr, Charles Leclerc and Mick Schumacher

Following the arrival of Sainz from McLaren ahead of the 2021 season, Ferrari said late last year that it planned to give the Spaniard in some older machinery to help his adjustment into life at the team.

As reported by Autosport on Thursday, Sainz's first outing in a Ferrari F1 car will come next week when he drives the 2018-spec SF71H at its private test track.

Ferrari confirmed the plans for Sainz to take part in the test on Saturday, revealing that seven drivers will be taking part across five days of running.

Sainz will get one-and-a-half days behind the wheel of the Ferrari SF71H, with his outings scheduled for all of Wednesday and Thursday morning.

Despite being conducted in older machinery, the test will give Sainz a chance to get used to Ferrari's systems and work with his new race crew and engineers before the start of F1's single pre-season test in Bahrain on 12 March.

Sainz's 2020 team-mate, Charles Leclerc, is scheduled to test on Tuesday. It will mark the Monegasque driver's return to the cockpit following his positive test for COVID-19 earlier this month. 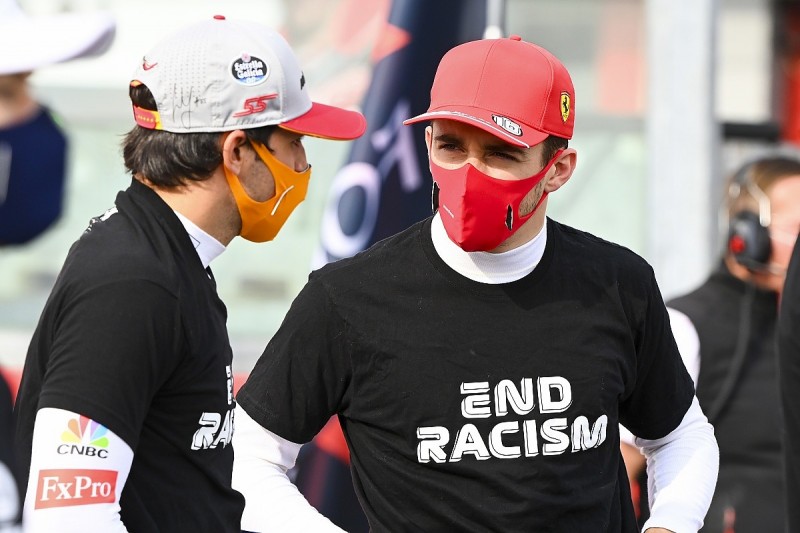 The Fiorano running will also feature five drivers from the Ferrari Driver Academy, with Monday set to be split between Giuliano Alesi, Marcus Armstrong and Robert Shwartzman, all of whom raced in F2 last year.

It will mark the first time both Alesi and Armstrong have driven an F1 car, while Shwartzman most recently appeared for Ferrari in the end-of-year test in Abu Dhabi.

Ferrari has also set aside running for F2 champion Schumacher, who will step up to F1 this year with the Haas team.

Schumacher will test the SF71H on Thursday afternoon and Friday morning, before handing the reins over to Ferrari test driver Callum Ilott on Friday afternoon.

Teams are prohibited from using F1 cars raced in the past two seasons for private testing, with the 2018-spec car being readily available following its use last year at Fiorano for the FDA members.