Carlos Sainz believes he could have scored a front row start for the Formula 1 Canadian Grand Prix had his decision to “send it” late in Q3 not backfired.

With team-mate Charles Leclerc starting at the back of the grid due to an engine penalty, Sainz was left to fight alone for Ferrari in qualifying on Saturday at the Circuit Gilles Villeneuve.

Sainz featured towards the front of the field throughout qualifying, but ultimately finished third in Q3, seven-tenths of a second behind polesitter Max Verstappen after sliding at the exit of the chicane on his final lap.

Sainz was pipped to second place by his compatriot Fernando Alonso, who gave Alpine a shock front row start with a late charge. It marked his best qualifying result since 2012.

“I knew that going into Q3, run two, I needed a very, very good lap if I wanted to steal pole position from him,” Sainz said. “Sector one was quite OK, I think I did purple, but then sector two I knew I didn’t find the grip that I was expecting to find.

“Into the last corner, I said OK I’m probably not in pole position already, so I’m going to try and send it.

“Sending it was probably not the right call, and it cost me probably P2. But yeah, a couple of tenths we missed there for pole position. But overall, a decent feeling with the car.” 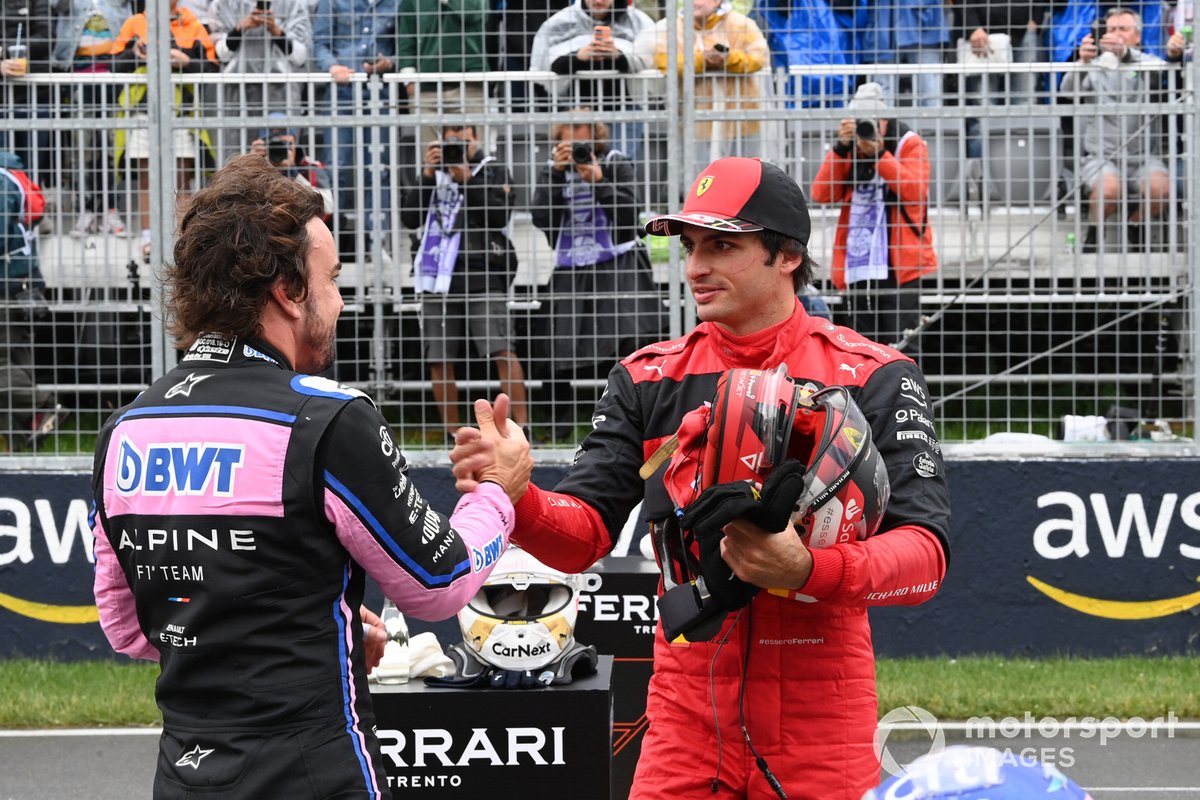 With Leclerc fighting back from the rear of the field after his penalty, Ferrari will look to Sainz to try and end Red Bull’s five-race win streak that has seen the tide turn in both championships.

The Canadian Grand Prix has not been won from outside the front row of the grid since Daniel Ricciardo’s victory for Red Bull in 2014, but Sainz was hopeful of making a good start that would allow him to take the fight to Verstappen.

“If we get a good start and put pressure on the guys in front, then anything can happen,” Sainz said. “I think Max seemed very quick on Friday, he’s been on it all weekend. We’ve been chasing a bit that last tenth compared to them.

“But I think tomorrow, with a good start and a good strategy, we can put some pressure.”