Sainz joined McLaren from Renault after just one full season, admitting the final races with the French manufacturer were "weird" ahead of his exit.

The Spaniard has a two-year contract with McLaren and 2019 is the first time he has gone into the off-season with his F1 future secured.

Sainz reckons that has allowed him to show a "new Carlos" that people had not previously seen.

"This stability has given me a chance to show a bit of a new Carlos, that maybe the paddock in general or many people hadn't seen," said Sainz.

"I knew that was inside, I just needed the right environment, I guess, and the right mindset."

He explained how having contract stability has changed the type of pressure he feels when racing. "I never had that [security]," he said.

"So even if you don't feel it, and you don't want [to think about it], there's that pressure to bring results. 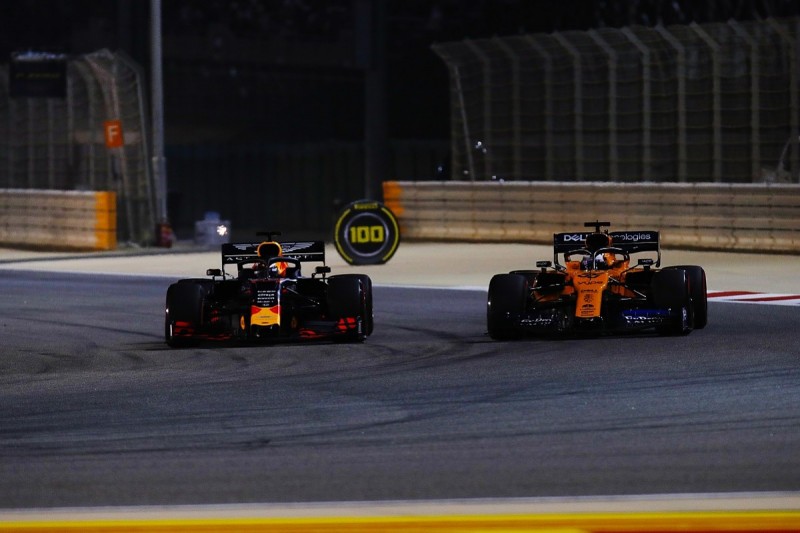 "There's been a few changes that I've made from 2018 to '19, that for sure have helped, but mainly having that stability, having that extra confidence to go for moves - [such as] the move on Max [Verstappen] in Bahrain - that maybe before I would have thought twice about it."

Continuing with that specific example (above), Sainz explained that previously he would be thinking he needed "to bank in P5 or P6 that I am at the moment - it is a very good result for me - let's not attack Max so much, because he's going to beat me at the end of the race anyway".