Sainz: Red Bull "in a league of their own" in F1 Belgian GP

Ferrari's Carlos Sainz admitted Max Verstappen and Sergio Perez were "in a league of their own" in Formula 1's Belgian Grand Prix after being powerless to keep the Red Bulls behind.

Verstappen outqualified Sainz by six tenths in Saturday qualifying, but the Spaniard inherited pole due to an engine penalty for the world champion.

But even from 13th place, Verstappen produced a crushing display to win his second consecutive Belgian GP and his ninth victory of 2022, passing Sainz for the lead after a scarcely believable 16 laps.

After being powerless to resist Verstappen on the run up to Les Combes, Sainz also had to cede second to Perez. He took the chequered flag third, over 26 seconds behind Verstappen and nine seconds down on the Mexican.

"Red Bull, Max and Checo, they were in a league of their own today," Sainz conceded. "And unfortunately, we couldn't put a stronger fight and we had to survive. But we will have to learn why at this track we were not competitive." 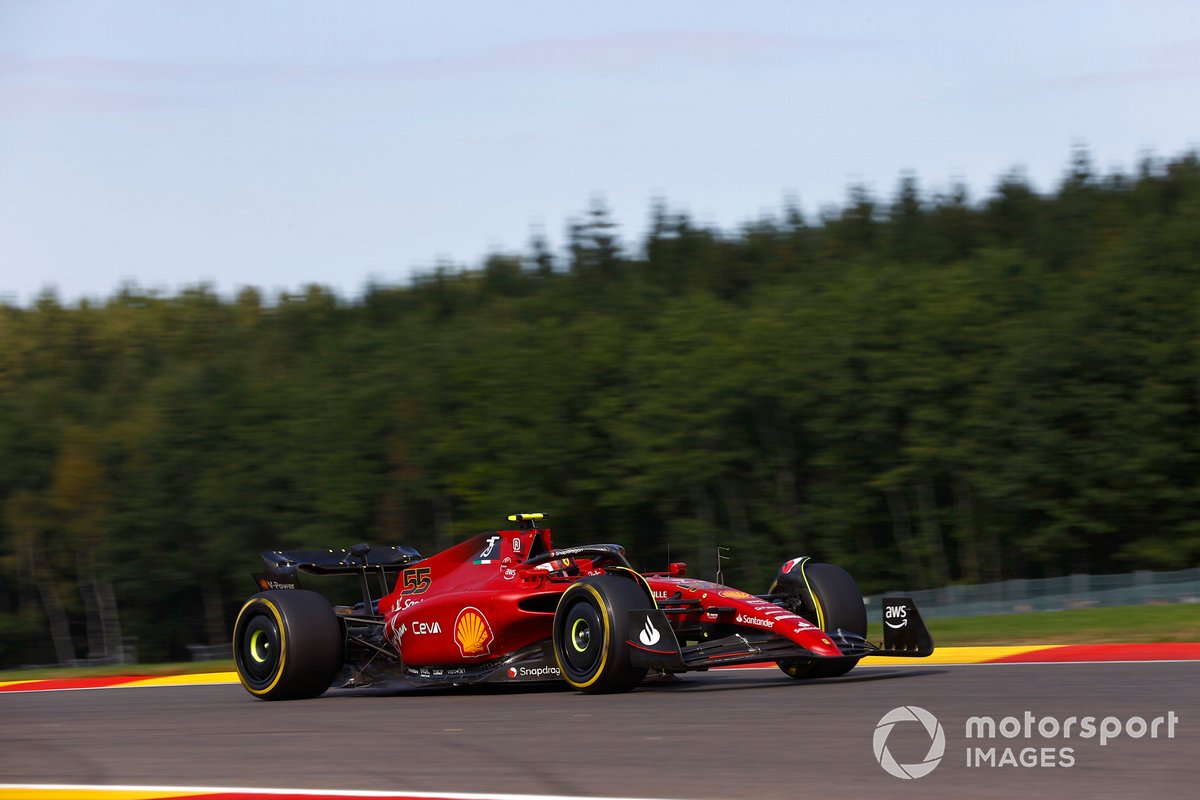 Sainz, who aside from Verstappen was the only frontrunner to start on soft tyres, quickly started to struggle with degradation on Pirelli's softest compound and hopes Ferrari can figure out why it was so far off the pace.

"I had a good start and a good restart after the safety car, but the pace was just not there," he explained.

"We had a lot of overheating with the tyres, and we were sliding around a lot. For some reason our package was not quite there this weekend, but in the end we finished on the podium and we will take it.

"My first two laps were strong, but then we immediately went into high degradation. And then I realised that we were degrading more than what we should."

The Ferrari driver believes the team will have more luck at Zandvoort next weekend for the Dutch Grand Prix, despite Verstappen having won last year's race at the recently renovated circuit.

But he conceded Red Bull are likely to have the advantage the following weekend in Monza, one of the Scuderia's two home races this season.

Sainz added: "Zandvoort should be a better track for us. Monza should be advantage for Red Bull there, but we will try and win it in Zandvoort."