Sainz on Dutch GP penalty: I thought I had saved someone’s life

Carlos Sainz vented his frustration over his penalty for an unsafe release during a late pitstop in the Formula 1 Dutch Grand Prix as he felt he "had saved someone's life".

The Ferrari driver was given a five-second penalty for an unsafe release from his final pitstop in the Zandvoort race, when Fernando Alonso clipped him while he left his pitbox.

Due to the cramped set-up of the Zandvoort pitlane and McLaren undertaking a pitstop for Lando Norris at the same time, Sainz initially had room to join the pitlane after his stop but had to slow and take avoiding action to not hit the McLaren mechanics directly in front of him working on Norris's car.

The delay put him into Alonso's path and the pair made light contact, resulting in the FIA stewards handing the Ferrari driver a five-second penalty which dropped him from fifth to eighth in the final race results.

Sainz explained his view on the penalty and felt he was taking care to avoid hitting the McLaren mechanics.

"First of all I saw it on the car and by the time they released me it was clearly safe with Fernando, but then I had to hit the brakes to not hit a McLaren mechanic that ran into my exit line and it was this braking what generated the 'unsafe release', let's call it like that," Sainz explained.

"If you can call it an unsafe [release] because I was clearly frustrated by it, because I thought I had saved someone's life and not generated a dangerous situation. 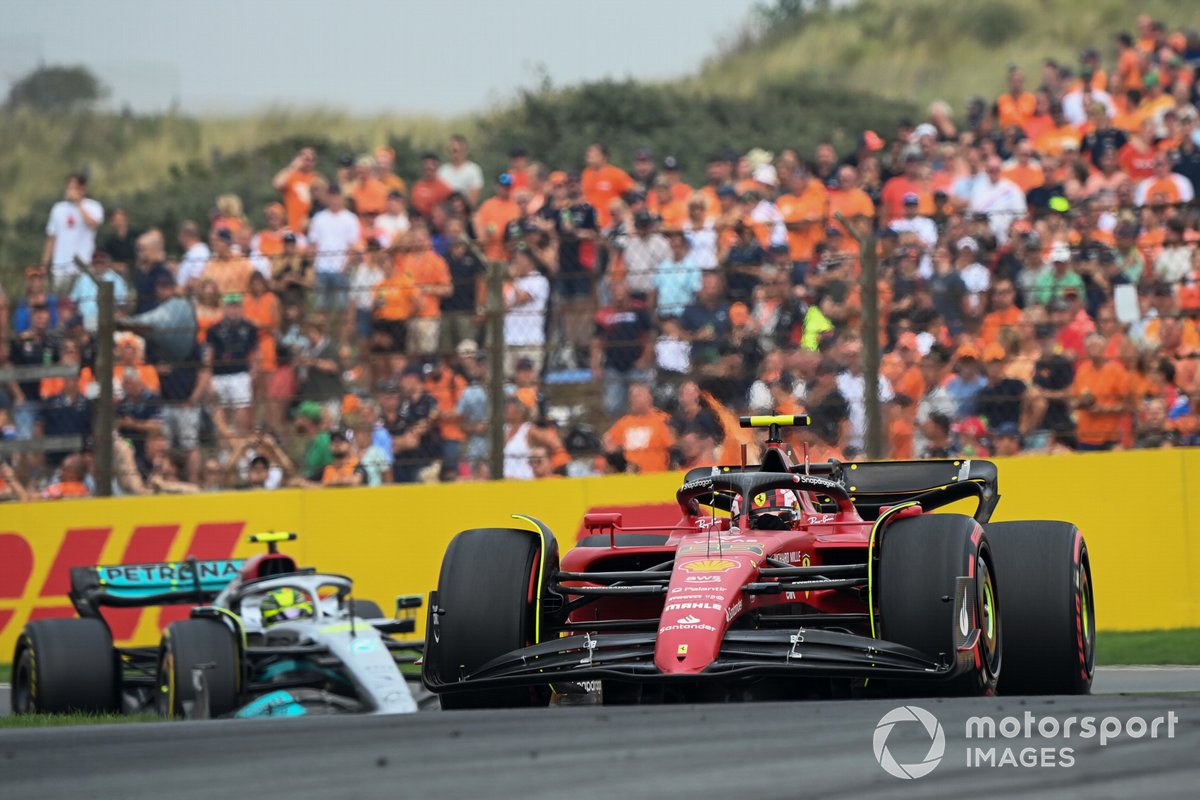 "He [Alonso] hit me because I had to brake, because a McLaren [mechanic] ran in my way. You need to analyse every situation, no? By the time I was released by the mechanics, Fernando was really far behind.

"I'm pretty sure also Fernando exaggerated a bit, hitting me and all that to try and get me a penalty."

It capped off a "very bad day" for Sainz, who endured a lengthy first pitstop in the Dutch GP when Ferrari fumbled his tyres which team boss Mattia Binotto has blamed on a "late call".

"A very bad day in the office," added Sainz. "Just everything that would happen to us happened, we ran into all sorts of trouble during the race and we need to analyse why because it cost us a lot of points today."