Carlos Sainz says he felt more comfortable in his Ferrari Formula 1 car during the Canadian Grand Prix, saying he was able to push without "fear of losing the car".

Sainz has struggled in the early races of 2022 compared to team-mate Charles Leclerc, as he found it hard to get the most out of the fast car the Scuderia built for the new regulations.

Retirements in Saudi Arabia, Imola and Azerbaijan further set the Spaniard back as they limited his seat time and prevented him from gaining momentum.

In Sunday's Canadian Grand Prix, however, Sainz was the fastest man on track as he chased down winner Max Verstappen until the chequered flag.

PLUS: The breakthrough behind Sainz's best weekend of F1 2022 so far

While Sainz was disappointed to lose out to Red Bull's world champion as his wait for a maiden F1 win continues, he said the Montreal weekend was a step forward for him as he feels more comfortable pushing the F1-75 to its limits, stating he "didn't leave an inch to the walls" trying to find a way past Verstappen.

When asked later on Sunday if he now feels capable of challenging Verstappen and Leclerc on a regular basis, Sainz said: "Well, I hope so, but as I said a few races ago, I want to take it a bit more race by race, you know, not thinking too much about the championship or anything like that.

"I really want to focus in getting to a track and see if I can get myself in a good window of performance and comfort inside the car. I think this weekend I did that, right since FP1 I looked very quick, both in qualifying and race pace.

"In the race, I was pushing flat out without any fear of losing the car, like I had, for example, in Barcelona.

"Some good progress being made; we’ve changed a bit of things on the car to try and make it a bit more to my liking, and they seem to be working.

"But at the same time, I think I need more circuits, I need more different kinds of corners to have a proper feel for that." 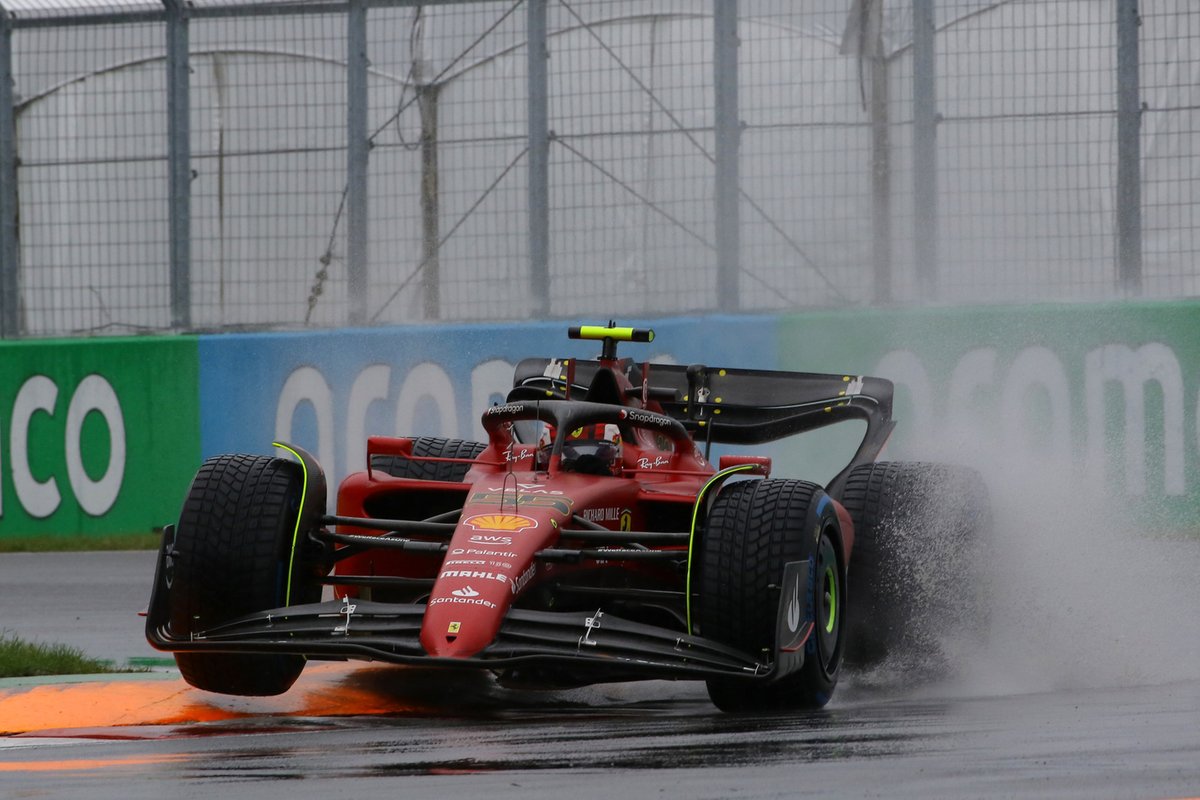 Ferrari team principal Mattia Binotto believes Sainz has shown he can now be a regular contender for race wins, and said it was important for Sainz to show the team can count on him as it fights Red Bull for the constructors' title.

"It has been a very good race and I think race by race he's gaining confidence, improving his driving and being faster and faster and he is happy, he's more relaxed," Binotto added.

"I'm pretty sure that he will prove in the next races now that he is a contender as well, for the win on a single race.

"I'm pretty happy the way he drove and it's important for us as the Scuderia that we can count on him as well, to know he can be very fast."

Binotto singled out qualifying as an area for Sainz to improve, as he started behind Verstappen and Alpine's Fernando Alonso on the second row.

Apart from Montreal, where Leclerc took a grid penalty, Sainz had been beaten by his team-mate in every qualifying session so far this year.

"To win with such a close fight with Red Bull and Max, you need to be perfect on the entire weekend," Binotto added. "And, if anything, maybe the qualifying was not perfect from Carlos. That cost him a bit maybe because being ahead or chasing certainly it's a different matter."