Sainz: Monaco GP podium "doesn't taste as good as it should"

Carlos Sainz Jr has admitted that his first Ferrari podium does not taste as good as it should, after Formula 1 team-mate Charles Leclerc failed to start the Monaco Grand Prix.

The Spaniard delivered a controlled performance around the streets of Monte Carlo to come home in a strong second place behind race winner Max Verstappen.

But he had been left as Ferrari’s only race starter after Leclerc was forced out of the race when the team discovered a driveshaft problem before the car had made it to the grid.

Leclerc had crashed in qualifying on Saturday, but the team had given the all clear for him to keep the same gearbox rather than change it and incur a grid penalty.

With Leclerc out before the start, Sainz said he felt an added burden, and that the weekend could have gone even better for him and his team-mate.

“It is a good result,” said Sainz after the race. “If you would have told me before coming to Monaco that I would finish second, I would have definitely taken it.

“But it is just the whole circumstances of the weekend: having Charles on pole, me missing out in quali yesterday, on a good lap, that it just maybe doesn't taste as good as it should.

“But I'm sure that when I reflect back on the weekend, I will be very happy and proud of the weekend. I think Ferrari, as a team, they need to be proud about the car, and the step they have done this year.” 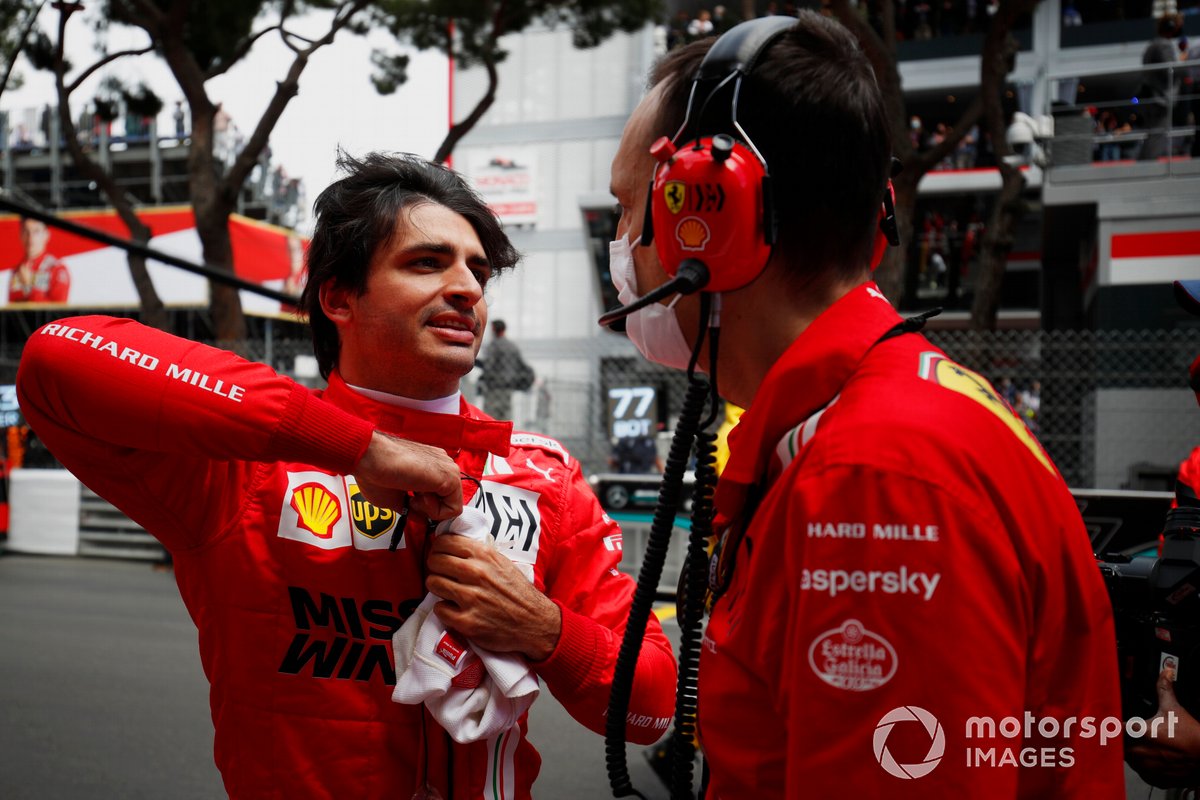 Sainz had run third in the early stages behind Valtteri Bottas, but moved up a place when his Mercedes rival was forced out due to a problem with his right-front wheel in the pitstop.

Asked if his mindset in the race was different because of what happened to Leclerc, Sainz said: “It is. I mean, when you see the other car, not starting from pole, all of a sudden the responsibility obviously relies on you trying to salvage the weekend.

“One car is out starting from pole and you want to give the team at least a podium. It was all about getting the start right then, and around the pitstops there was a lot of traffic and we were lapping the cars very quickly.

“Obviously, Valtteri had the pitstop but even without that I was feeling really good with the car today. I felt like the team at least deserved a podium this weekend.”