Carlos Sainz Jr thinks Mercedes is playing its 'typical' game of hyping up others before turning up at the first Formula 1 race with a winning car.

This week’s final pre-season test has been another good one for Sainz’s Ferrari team, which has maintained the momentum from a strong showing at Barcelona last month.

And with Mercedes appearing to struggle to get fully on top of the handling quirks of the W13, the German car manufacturer has singled out Ferrari as the team to beat heading in to the 2022 season.

Lewis Hamilton suggested after the second day of running in Barcelona that Ferrari could even be on course for a 1-2 in Bahrain based on its current form.

But Sainz is not reading too much in to Mercedes’ comments, and suggests his rival is behaving no different to previous campaigns where it has played down its own form in the build-up to the campaign only to go on and triumph.

“I think it is typical Mercedes,” said Sainz. “Hyping up the others, and then we come to the first race and they blow the competition away, which is typical.

“If it was the first year they did that [tipped others], then maybe I would believe them. But they have done it for five or six years now and they keep crushing us in the first race. So, as you can imagine, I don’t believe much.

“Already we can also see what they are doing...and I am not going to say much.” 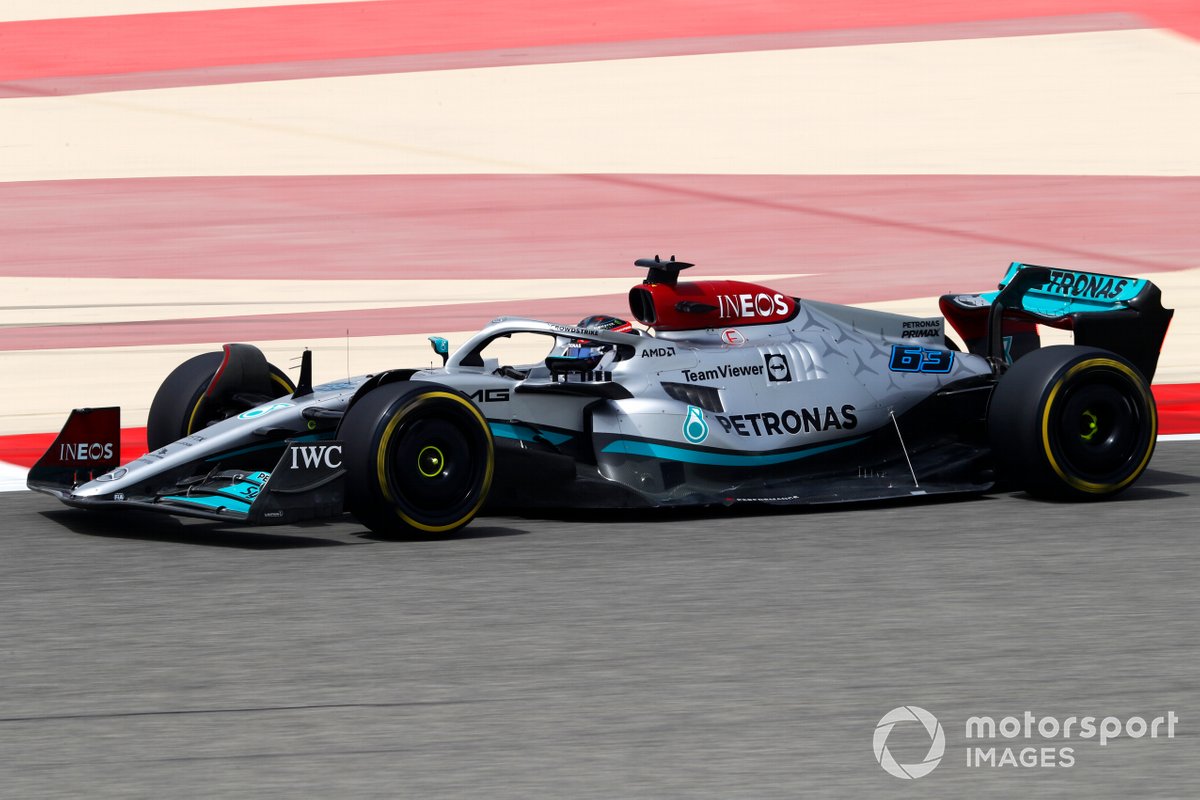 Sainz’s final comment is likely to be in reference to the GPS traces that show the comparison in car performance between the Mercedes and Ferrari cars.

Analysis of the best lap times of the two cars shows there is very little to separate them in performance through corners, but the Mercedes loses most of its time on the straights.

The theory is that Mercedes is running with its engine’s performance wound down in a very conservative mode, so it does not show its full potential yet.

Red Bull team boss Christian Horner agrees that Mercedes has not yet offered a glimpse of what it is capable of, which makes it hard to work out who is ahead right now.

“It's just impossible to tell,” he said. “What you can say is that it is only going to be next Saturday that you'll get the first snapshot when the fuel comes out and people run as close to the weight limit as they can. Then we’ll see how competitive they are.

“I think that's what is fascinating about having a complete clean sheet of paper. I don't think Mercedes are fully showing their hand yet.

“I think that Ferrari are the form team you'd have to say at the moment, but hopefully we can be in there as well. It looks like McLaren has a strong car. and Alpine has been quick, so it's impossible to predict.”

Hamilton is clear, though, that Mercedes is not playing any games in disguising its pace, as it battles handling problems with the W13.

Asked about Sainz’s comments, he said: “We would be really, really, really good if we were having all these oversteer moments and having this tacky driving, just to hide our car [pace]. It's not the case.

“We definitely have things that we're trying to get through. I think, as I said, others are struggling less but who knows? Maybe when we get to next week, we'll have a better understanding.”