Since leaving McLaren for Ferrari over the off-season, Sainz has often encountered his former team on track as the two outfits battle over third place in F1's 2021 constructors' championship.

Last weekend's British GP was the latest race in which the Spaniard was locked in battle with a McLaren, having shadowed Ricciardo for large spells of the Silverstone race as they fought over fifth.

But as in the Bahrain season opener and the Spanish GP - where both times Ricciardo also kept him at bay - Sainz was unable to negate the McLaren's excellent straightline performance, aided by its switch to Mercedes power this year.

"Unfortunately, it has happened to me now a few times that stuck behind a McLaren I am not able to pass," Sainz said after finishing sixth at Silverstone.

"It's not news, they have a very strong straightline speed, very strong deployment and power on exit of corners and it is probably one of the most difficult cars to overtake." 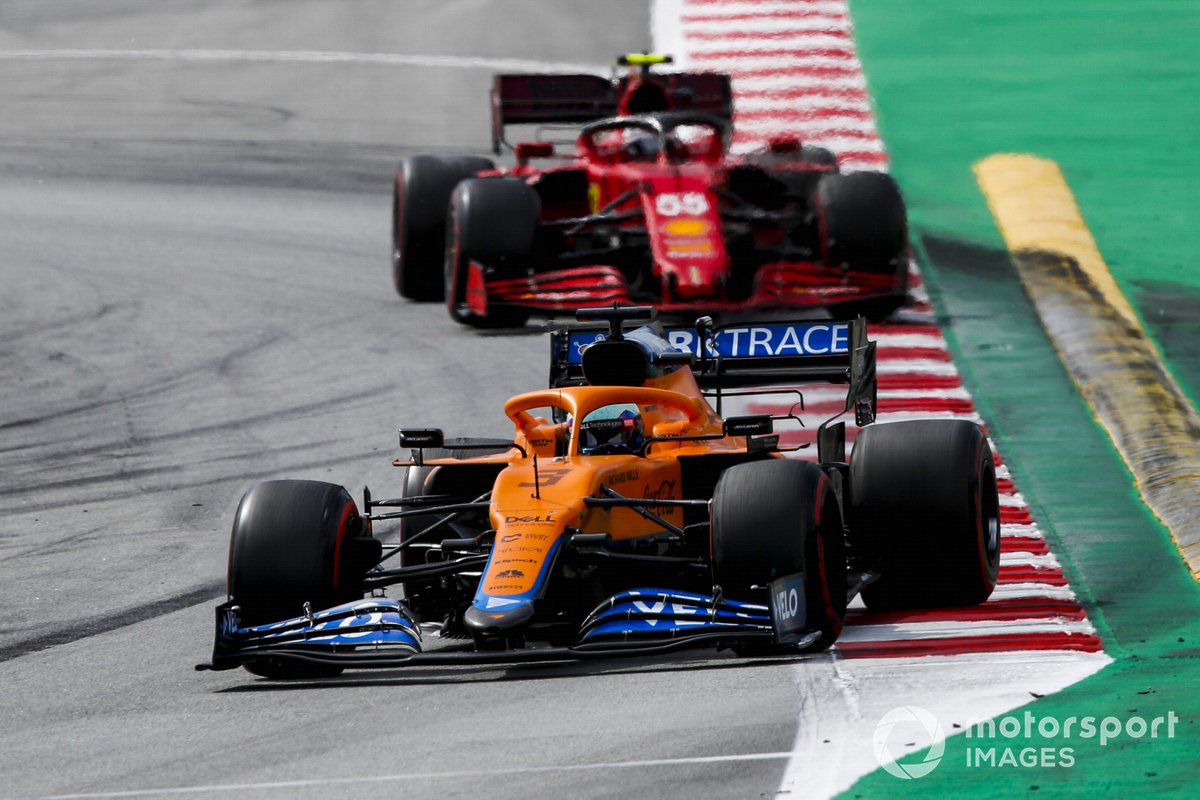 Sainz was left frustrated after an early overcut on Ricciardo failed to work out due to a poor pitstop from Ferrari, which left the Spaniard in the pitbox for ten extra seconds while his front-left wheel was tightened.

That ultimately meant Sainz would be stuck behind the Australian until the end.

"Yeah, unfortunately we were a step behind Ricciardo the whole race," he added.

"First on the medium, then we actually managed to overcut him with a very strong pace during the cleaner laps but unfortunately after the slow pitstop I had to go behind him again.

"Even though I had DRS I wasn't close enough to him to try to get him."