Carlos Sainz and Kevin Magnussen will start Sunday's Formula 1 French Grand Prix from the back of the grid after taking fresh engines ahead of final practice.

Ferrari driver Sainz was forced to retire in the closing stages of the Austrian Grand Prix two weeks ago when an issue on his engine led to a fire, leaving the team braced for penalties in France.

Ferrari confirmed ahead of opening practice at Paul Ricard on Friday that Sainz's power unit had been fitted with a new control electronics, taking him over the season limit and triggering a 10-place grid penalty.

But the team has now opted to take further additional elements, including a fresh engine, turbocharger, MGU-K and MGU-H, that mean Sainz will start Sunday's race from the back of the grid.

The Spaniard set the fastest time on Friday, but was braced for the fight back through the field to be a challenge after finding overtaking in practice to be "a bit trickier than expected."

"There's tail wind on the back straight, and with this tail wind it looks like the slipstream and DRS effect is a bit low," Sainz said.

"I need to find ways to overtake and the best medicine for that is to just be a bit quicker come Sunday than what we are. 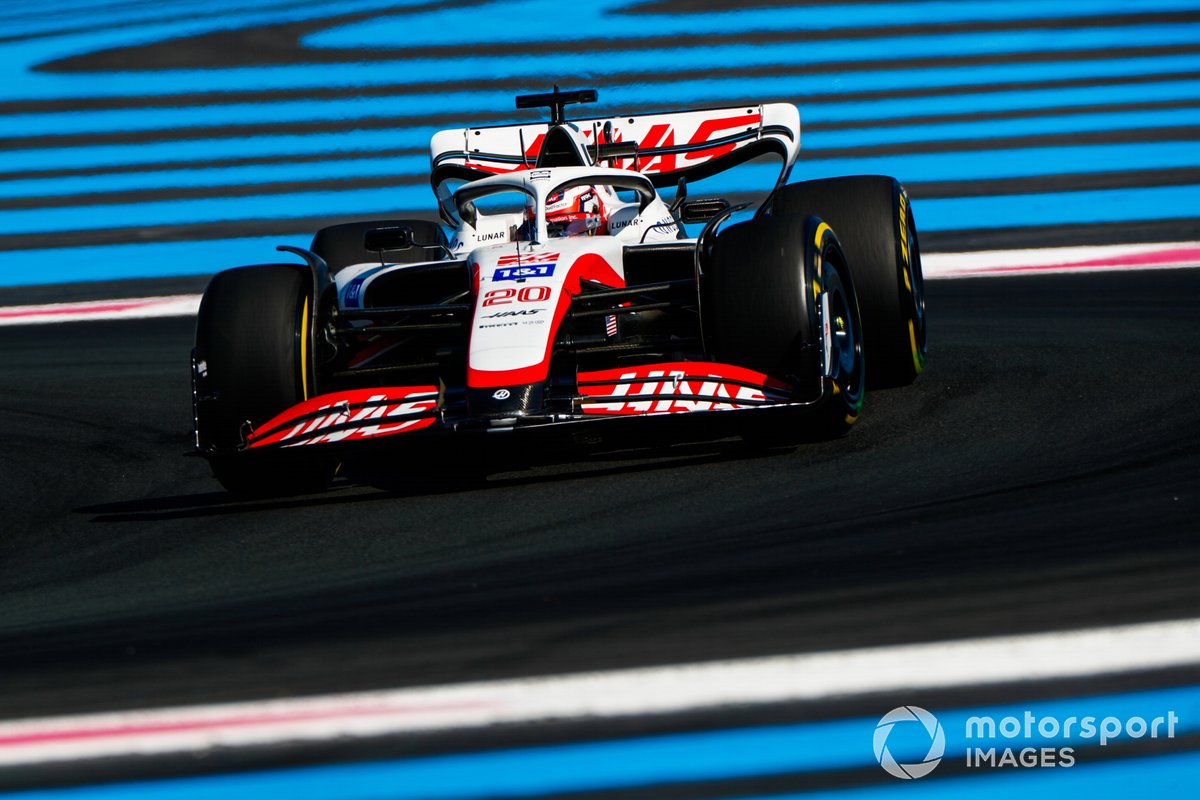 "Let's see when everyone is running the engines modes flat out if we if we have the top speed to overtake. I hope we do, because I need to make up a lot of places."

Sainz will be joined at the back of the grid by Haas driver Magnussen, who has also taken a number of new power unit elements ahead of final practice in France.

Magnussen's power unit has also been fitted with a new engine, turbocharger, MGU-K and MGU-H, as well as taking a fresh exhaust system.

Sainz and Magnussen will occupy the final row of the grid, with whoever qualifies higher on Saturday getting to start 19th.

The only other update from the FIA regarding fresh components ahead of final practice was a new exhaust system for Sainz's Ferrari teammate, Charles Leclerc, but this is without penalty as it is his seventh of eight available this year.