Carlos Sainz Jr says speculation that he and Ferrari were suddenly struggling to agree terms for his new Formula 1 contract left him "laughing at home".

After his successful first season with the Scuderia in 2021 – where he edged teammate Charles Leclerc in the drivers' standings and took four podiums – a quick extension to his initial two-year deal with the Italian team was expected.

Team boss Mattia Binotto said at the end of the 2021 campaign that discussions between the two sides would commence during the winter break, with Sainz confirming he was "in the middle of the discussion" at the launch of Ferrari's F1-75 car.

He then added that things were "extremely close – nearly there" after the Bahrain season opener, where he helped the team score a 1-2, with Leclerc winning.

At the same time, Binotto said "we found an agreement – it's only a matter to translate it into paper", but reports emanating from Germany last week suggested the two sides were having trouble agreeing to the exact nature of the two-year extension Sainz wanted – if it would be a straight deal for that length or if the team would have the option to confirm it definitely wanted the Spaniard for 2024.

Speaking after Ferrari announced that Sainz would be part of its line-up alongside Leclerc until the end of that campaign ahead of this weekend's race at Imola, Sainz dismissed the rumours.

"You can imagine how much I was laughing at home" he initially joked, "when people started writing these things!

"Because I had everything pretty much done and we were just waiting for Imola to announce [it]. Funny times, like always in Formula 1, with the gossip and all that." 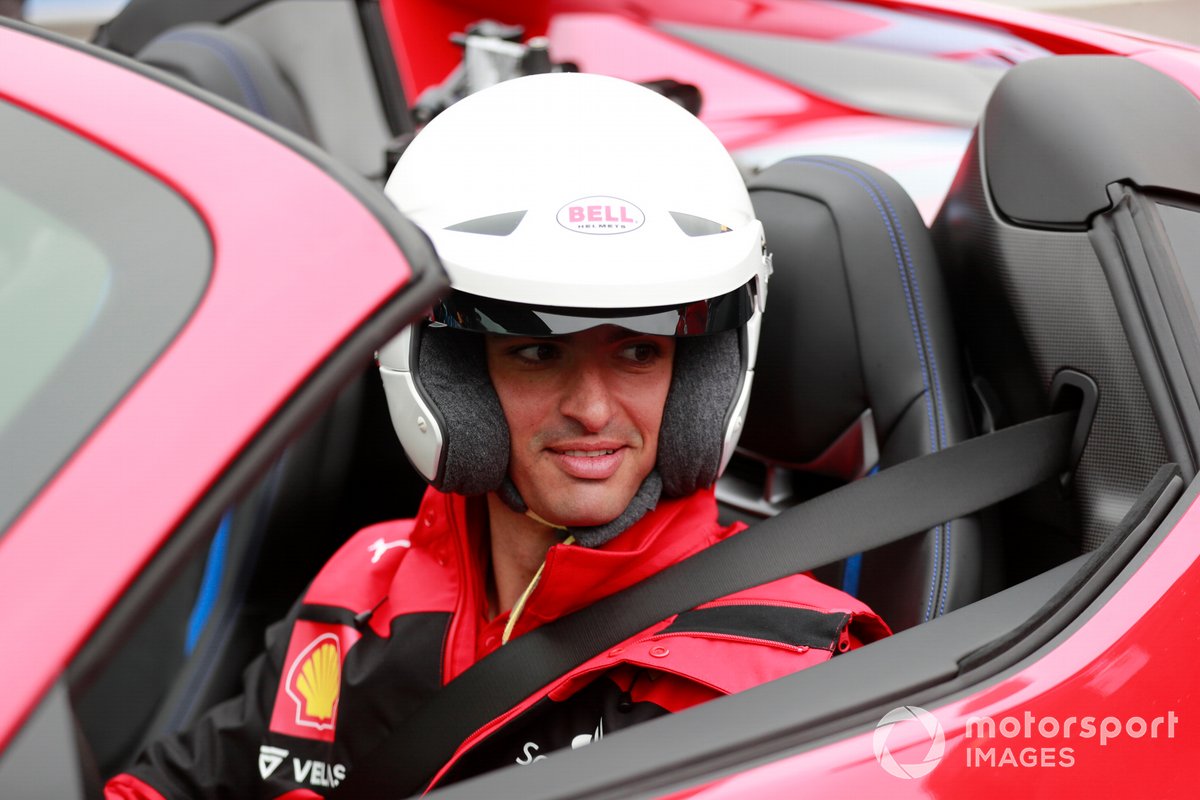 Sainz added that agreeing his new deal with Ferrari was "super straightforward".

"It's been easy going," he continued. "I guess, after such a good first year we had.

"Just getting to agree through the winter was fairly easy for both parties and just now having the opportunity to announce in a place like Imola, in front of the Tifosi, on a weekend like this, it was ideal.

"So, we put together a good plan for the announcement being here."

When asked by Autosport about how important the length of his latest F1 contract would be to avoid destabilising his driving performances – Sainz bounced around four teams in the first seven years of his career in the championship, which was nearly ended by Daniel Ricciardo's agreement to join Renault for 2019 before he found a refuge at McLaren for that year – he replied: "It's key.

"It's no secret recently that not only me, I think you've heard also other drivers saying that it's important on the driver's side to have full mind focus on the performance, on the racing, and not having to focus too much on what the future holds.

"And for me, I have been, since I discovered when I raced for McLaren, I've been very vocal towards [contract stability].

"And yeah, honestly, I've been pretty sure all the winter that we were gonna secure this, so it's not like I was worried in the first three races [so far in 2021].

"But it always gives you that extra bit of a boost."

Leclerc: Ferrari can't look over its shoulder at Red Bull and Mercedes