Carlos Sainz Jr hopes that Formula 1 drivers don’t have to live with ‘annoying’ porpoising for the entire season.

F1 teams found their first pre-season test at Barcelona in Spain last month over shadowed by their cars suffering from excessive bouncing on the straights.

The issue, which is a legacy of the switch to more ground effect aerodynamics for 2022, affected all teams to some extent but a few were able to get a better handle on it.

However, getting rid of the porpoising without compromising performance will be quite tricky as teams prepare for the start of the season – and that could leave drivers in a situation where they have to endure it.

The reality of what drivers may face should become clearer at this week’s second pre-season test in Bahrain, but Ferrari driver Sainz is one hoping for a quick solution.

“It doesn’t feel great, obviously,” he said. “Especially when you think that we’re doing 300 km/h and we’re jumping 30-40mm up and down like crazy. Annoying.

“But hopefully it’s resolved and it’s not something that we need to live with. It’s quite on the limit. You have to trust the engineers and everyone around you that it’s just going to keep getting better, as we learn these ground effect cars.”

Alfa Romeo’s Valtteri Bottas, whose team suffered multiple problems with porpoising in Barcelona, said the shaking around from the bouncing impacted vision on the approach to corners.

“I would say it affects a bit of everything,” he said. “For sure it’s not very comfortable if it happens, visually it gets a bit tricky and you lose overall load because basically, the level of the downforce goes up and down and it can affect the braking as well. 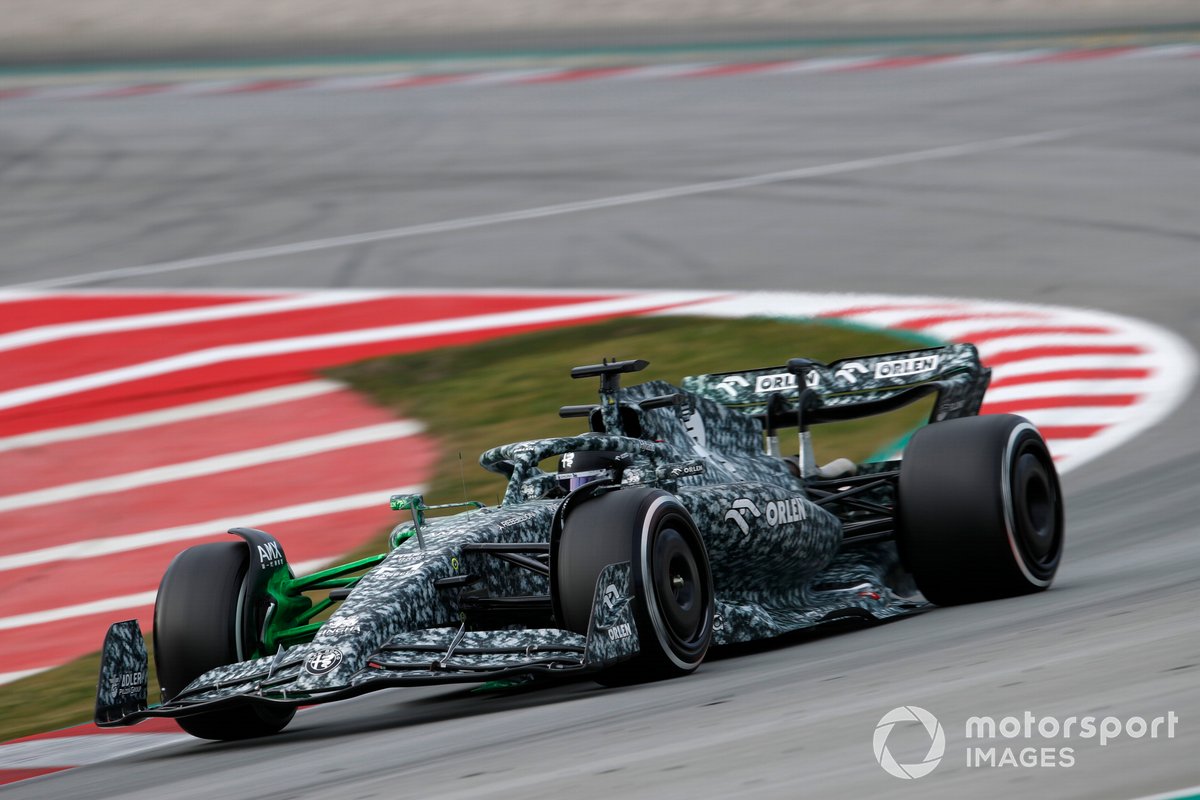 “One concern obviously is, if you carry on long like that, the reliability of certain parts in the car. So I think that’s quite a new thing for every team to learn how to deal with that and how to optimise the set-up to deal with it. I would say it’s for sure for everyone been a bit of a challenge.”

AlphaTauri’s Pierre Gasly reckoned that teams would need to be mindful about the potential impact of porpoising at certain periods of races, especially when tyre pressures drop and the cars could be naturally running closer to the ground.

“It's not that pleasant,” explained the Frenchman. “Driving-wise, it was a bit shocking the first time it happened when we tried the car because we didn't really expect it. But it's just finding ways to go around it.

“We know that in certain circumstances in the race - safety cars, tyre pressure dropping etc - we may face this and it may actually become an issue in the race.

"We'll have to think about all these different situations where things will get a lot worse.

“But at the moment, we clearly have to put development in place to try to improve that because there's clearly some performance and I think some teams got it better than others.

"We're not in a bad place, but clearly, we can do better.”