Carlos Sainz has revealed that he has had to "completely" change his driving style to get on top of the characteristics of Ferrari's current Formula 1 car.

The Spaniard had hoped to hit the ground running this year after a strong first season with Ferrari in 2021, in which he had few problems adapting to his new surroundings.

However, Sainz found himself on the back foot in the early stages of this campaign. He could not get as comfortable with the F1-75 as team-mate Charles Leclerc.

That left him a couple of tenths adrift of Leclerc from the off, as he and his Ferrari engineers set about chasing solutions to try to get him more at one with the car.

Despite numerous set-up experiments, no changes delivered the breakthrough Sainz needed. It was only a complete rethink of his approach to driving the car that helped him turn things around.

Speaking exclusively to Autosport, Sainz said the situation he faced in the early races was tough to endure because it was something he had never experienced in his career before.

"It was frustrating after such a strong first year with the team, where I found very few issues with the car," he said.

"I felt like, after the first few races in 2021, I knew where the limit of the car was. I only had to find one or two tenths in a certain type of corner and I was ready to compete. That's why the second half of the season was so strong and I could get on top of it.

"This year was finally a competitive car, finally a car able to battle for wins, and suddenly I find myself in a position in which I've never found myself before, which is being a bit more than two tenths off.

"I've never been more than two tenths off a team-mate, and I'm scratching my head to see where all this lap time is coming from. It was frustrating, because it was the first time I had a competitive car that could allow me to fight for wins."

While Sainz had previously been reluctant to explain how he finally produced a step forward in Canada, prior to taking his maiden pole position and victory at the British Grand Prix, he has finally opened up on how he had to take it upon himself to do things differently.

"I kept it quite secret where my struggles came from," he said. "I think people who understand the sport, and people who do in-depth analysis, more or less know me by now, and know where the issues came from. But just to make it short: I had to completely change my driving style.

"I also had to try things with set-up. Most of them were in the wrong direction, and then we had to rediscover the right direction. This takes races. There's no testing anymore, so you need to test on race weekends.

"That means sometimes you have to commit to a race weekend with a setup where you basically have it wrong for that weekend. And it means another weekend not performing.

"That accumulated frustration until around the time of the Canadian Grand Prix, where I started to find my way a bit. And since then, I've started performing a little better."

While Sainz did not want to reveal any technical secrets, he said the issues mainly revolved around specific corner speeds where Leclerc was doing better than him. 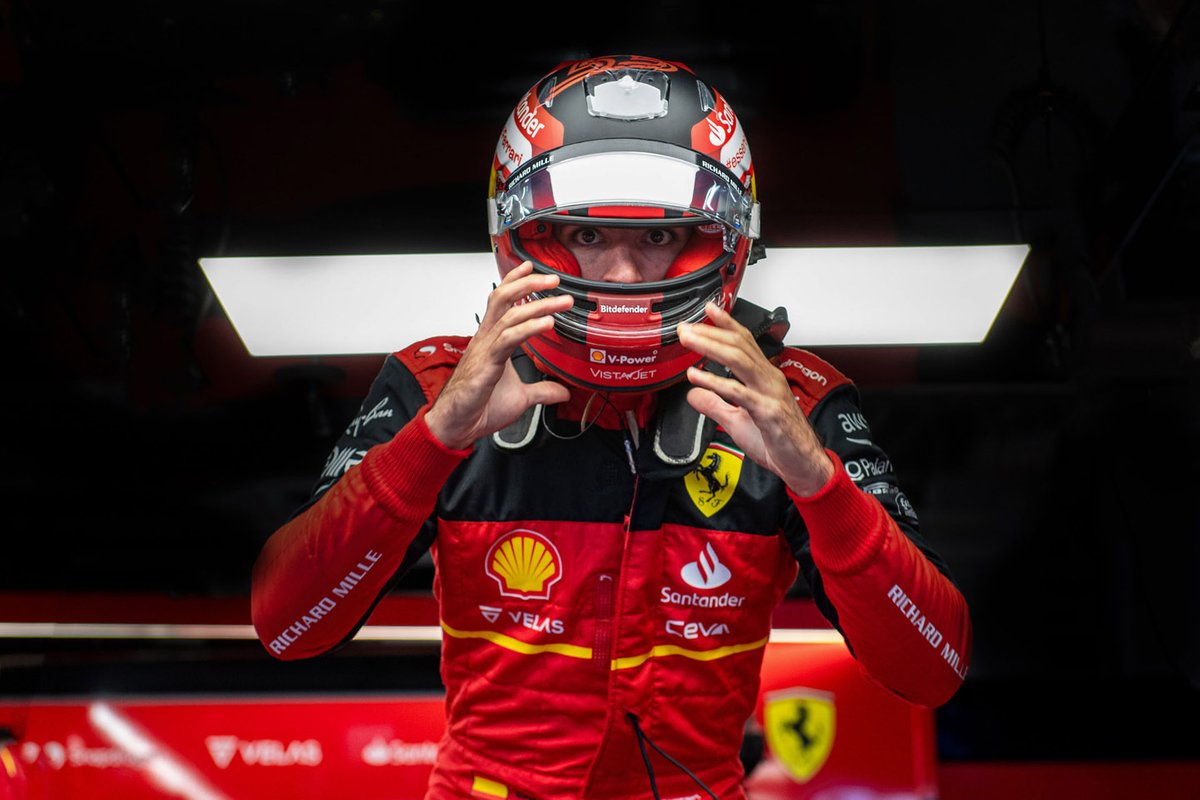 "It was a bit everywhere, but it was a certain kind of corner speed and a certain driving style that I wasn't doing well with this car," he said.

"It sometimes happens in the career of a racing driver. You jump in a car, like I did in 2021, and you do nothing: you just drive it, and you are quick straightaway.

"Then sometimes you jump in a different car, you think you've done a good lap time, but then you see it compared to others and it's not that quick.

"It is natural. But it frustrated me that that point of my career had to come when I had a competitive car."

Sainz said the need for him to adapt more to what the car needed, rather than being able to change the setup to suit him, was driven by the technical limitations in the 2022 regulations.

"The team obviously listened to me and knew where my struggles were," he said. "But in a budget cap era, and with such simple car regulations like we have nowadays, they are very simple cars. You have very little freedom to play with set-up.

"It wasn't until very late in the year that we brought a couple of things that have helped me to really find a bit more from the car.

"Everything since Barcelona, which was my lowest point in terms of qualifying speed and race speed, was me pretty much changing the whole driving style and trying to find a car that gave me a bit of confidence."

Since getting on top of the car, Sainz has seen an uplift in his form – which he hopes gives him the foundations to have a much better 2023 season.

However, despite some very strong performances, he confesses that he is still not as comfortable with the car as he would like.

"There are little things that suddenly raise your confidence and that's where I started to feel like I can also be quick with this car," he said.

"At the beginning of the year, you always have your doubts. Is this car ever going to give me the confidence I had with last year's car? Am I ever going to find the right way to drive this car to the level that I know I can? You have these doubts.

"But then these little details help you to trust the process and trust all that hard work that I had to do - although there were many times that I had got it wrong with the set-up direction, with my driving.

"It's still not a car that I like, honestly, as far as how to drive it is concerned. I still have to think a lot while driving. And I'm not driving fully naturally yet. But at least I know that if I put everything together, I can be there."

Hamilton: Important I “gee everyone up” at Mercedes for 2023 F1 fightback