Sainz edged out Ferrari team-mate Charles Leclerc by just 0.065 seconds during their final runs in Q3 to claim his third F1 career pole.

Sainz’s maiden pole came at Silverstone in wet conditions, while he inherited first on the grid for the Belgian Grand Prix in August due to grid penalties.

The Spaniard recently vented his frustration over the fine margins he often lost out on pole by at races this year, making his result at the Circuit of The Americas on Saturday a welcome one.

Sainz said his pole lap was “a lot of fun” but “very tricky out there with the winds that we have today” which made “every corner is a bit of an adventure with these cars.”

“But I managed to put together a good lap without mistakes, and pole position, it was a long time coming after a few qualis in the dry getting very close to it, but not quite getting there.”

Asked by Autosport what had been the key to turning his fortunes on a Saturday around, Sainz replied: “I keep my head down, trust that one day it was going to come, keep trying different things in free practice, get the car a bit more to my liking and try different things on driving style and set-up. 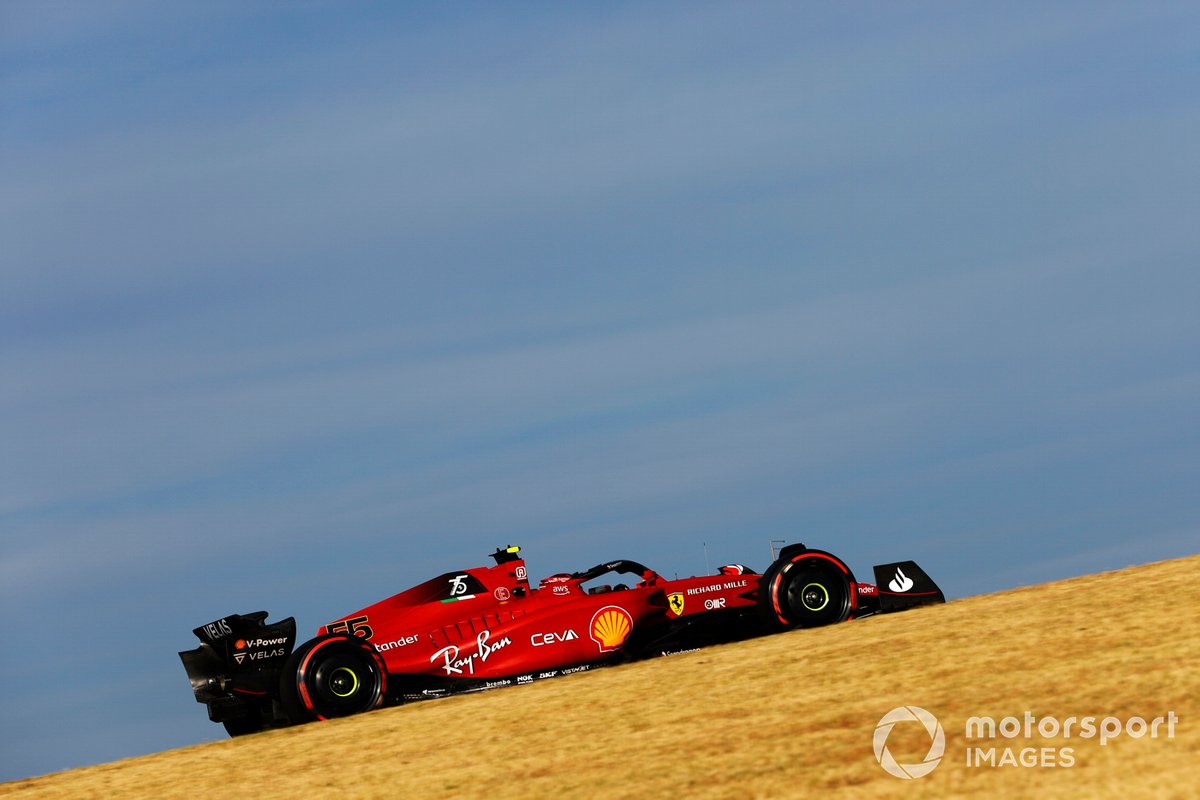 Ferrari has not won a race since the Austrian Grand Prix in early July, having struggled with tyre degradation over the long runs through the second half of the season.

In the same period, Red Bull has taken steps forward, allowing Max Verstappen and Sergio Perez to contribute to a seven-race win streak.

“I’m not going to lie, I think for tomorrow, Red Bull are still favourites,” said Sainz.

“I think they normally have the better race pace, they normally get us in the race, because Max does a great job, or Red Bull has a very good car in race trim.

“But we’re going to do everything we can to try and stay ahead tomorrow and win the race, which would be an amazing way to start these last four races."

Verstappen: Mateschitz news made for "tough entry" to US F1 qualifying