Carlos Sainz says he is "fed up" of narrowly missing out on pole position after the Ferrari Formula 1 driver landed third in qualifying for the 2022 Japanese Grand Prix.

The Spaniard, who notched his two F1 poles earlier this year at Silverstone and Spa, fell short in the Q3 shootout at Suzuka to slip behind pacesetter Max Verstappen and Ferrari teammate Charles Leclerc.

Sainz appeared to have the measure of a scruffy Leclerc throughout the dry running on Saturday but at the death in qualifying, he slipped behind and was 0.057s adrift of Red Bull driver Verstappen's benchmark time.

This he blamed on overworking the soft Pirelli tyres leading up to the final chicane to lose rear traction.

Explaining the run, Sainz said: "It was a good lap. Clean all the way until the last chicane. There, probably I overcooked a bit the tyres going in and it cost me quite a bit of lap time.

"But [there was] another half a tenth that we could have got there."

He added: "It was a very clean lap, a very good lap all the way until the last corner. I picked up quite a bit of wheelspin, just a bit too much for my rear tyres in that last lap."

After his early-season complaints over handling the twitchy rear end of the Ferrari F1-75 compared to Leclerc, Sainz has closed his one-lap shortcomings to his teammate. 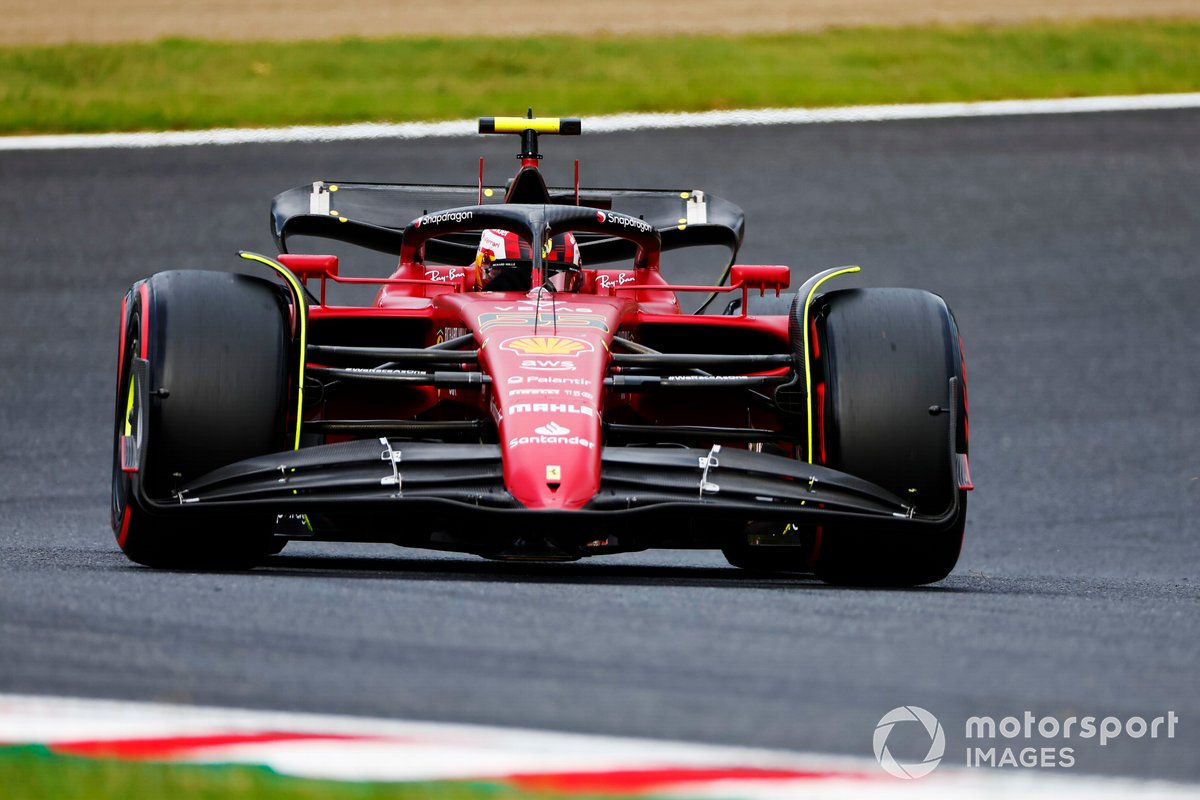 British GP victor Sainz missed out on pole in Hungary by 0.044s to George Russell and after topping qualifying at Spa, was third at Zandvoort and a narrow 0.092s off the pace.

Despite the gap growing to a little over two tenths for the most recent Italian and Singapore GPs, Sainz said he was "fed up" with his near misses but was determined to earn another pole over the four remaining rounds.

He said: "I'm a bit fed up of being half a tenth off from pole. I think it's been a few qualis now, consecutive since Zandvoort.

"Also, before the summer break, where we are all three very tight with each other. But somehow it tends to fall into Max or Charles' hands instead of mine.

"Hopefully towards the end of this season, I will end up getting one and get it out of the way."