Carlos Sainz will drop 10 places on the grid for this weekend’s Formula 1 French Grand Prix after Ferrari took a new control electronics on his power unit.

Sainz was forced to retire from the Austrian Grand Prix while running third in the closing stages two weeks ago after a fire emerged on his car following an engine failure.

The issue and fire left Ferrari weighing up whether or not to change Sainz’s power unit and take a grid penalty at Paul Ricard this weekend. Ferrari F1 boss Mattia Binotto said after Austria that it was “very likely” a change would be required, while Sainz said on Thursday that there was “a chance” he may have to do so.

Following the start of opening practice in France, the FIA issued an update confirming the new power unit elements taken for this weekend, one of which was a fresh control electronics on Sainz’s car.

As it is Sainz’s third control electronics of the season, breaking the yearly limit of two, it has triggered an automatic 10-place grid drop.

Sainz’s power unit has also been fitted with a fresh energy store, but as it is only his second element of the season, he remains within the yearly limit and has no additional penalty. 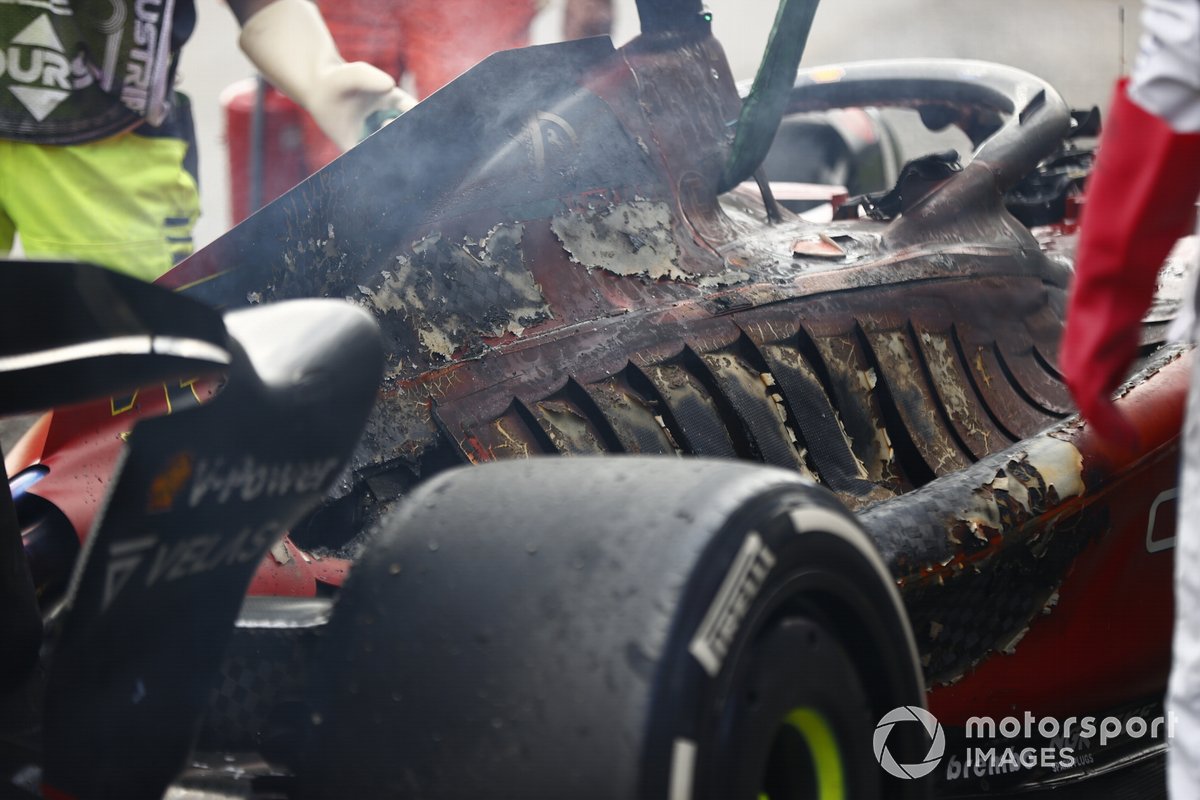 But should Ferrari it opt to stagger any further power unit changes through the rest of the weekend - an approach taken with Charles Leclerc in Canada - and take a fresh engine, turbocharger, MGU-K or MGU-K, then it would drop Sainz to the back of the grid.

The penalty will come as a further setback for Sainz, who said on Thursday that the Austria retirement came just as he was “getting my championship hopes back up” following his win at Silverstone. The Spaniard now sits 75 points behind standings leader Max Verstappen, and is 37 back from team-mate Charles Leclerc.

Changes have also been made to Lewis Hamilton’s car at Mercedes for France, where he will run with a fresh turbocharger, energy store and MGU-H this weekend. All the new elements remain within the limit, meaning Hamilton will serve no grid drop.

Hamilton is joined in taking a new energy store by Sainz, George Russell and Zhou Guanyu, while Verstappen and Lando Norris both have a new exhaust system for this weekend without any penalty.