Carlos Sainz believes Ferrari’s “test day” approach to Friday’s Formula 1 practice running in Hungary helped remove some doubts over its set-up direction for the rest of the weekend.

Max Verstappen doubted Red Bull would be able to compete with Ferrari if things stayed dry in Budapest, but rain is set to impact Saturday’s running.

“Today was a good day to test a few things because the conditions were very stable throughout the day,” Sainz said after practice on Friday evening.

“We definitely managed to take out a couple of doubts of the direction to follow through the weekend.

“It was a very interesting Friday, let’s call it a test day, and for tomorrow and Sunday, we will put everything that we think is more competitive.”

Sainz arrived in Hungary looking to build on his pace last weekend in France that saw him impress through practice and qualifying before recovering from a back-of-grid engine penalty to finish fifth. 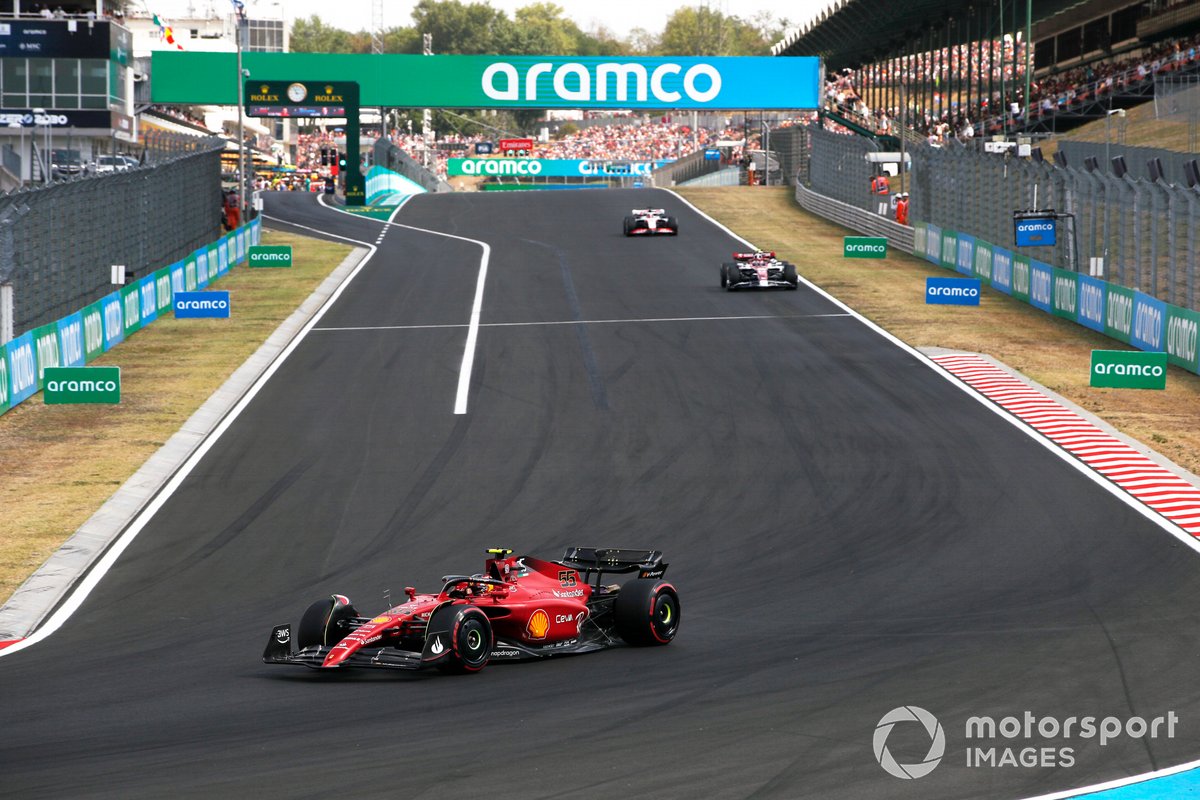 The Spaniard said he was “very comfortable and very happy” with the car balance from the start of first practice in Hungary, only to go down some different set-up routes in the second session and take a step back.

“You always feel like there are things to improve and things to find,” Sainz added.

“We tried a couple of different set-up directions going into FP2 which made us lose a bit of confidence and performance, but we know exactly why.

“For tomorrow and Sunday, we believe that we can go back to where we were in FP1 and be again more competitive.”

Leclerc labelled his Friday as being “very productive” after ending FP2 two-tenths of a second clear of the pack.

“We changed quite a lot of things on the car my side,” he said. “I think FP1 was quite tricky, FP2 we took the right road, so confident that we did the right work for Sunday.”