Ferrari driver Carlos Sainz says he has kept his spirits up during a "nightmare" 2022 Formula 1 season and admits it would have been easy to give up on it.

The Spaniard struggled to come to terms with the Ferrari F1-75 in the first part of the year and had to adjust his driving style to suit it.

However, while his personal form has improved relative to team-mate Charles Leclerc, the car has latterly not been as consistently competitive as it was earlier in the year, with Red Bull's Max Verstappen clinching the record for the most wins in a season with his 14th victory of 2022 in Mexico last weekend.

Sainz, who scored his maiden F1 win at Silverstone, cites his pole at the US GP and a strong race in Mexico as signs that he has made progress despite languishing sixth in the championship behind both Mercedes drivers with two races remaining.

"I just know how to drive," he said in Mexico of his better form. "I mean, it's instinctive. I'm not thinking about driving anymore.

"And you can see the lap times are coming a lot easier. And I'm back to a level that I should have been at the beginning of the year. Now that I'm at that level, our car is maybe not as good.

"It's been a nightmare of a season to be honest because of all these things; all the DNFS, being slow when the car was quick, and now I'm quick and we are not as quick as we used to be. So it's everything that has gone wrong.

"This season has gone wrong, but the positive side is that I'm keeping my spirits up even on a horrible season or impossible to be more difficult season. And I'm still there with my engineers fighting, still finding lap time in this car.

"I think it could have been very easy to give up on it and let the year go away, but the pole in Austin and again, being quick out here today, I think it's a good sign for us." 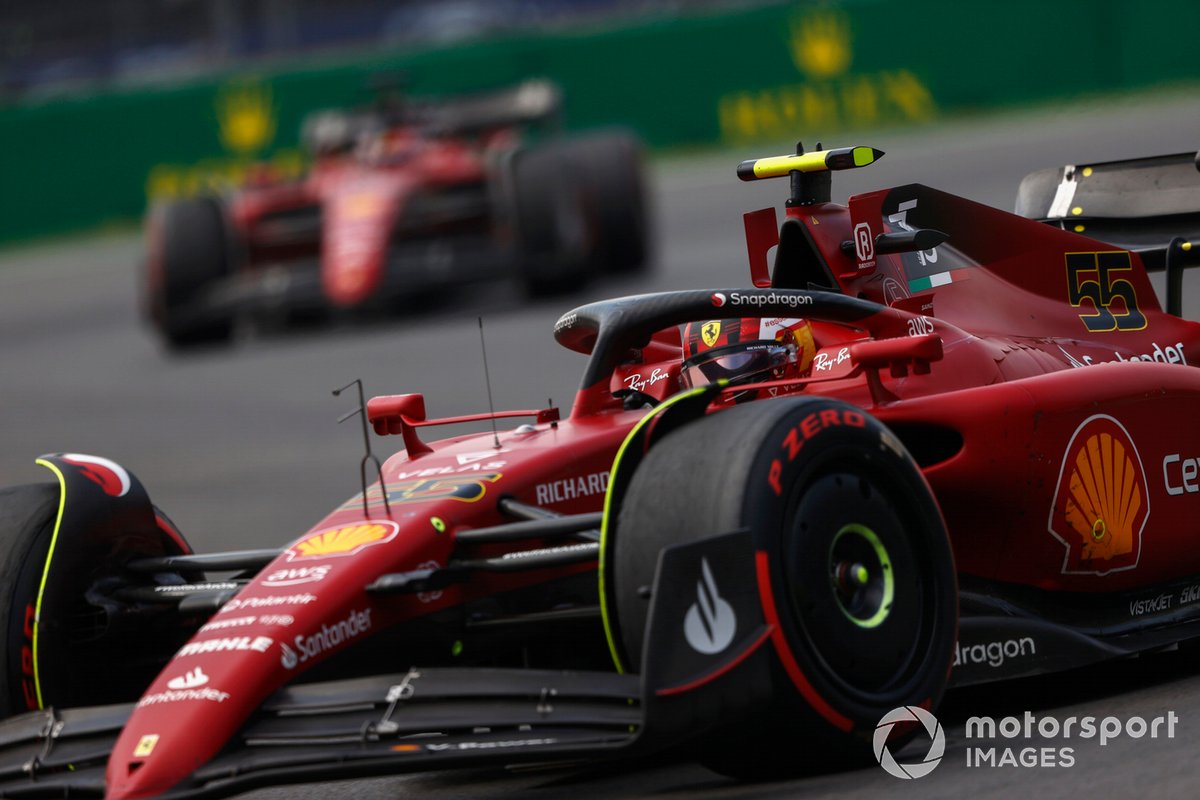 Sainz is confident that the team can make progress next season as it seeks to close the gap to Red Bull.

PLUS: The 10 steps Ferrari needs to take for the Prancing Horse to be stable

"New year, new car, new regs even with the floor," Sainz said on Ferrari's prospects for 2023.

"We have another chance, and I fully trust that the team will produce another great car like the car that we had this year, and that we will learn from the mistakes done this year.

"I will learn from the mistakes I did this year, and we will be more in the fight and ready to fight. Looking forward also for Mercedes. It looks like they're going to join us at the front."

Sainz also paid tribute to rival Verstappen after his record-breaking tally, stating: "You never expect that, especially when you have a good car at the beginning.

"I wish that I would have felt a bit more comfortable at the beginning of the season to make things also a bit more complicated for Max, and together with Charles put a up bit more of a fight.

"But Max has had an amazing season, he deserves it.

"I think they are dominant now, I think now the Red Bull is starting to be a dominant car, but at the beginning of the season for sure not, and there is where he did a tremendous job.

"My target is next year to start at the level that I am now, which is a pretty decent level, and make things more complicated to Max."