Zhou was pitched upside down on the run away from the original start, and skidded through a gravel trap before rolling over a tyre barrier at the opening Abbey corner.

Although his Alfa Romeo ended up wedged between the tyre barriers and catch fencing, marshals were able to get him out of the car and the Chinese racer was later given the all-clear by Silverstone’s medical staff.

While positive news of Zhou’s conditions was made clear during the near hour-long wait drivers faced before the British GP was restarted, Sainz says he opted not to have a look at what had happened.

It was only after the race finished, when following his victory Sainz saw the accident in the pre-podium room, that he comprehended how big a smash it was.

“I took the decision not to see the accident,” explained Sainz. “When a red flag happened, I knew there must have been a big shunt for the red flag. But I didn't watch the TVs.

“Obviously, I was incredibly happy to see Zhou coming out of the car without major issues but then when I saw it now on the podium, I was completely shocked. It was incredible the crash and the fact that he came out of it.”

Sainz said that while the FIA has been under fire for some of its actions this year, there was no doubt that on safety it was fully on top of things.

“I just find it incredible that you can come out of it,” he added. “We sometimes criticise the FIA, but in these cases you need to give it to them how much they've been helping us. 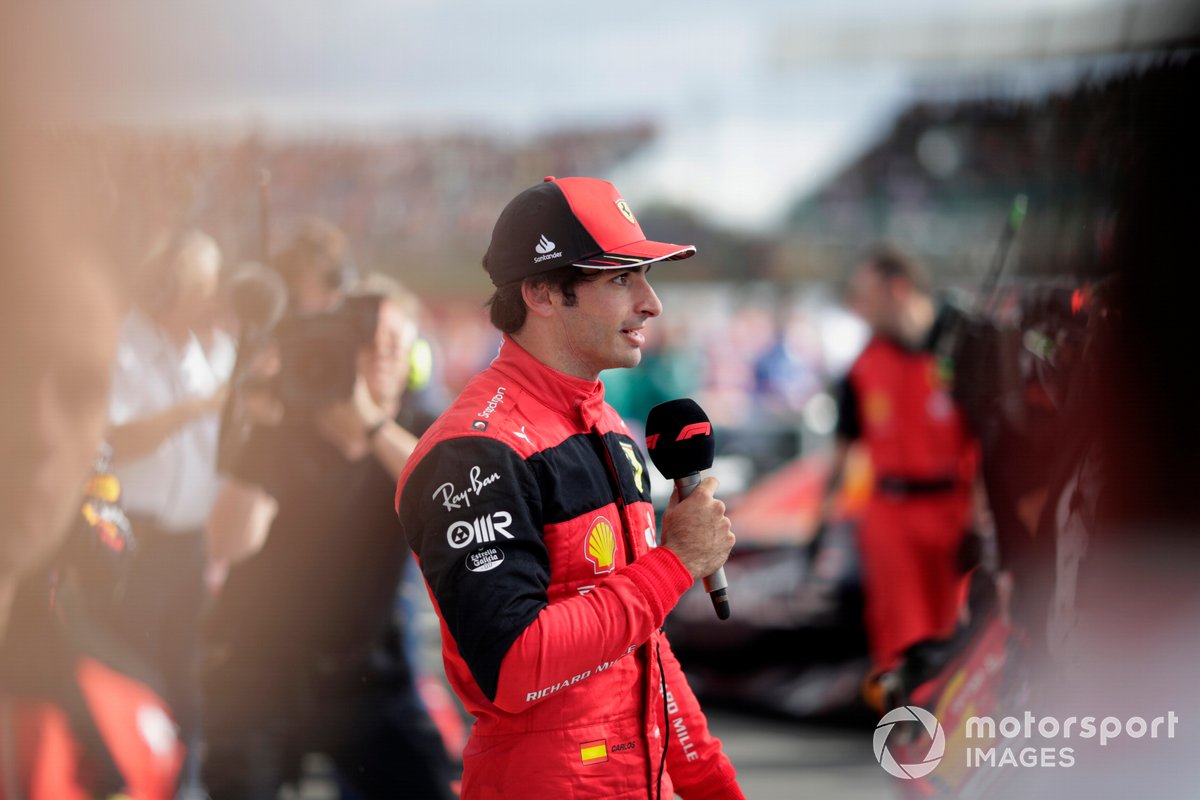 “And if you see the crash [involving Roy Nissany] in F2, what happened with the halo, then they've saved probably two lives. So we need to give it to them, the amazing work they are doing in safety.”

Red Bull’s Sergio Perez echoed Sainz’s feelings about the crash being an eye-opener, and admitted it had been hard for him to clear his mind on thoughts about it prior to the restart.

“I knew there was an accident, but I was back in the garage, I was looking at the TV and they showed the accident,” said the Mexican. “I was shocked.

“It's been a while since we have seen such an accident like that and it’s hard to see that and to try to delete it from your mind and try to focus on what you have to do.

“But well done to the FIA because we've come a long way. I'm sure there are still good improvements and always good lessons to make sure we learn from today, to see the accident, to make sure that there are things we can improve.

“I don't know if there were photographers around and that were at risk, so we just have a look and see if we are able to make this a safer sport for everyone.”

Perez also said that the accident was a reminder about the dangers that F1 drivers face, at a time when teams are trying to put a limit on how much they can earn.

“When you hear people talking about putting a cap on the driver salaries, we are the ones taking all the risk out there, putting on the show,” he said.

“So I don't think it's a good thing to be talking about that on the sport going forwards. But the most important thing is that no one was hurt.”