Carlos Sainz Jr. says he can match the one-lap pace of his Ferrari Formula 1 team-mate Charles Leclerc if he can string together his fastest sectors at future races.

Like other drivers who have switched teams in 2021, Sainz has struggled to match his team-mate as he adapts to a new environment, with progress not helped by the lack of pre-season testing.

At Imola Sainz was only 11th in Q2, while Leclerc started fourth. However the Spaniard says that his best individual sectors were as good as Leclerc’s and it was a matter of perfecting the whole lap.

“And particularly in the Ferrari he looks to be really at home and knowing exactly what to expect from the car when it comes to Q2 and Q3 high grip conditions, and he's an expert, he's very, very good driver.

“But at the same time if there's something that I've seen during these first two races it's that I'm not slower than him in any of the corners, really.

"So I know that if I put the laps together, I can be up there.

“Or maybe I just need a bit more time and more experience. So let's see, but I'm encouraged about what I see on the data, and it's for me more a matter of time."

Sainz said that knowing where to place the car on the kerbs provided a particular challenge at Imola. 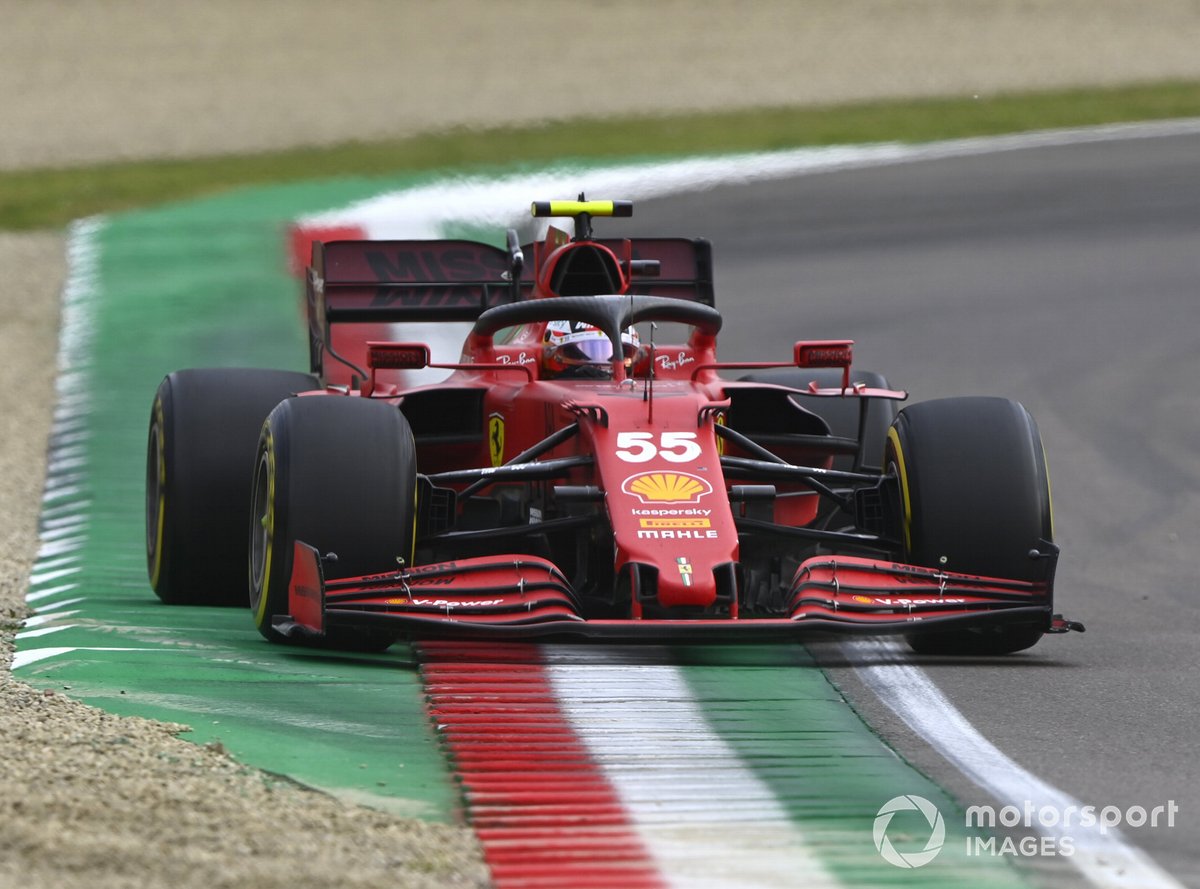 “Maybe it was the kerb riding, how the car will react to the kerb, depending on the angle that I attack the kerb,” he said.

“And I was caught out a couple of times in all these chicanes by maybe catching the kerb in a different angle, and getting out of position.

“There's very long straights after those kerbs and I was missing one or two tenths in the straight after because of that.

"Basically that's what I'm talking about, just knowing how the car is going to react to which angle, and being super precise on the angle of attack to know that in the next straight I'm not going to lose that tenth and a half that I just made up.

“I'm pretty sure where that where that lap time is, and how it can be extracted."