Leclerc set two laps fast enough for pole during Q3 and had an advantage of 0.402 seconds over Mercedes driver Lewis Hamilton, who split the two Ferraris with his final lap.

Once again, the Ferraris showed prodigious speed on the straights, with Leclerc outpacing Hamilton by almost half a second in the first sector of the lap.

Sebastian Vettel had second place after the first runs in Q3, but only found 0.082s on a messy second lap and had to settle for third, just 0.023s slower than Hamilton.

Red Bull driver Max Verstappen looked a potential pole position threat early in qualifying but ended up fourth fastest and 0.682s off the pace and just over three tenths ahead of Valtteri Bottas.

But he has a five-place grid penalty thanks to taking a new Honda V6 at the start of the weekend, meaning he is currently set to start ninth.

Lando Norris was eighth in the second McLaren ahead of Haas driver Romain Grosjean, who struggled through the first part of qualifying but delivered a superb lap at the end of Q2 to make it into the top 10 shootout. 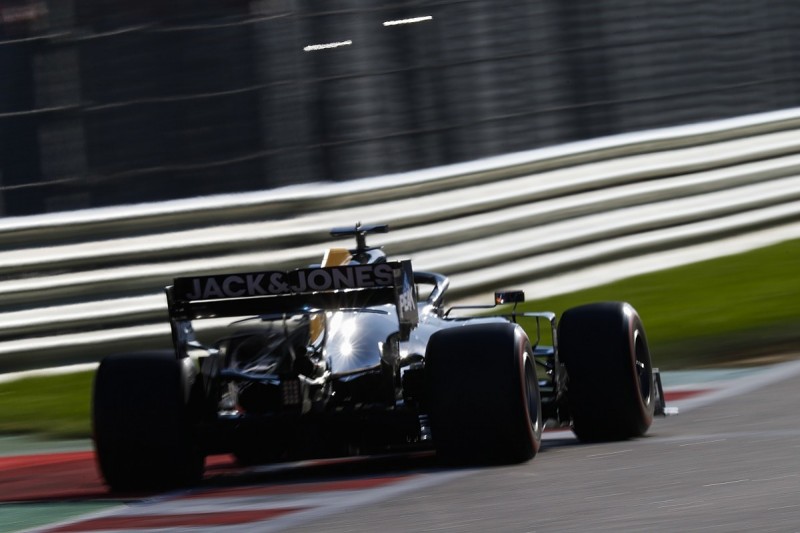 Renault's Daniel Ricciardo was 10th and slowest of those in Q3, lapping 2.033s off the pace.

Of the top 10, both Mercedes drivers will start on medium Pirellis having used that tyre to set their Q2 times - with the rest locked in to starting on softs.

Toro Rosso driver Pierre Gasly was 11th fastest, although he will not start there as he has a five-place grid penalty because of an engine change at the start of the race weekend.

This means Racing Point's Sergio Perez moves up to that position after failing to improve on his second set of tyres in Q2.

Antonio Giovinazzi was 13th fastest in an Alfa Romeo that has not looked a top-10 threat all weekend, putting him ahead of the second Haas of Kevin Magnussen.

Magnussen did not improve on his second run in Q2 after a mistake at Turn 8 and ended up 14th.

Racing Point's Lance Stroll also did not improve despite two attempts on his final run, leaving him almost half a tenth behind Magnussen in 15th.

Kimi Raikkonen was quickest of those eliminated in Q1 in 16th place after failing to improve on his second run.

He ran wide at Turn 10 on his final lap, then the rear stepped out on him in the middle of the last corner, which allowed Alfa Romeo team-mate Giovinazzi to bump him by less than a tenth.

Williams driver George Russell was 17th fastest, six-tenths off the pace needed for Q2, and had an advantage of 1.2s over Williams team-mate Robert Kubica.

Kubica, who has a back-of-the-grid penalty thanks to taking a new Mercedes engine package, slid off the track at Turn 15 on his second push lap on his first set of tyres but improved on his second run. 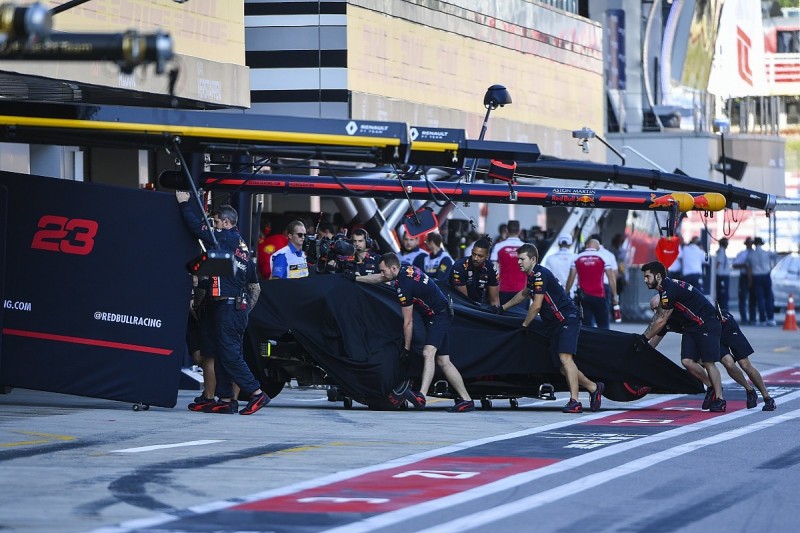 Alex Albon, who carried a five-place grid penalty into qualifying for an engine change, was 19th and eliminated in Q1 after spinning into the wall on his first run at Turn 13 right-hander.

The Red Bull driver carried too much speed into the corner after briefly locking the rears at the start of the braking phase.

The rear came round before the apex, backing the car into the Tecpro barrier and bringing out the red flag with just over six and a half minutes remaining in Q1.

Daniil Kvyat did not participate in qualifying after stopping on track with an engine problem during FP3.

The team opted to change the V6 engine, turbocharger, MGU-K and MGU-H, but could not complete the job in time to run in Q1.