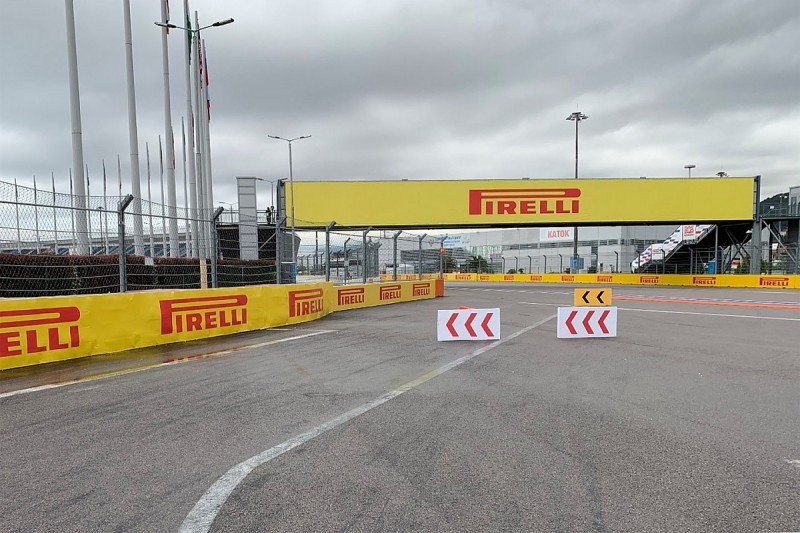 The FIA originally moved to mitigate any potential advantage gained as a result of running off-track under braking for the right-hander by dictating that cars should weave left-right-left around a series of blocks before rejoining for the start of the sweeping Turn 3 left-hander.

But the section proved difficult to navigate on Friday, and some drivers had to skip parts of the slalom while running through it.

Renault driver Daniel Ricciardo admitted it "seemed too complicated", even though he stressed he was not "that against it".

F1 race director Michael Masi's revised notes for Saturday revealed the polystyrene blocks in the Turn 2 runoff area had been adjusted (as pictured above), and new guidelines for navigating them mean the original solution has in effect been scrapped.