George Russell says he would be "very shocked" if Mercedes was able to repeat its pole position from the Hungaroring at Zandvoort, as he believes Formula 1 qualifying is "our weak point".

The British driver topped FP1 at the Dutch Grand Prix on Friday, before dropping to fifth in FP2 as Ferrari pair Charles Leclerc and Carlos Sainz locked out the top two spots.

Russell said the Mercedes W13 "is working better, there's no doubt about it" in the Netherlands, but doesn't expect to be in the fight for pole position as "we still know qualifying is our weak point".

"I think Hungary was unique," said Russell. "I think our rivals didn't quite get it right on the day and we did an absolutely stellar job. We obviously only just pipped them.

"I'd be very shocked if we can have a repeat on Hungary, but I think we're definitely closer than we've been in a long time."

Russell believes Mercedes will fare better on its long run pace than over a single lap, but warned that it may not be able to utilise it unless the Silver Arrows feature towards the sharp end of the grid.

However, he explained that the team was unsure of its true pace "because the timing screen wasn't working, so we didn't have the same info as on the television" and therefore couldn't accurately gauge its long run potential. 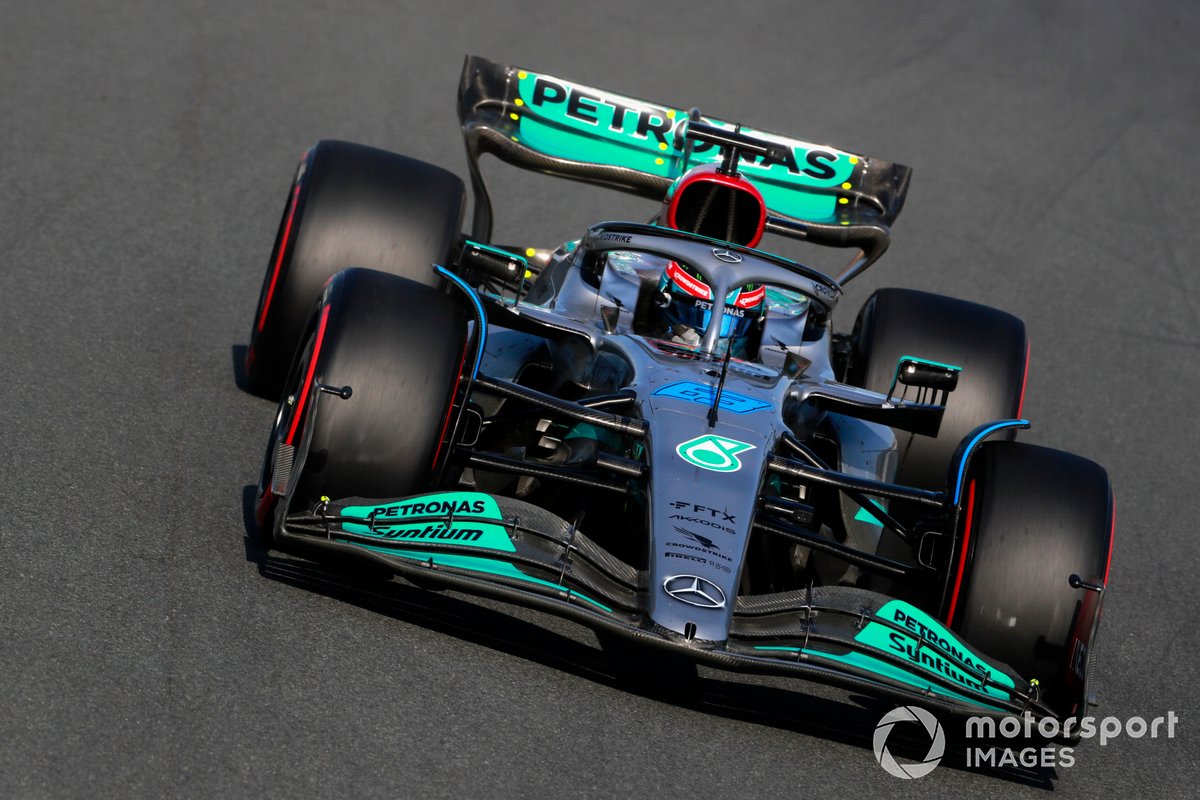 "I think the race will come towards us and I think our long run pace is looking strong," he said.

"But you have got to be starting in the right position. If we're starting on row three, it is going to be difficult to battle for first or second."

"We will dive into tonight and try to gather as much data as possible, but we're in a relatively good spot."

Russell added that he had enjoyed trialling driving the banked final corner with DRS open during Friday's running.

Asked for his thoughts on the experiment, Russell said it was "pretty cool to be honest".

"I think it is incredible how much grip you get with this banking and Turn 3 here," he said. "You can throw the car in, and it just grips. It's a really great feeling."