Williams's George Russell will complete three days of testing for Mercedes before the end of 2019, starting with an outing in next week's post-season Abu Dhabi Formula 1 tyre test

Russell will drive for his regular team on Tuesday morning at the start of the two-day 2020 tyre test before handing the FW42 over to ex-F2 driver Roy Nissany for the afternoon.

He will then drive the Mercedes W10 on Wednesday, after Valtteri Bottas runs it on Tuesday.

World champion Lewis Hamilton is not available as he has team sponsor commitments. Russell will return to Abu Dhabi next week for two further days of 2021 18-inch running in Mercedes' mule car.

It will be Pirelli's final test of the season with the new size tyres.

Mercedes boss Toto Wolff insisted Russell, who did not feel well at the start of the Abu Dhabi Grand Prix weekend, does not have to worry about impressing the works team amid talk about Lewis Hamilton's long-term future.

"I've said to George, who was not 100% these last days, this test is not benchmarking him," said Wolff, "because we are absolutely certain that he has the qualities of a potential future Mercedes driver.

"There is a reason why he's won F3 and F2 as a rookie. That hasn't been done many times before. And he has a flawless record in F1.

"It is more about the experience. So there's nothing to prove during the during these upcoming tests.

"George is under contract with Williams and we will always honour all contracts because they have given him the chance to step into F1.

"Probably if he does the test it will just confirm what we anyway know." 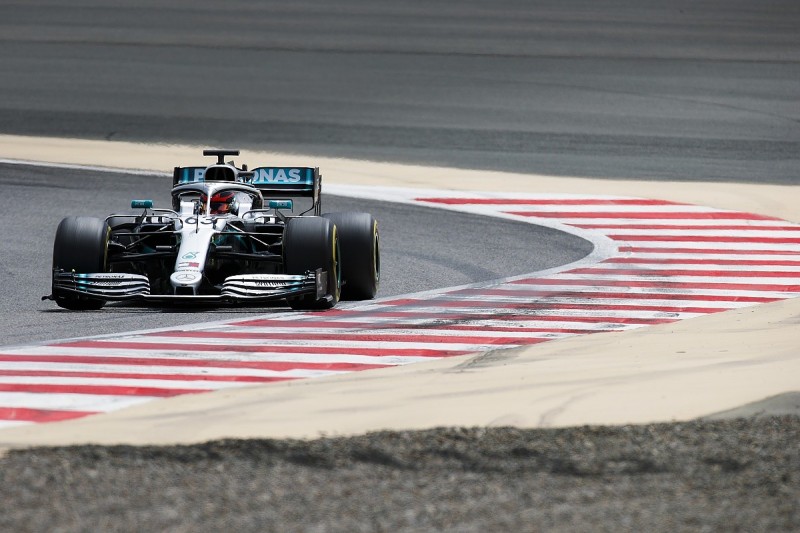 Russell's most recent running for Mercedes was in the post-race Bahrain test earlier this year.

"My health concerns were in my mind not only for this weekend but for next week, when I will be driving their car," said Russell.

"But they're not going to judge me based off one test.

"I'm there to do a job, I'm there to give them data, I'm there to learn as much as I can and bring back the experience I have in that car for the guys back here, and when I did it in Bahrain it was hugely beneficial and hopefully it will be the same again."