Mercedes driver George Russell thinks a return of active suspension in Formula 1 could help deliver a long-term solution to the porpoising problem of the new ground effect cars.

F1 teams were caught by surprise at last week’s pre-season Barcelona test by the way that their cars suffered some extreme bouncing down the straights, thanks to the aero properties of the 2022 challengers.

The phenomenon, which also occurred the last time ground effect was in F1 in the early 1980’s, is trigged by downforce pushing the car further and further down on to the track at high speed before the airflow suddenly stalls – and the car then rises up thanks to the immediate loss in load.

The cycle of the car moving up and down then repeats itself all the way down the straight – and is nicknamed ‘porpoising’ because it is similar to the way that porpoises rise in and out of the water when swimming.

Teams are now currently working at their factories to try to get on top of the issue ahead of the start of the season, but the situation is not helped by F1 banning the sophisticated hydraulic suspension systems that were allowed before.

Russell, whose own team had to fit temporary floor stays to help limit flexing and help matters at Barcelona, believes that a simple way for the new generation of cars to be improved longer term would be a return of active suspension.

Speaking about the porpoising situation, which was highlighted in a video of Charles Leclerc’s car posted by F1, Russell singled out active as a good way forward.

“We just saw with the Charles video just how bad it was for them,” he said.

“So, I think we will need to find a solution.

“I guess if active suspension was there, it could be solved with a click of your fingers. And the cars would naturally be a hell of a lot faster if we had that. 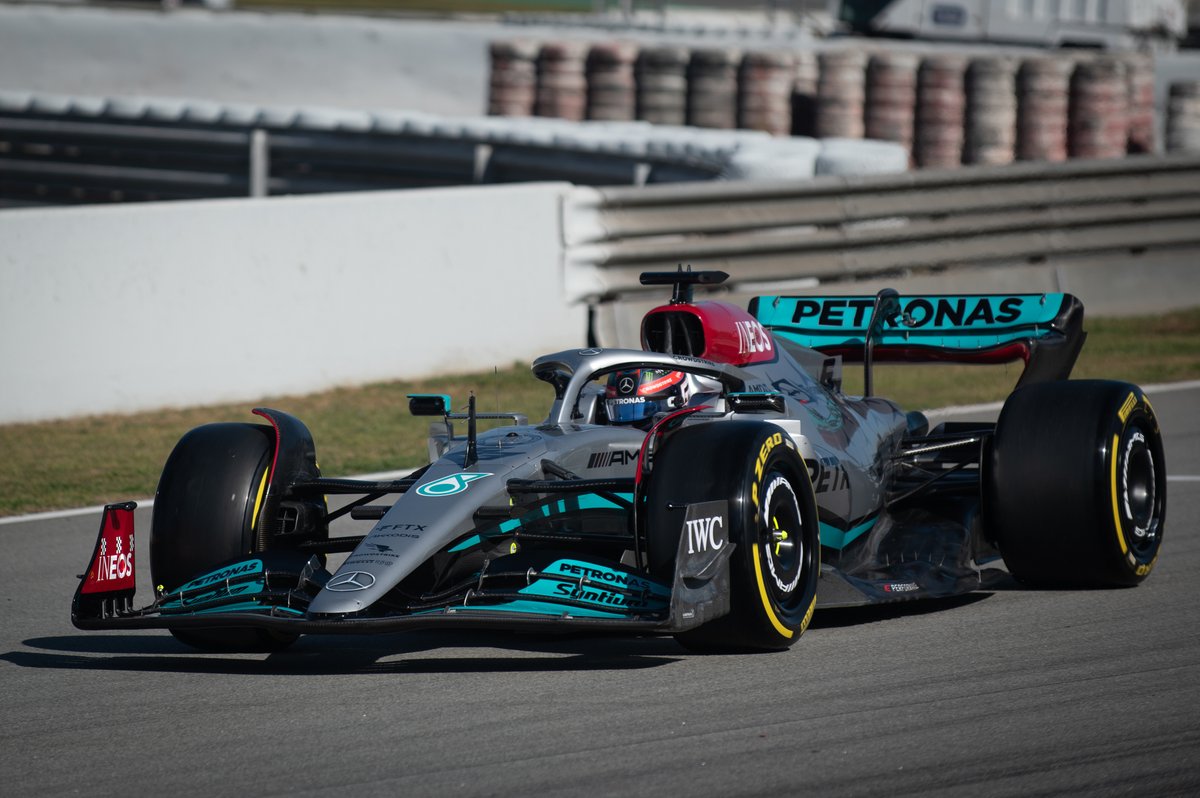 “I'm sure all the teams are capable of that, so that could be one for the future. But let's see in Bahrain. I'm sure the teams will come up with some smart ideas around this issue.”

Active suspension was banned in F1 ahead of the 1994 season, as part of a push to cut back on driver aids that were dominating the sport.

However, as recently as 2014, teams have considered a potential return because they felt the technology would actually be quite easy to implement and cost effective.

But despite a push to evaluate it, F1 elected not to allow it to come back yet.

Russell felt that active would be a good fit for the current cars, as it would help drive down lap times as well.

“I think it's clear if we had active suspension, the cars will be a hell of a lot faster for the same aerodynamic surfaces, because you'd be able to optimise the ride heights for every corner speed and optimise it down the straight for the least amount of drag,” he said.

“So, it’s an easy way to make the cars go faster. And if you think of a safety aspect, then potentially [it’s an improvement].

"I'm sure there's more limitations. I'm not an engineer. But we wouldn't have this issue down the straight, that's for sure.”

McLaren technical director James Key is one who thinks active suspension would be a positive thing for F1 to consider in the long term. However, he is sceptical about going down that route amid the cost cap era.

“Active would help in two ways,” he said.

“You could aim to try and keep around your peak aero performance for more of the lap, which is a lovely place to be if you can do it.

“But also it could, in some way, possibly counter some of the natural frequencies hitting the chassis as well. So, again, it wouldn't eradicate the problem, the physics are still there, but it would certainly help manage it.

“As a technical director, I'd love to see the return of active suspension personally. But, with the cost cap, it's not the best project to be doing.”