George Russell says it is “really exciting” that Lewis Hamilton plans to sign a new Formula 1 contract with Mercedes beyond 2023 and continue their partnership as teammates.

Hamilton revealed in an interview with select media including Autosport over the United States Grand Prix weekend that he intends to sign a new deal with Mercedes.

His current contract expires at the end of next season.

Russell started working fully alongside Hamilton this year after spending the past three seasons with Williams, giving him a chance to learn from the seven-time world champion.

Russell has a multi-year deal in place with Mercedes, and said it was “really exciting” to think that Hamilton would be continuing “for a number of years” and perform at a high level.

“I think he’s proven that he’s definitely not lifted his foot off the throttle pedal,” said Russell ahead of this weekend's Mexican GP.

“He’s definitely [in] the last few races performing probably better than ever.

“That’s really exciting for me, to have the opportunity to be his teammate, to go directly head-to-head with him, and go on this journey we’re on together.

“It really does feel like a journey that the two of us are on, along with the rest of the team, in trying to bring Mercedes back to winning ways.

“We’ve got a really great relationship, a transparent relationship. It would be great to be teammates for a number of years to come.” 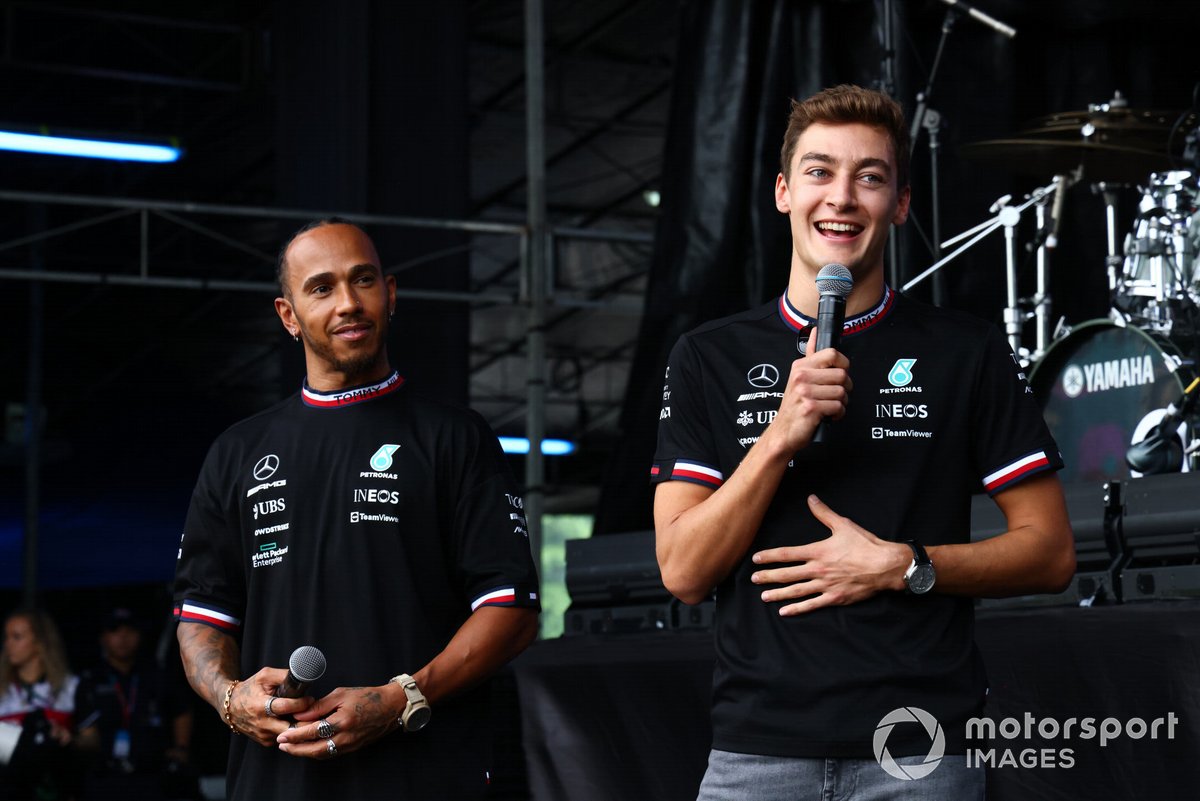 Hamilton and Russell have found themselves working to try and turn Mercedes’ fortunes around this year after the team struggled to get to grips with the new technical regulations for 2022.

Russell scored Mercedes’ only pole of the season so far at the Hungarian Grand Prix back in July, and 20 points clear of Hamilton in the points standings with three races remaining.

Should neither Russell nor Hamilton reach the top step of the podium before the season is out, it would mark Mercedes’ first winless campaign since 2011.

Russell felt there was “a win in all of us if the right opportunity arises” but said the stars would have to perfectly align for Mercedes to stand a chance of breaking its duck.

“It is exciting for us as a team that we’ve had a couple of opportunities this year to fight,” he said. “But I think we have to have our very, very best day, and execute everything perfectly, and our rivals need to have mishaps and mistakes to give us half a chance.

“We know where we lie in terms of overall performance. I think we’re just going out there in these last final three races to do the best job possible, and see what comes from that.”