At the end of the first qualifying segment, Russell just missed out on his first Q2 appearance as he was 0.05s behind Romain Grosjean after being in the midfield mix throughout practice.

Although he felt that his fastest lap in FP3 was strong, Russell explained that initial predictions from within Williams suggested that the car was still some way off its competitors.

But Russell then spent a large portion of Q1 nestled in the top 15, only dropping into the elimination zone at the very end of the session.

"I felt like I did a good lap in FP3," said Russell, "and I think we were a few tenths behind the guys around us.

"I wasn't sure if they were making mistakes or what was happening, [but] prior to that session, from the strategists and everything, we believed our true pace was about four tenths behind the next slowest.

"So to come away P16 on merit ahead of both Racing Points and Ricciardo, yeah, it really felt like a pole lap for us.

"Every driver on the grid, even Max [Verstappen, who took pole for Red Bull], after qualifying probably knows there's half a tenth on the table.

"But considering the circumstances, how much the track has changed, I really felt that we truly extracted the maximum from the tyres, from the car and from myself." 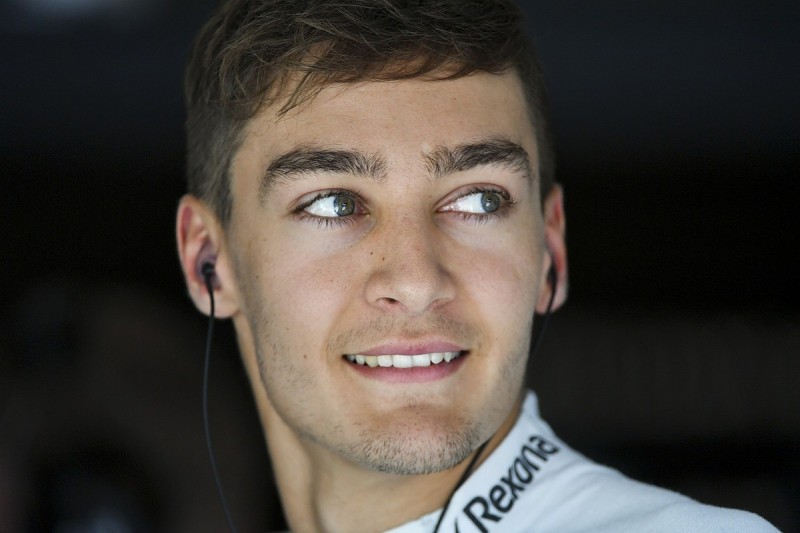 Russell has tested Force India and Mercedes F1 cars but admitted it was "the best I've ever driven a Williams".

"It shows the work the aerodynamicists have been doing back at the factory to rebuild the issues they've had over the last two years has truly paid off."

"We've seen a big step in performance and the positive thing is we've got more of this to come later in this year.

"For everyone back at the factory I think it was a massive sigh of relief."

Russell's result means this event is the first time Williams has qualified off of the back two rows in 2019.

His previous best was 17th in China - albeit aided by neither Alex Albon or Antonio Giovinazzi being able to run in qualifying.

Russell labelled his Hungary result as a morale boost for Williams, and feels that it was a culmination of the team's efforts throughout the season.

"The mood is quite electric at the moment, and considering our whole season to this point - it's been an incredibly tough year from so many aspects, especially for the race team," he said.

"It doesn't matter if you're at the front of the grid or the back, you still work the same hours and put as much effort [in].

"These guys, only four years ago, were getting on the front row at places and on the podium week-in, week-out.

"And they're working harder now than they've ever done before and they've had nothing to show for it.

"But that performance has gone so far and especially now going into the summer break, it's really what we all needed as a team.

"This performance isn't just from my side, we really did this together."