GPDA director George Russell believes that Formula 1’s new race directors should work with the drivers to evolve the regulations.

Since Niels Wittich and Eduardo Freitas took over from Michael Masi at the start of this year there have been a string of controversies over decisions, leading to some tension in Friday drivers’ briefings.

Recently World Champion Max Verstappen called them “stubborn,” indicating that they are reluctant to change their views.

Russell suggested that both officials and drivers need to be more open-minded and that the problems may lay with the rules themselves.

"I think the feeling is they're doing a good job of sticking to the letter of the law,” he said when asked by Autosport about the race directors. “But sometimes, as we've said, things need to evolve.

“And I do think we need a bit more open-mindedness between all of us, not just the race director, but we need to work together on this. And we need to evolve that set of regulations.

“And we need to work together to do that. Just because there's a regulation, that doesn't mean that it's the right regulation.

“For example, with my incident with Checo [Perez] last week, to the letter of the law, I was in the wrong, and I deserved the penalty. But I knew as soon as he turned in from the outside, he was ahead of me, he turned in, I knew I was just going to understeer into him. And there's nothing more I could do.

“And racing is a very dynamic sport, you just need to – I don't want to say look at case by case – but it's not quite as simple as saying this is what it says in the regulations, and this is what we're going to stick to when it's a battle, as such." 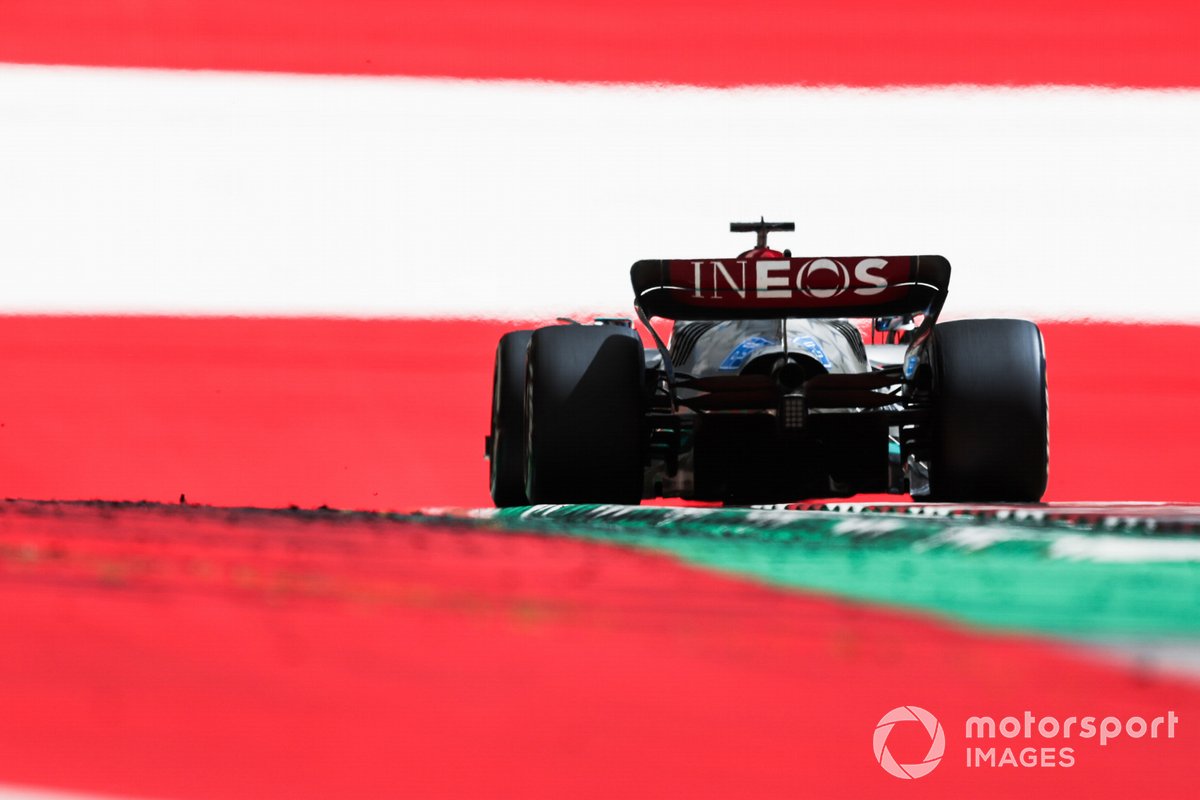 Expanding on the recurring issue of track limits, Russell suggested that at some tracks it’s hard for drivers to judge how far they can go.

“You can't have drivers just running wild and doing what they want. But when you go to Austria and those kerbs are as flat as a pancake, and you've got to judge a white line when the car is rolled and loaded, and you can't feel a white line?

“So, yeah, I don't know what the future holds. It's going to be another difficult race weekend. As long as we're all on the same page, there's no issue. But I think we're just working collectively at the moment to try and get us to that one page whereas we're not there at the moment."

Asked if he would compare the approach he wants to a football referee waving play on he said: "Well, I wouldn't necessarily compare it to football, but every case is different. In football you can't say if a player tackles in this certain manner, he's going to get a yellow card, because every single tackle is different.

“And they try to have a guideline as such, but not necessarily black and white, you can tackle like this or you can't tackle like that.

“And potentially, that's what we need to be taking forward in the racing approach. It's difficult, it's very difficult, but I'm sure over time, we'll get to a more united front."