Mercedes driver George Russell believes it is "only a matter of time" before Formula 1's "dangerous" bouncing issues will cause a major incident.

To varying degrees Formula 1 teams have suffered from either porpoising or bouncing with the 2022 era cars, which are being run as close to the ground as possible to maximise performance from the ground effect.

Therefore, the ride of the current crop of cars is extremely stiff, which is causing a lot of drivers to constantly bottom out on the straights.

The issue was amplified in Baku where many teams up and down the paddock were suffering from the effect on the 2.2km long straight. And because of the high-speed nature of the street circuit, drivers voiced their concerns on whether the phenomenon has become a safety hazard rather than just an annoying inconvenience, and whether it was okay for them to continue facing the issue for years to come.

Talks were held in Friday night's drivers' briefing on whether teams should sort the issue out themselves or whether the FIA should step in and enforce tweaks on health and safety grounds.

Russell, whose Mercedes team is one of the outfits that struggles the most with bouncing, thinks it's "just a matter of time before we see a major incident" when the issue rears its head on high-speed circuits.

"I think it's just a matter of time before we see a major incident," he said after Azerbaijan Grand Prix qualifying.

"A lot of us kind of can barely keep the car in a straight line over these bumps, we're going round the last two corners at 300 kilometres an hour, bottoming out, you can visibly see on the tarmac how close the cars are running to the ground.

"Even Formula 2 are in the same position as well, they've got a similar sort of philosophy. And it's sort of just unnecessary with the technology we have in today's environment. It just seemed unnecessary that we're running a Formula 1 car over 200 miles an hour, millimetres from the ground." 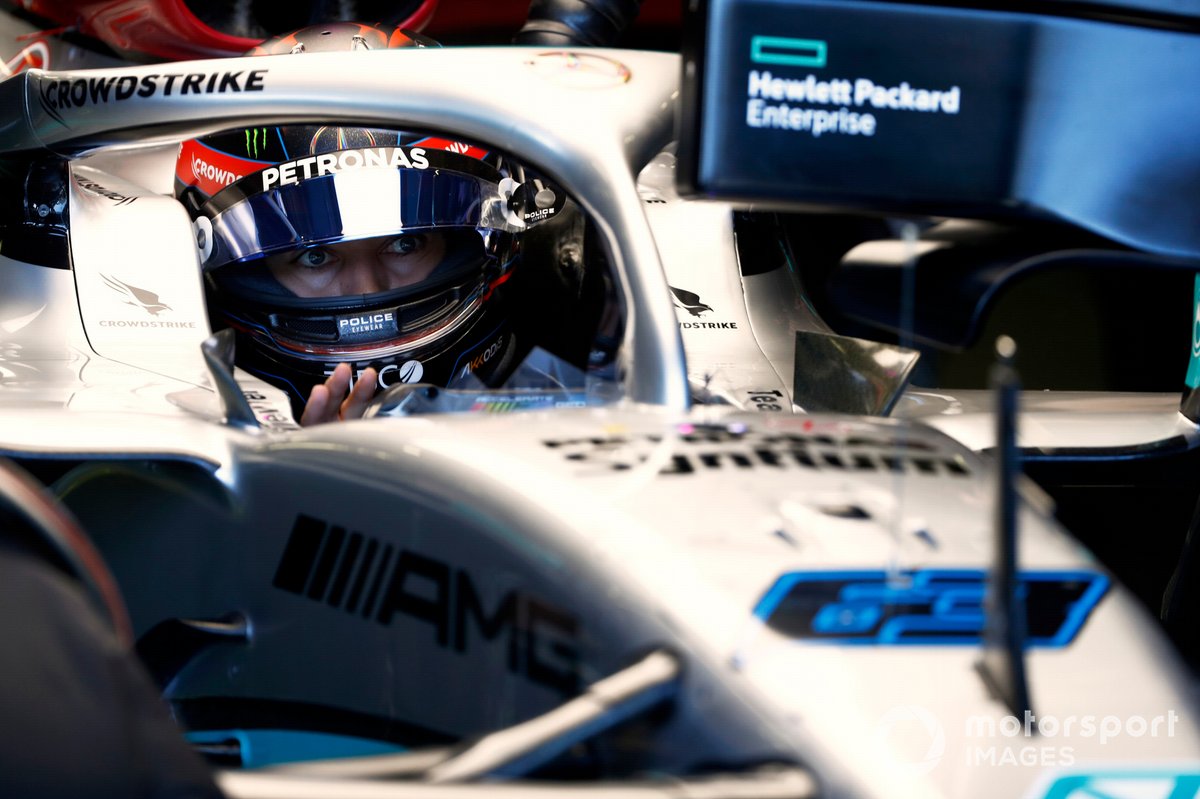 Russell said that F1 needs a rethink on the current technical regulations, although he argued Mercedes "wasn't massively in favour" of tweaks as it would interfere with the team trying to catch up to Red Bull and Ferrari.

"It's a recipe for disaster. So yeah, I don't really know what the future holds. But I don't think we can sustain this for three years or however long these regulations are enforced for," he explained.

"For what it's worth, we're not as massively in favour of it as a team because every race we do, we're learning more and more about the car. Any changes are going to limit that learning.

"I think the top three teams are also in the same position, Ferrari and Red Bull. Ferrari probably more than Red Bull as you can clearly see that they're really struggling with that and nobody's doing it for performance enhancement, it's because of safety reasons.

"I can barely see the braking zone because I'm bouncing around so much and you get around that last corner, you have walls either side of you doing almost 200 miles an hour, and the car is bouncing up and down on the floor.

"It's not a very comfortable position to be in, so as a group we need a bit of a rethink. It's definitely dangerous."