Mercedes has struggled all season with the W13, notably with porpoising and ride issues, and the car has only really shone at high-downforce venues.

Russell says that the team has chosen a specific philosophy for next year's W14, and has clear targets that it will try to meet.

"But equally, it doesn't mean that we can necessarily achieve it. We have a target, and that is a massive positive in itself. As I said, we have a clear target we're trying to chase.

"Now, can we achieve that? I have every confidence that we can. We obviously don't know how much the other rivals are going to improve over this winter.

"But I definitely have confidence that we will have a more complete car across the circuit ranges into 2023."

Russell insisted that his confidence is inspired by the numbers that Mercedes is working with.

Intriguingly, he also noted that the team really got an understanding of the W13's issues over the run of races from Spa to Zandvoort to Monza. 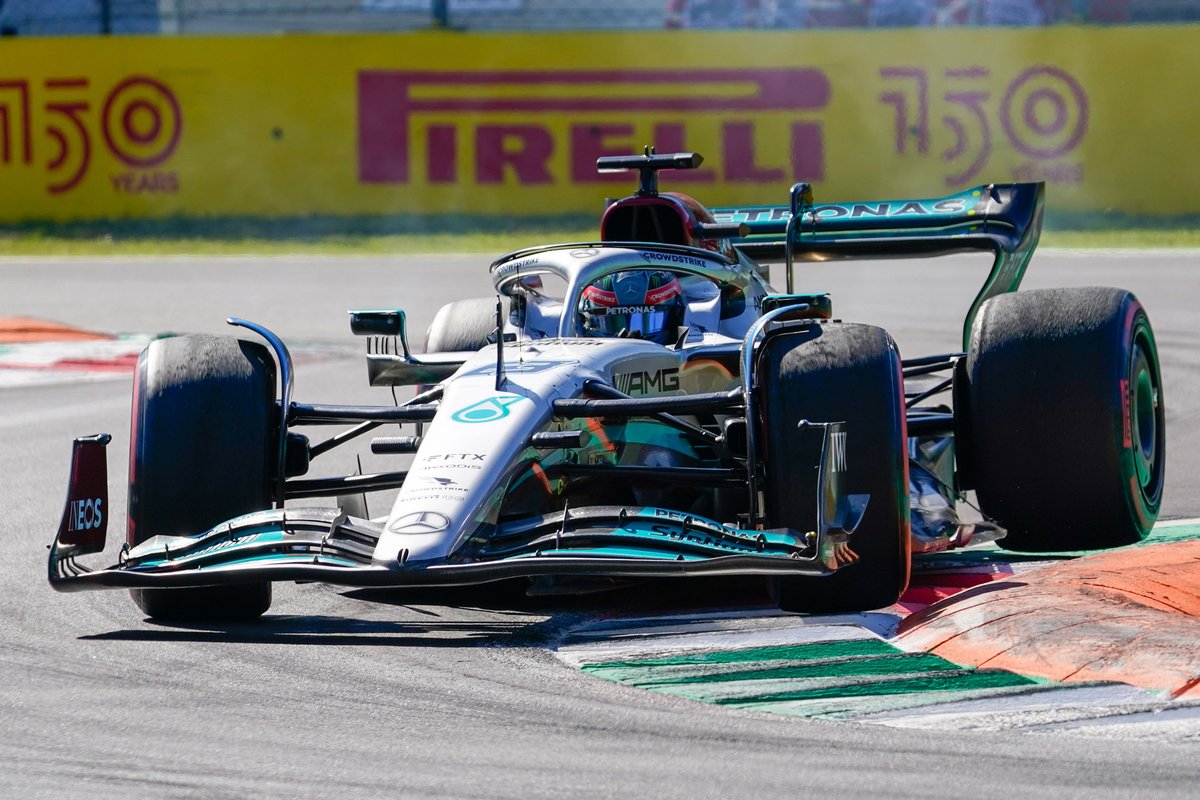 "And I think we've managed to get quite a grasp on that, and understand why at certain circuits we were so much more competitive than others. We've only managed to learn that over the course of these races.

"That triple-header after the summer break was quite telling for us, with our performance swings between the low downforce and the high downforce circuits.

Asked by Autosport to expand on the philosophy that Mercedes is pursuing for 2023, he said: "I don't want to go into too much detail, because it's something that we worked very hard on to understand, and hopefully will give us an advantage into next year.

"So I don't want to say anything that will potentially benefit our rivals.

"But at the end of the day, every single car is different. I have to say, I've mentioned a couple of times this year that I feel like we've understood our car, and we're on the right track, but we have been set back with a couple of oddities that we weren't expecting.

"But I think we've had enough races now that we've gone through so many different scenarios that I can't really imagine there's going to be another one that catches us by surprise.

"We've had so many different issues, and we believe now that we've got a direction that we need to head in. Hopefully, the lap time can come with it."