Mercedes has only made minor changes to help George Russell fit in its Formula 1 car, which will nevertheless help him if he races for the team in Abu Dhabi

Russell is waiting on the results of Lewis Hamilton's latest COVID-19 test to find out whether he will get a second race weekend appearance alongside Valtteri Bottas after his starring performance over the Sakhir Grand Prix weekend, or if he will see out the 2020 season back at Williams.

The British driver came close to taking pole and then winning the second event in Bahrain, despite having an uncomfortable time fitting into a car that had not been optimised to fit a taller driver - which included having to wear race boots that were a size smaller than he normally does.

When asked by Autosport if Mercedes had made any changes to help him fit better in the W11 regardless of whether he races, Russell explained that the short turnaround time between the last two races of the season meant "we've made some minor modifications".

He added: "But there's only a limited amount of things you can do in the short period of time that we've had.

"And, ultimately, a lot more work needs to go in to get me comfortable in the car.

"We've got some slightly different things on the steering wheel, which makes things easier for me.

"So that is positive. But having had a race weekend in the car, everything should feel more natural."

Russell said he had felt "a bit more battered and bruised" the day after he led the majority of the Sakhir race, compared to how he normally feels after a grand prix in Williams' FW43. 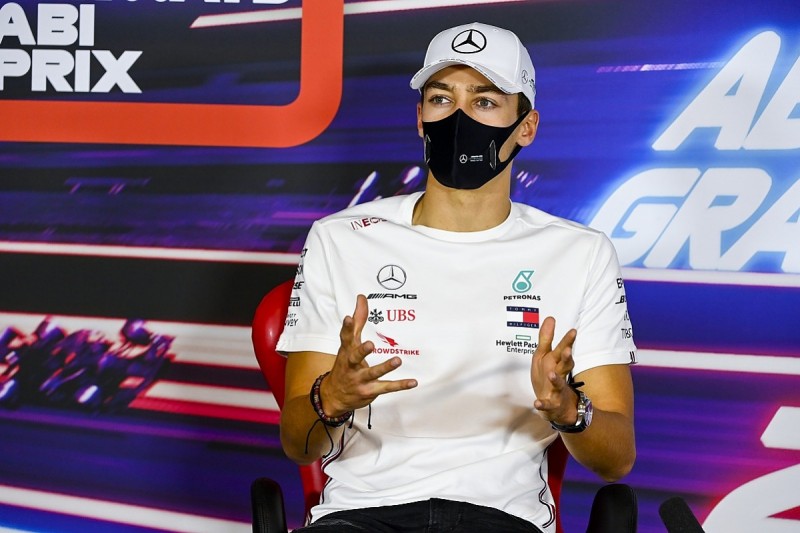 "Physically it was harder - which takes its toll on the body," he explained.

"But, ultimately, that Bahrain outer loop is not the most challenging of circuits physically, which made things easier with my limitations.

"I guess this will be slightly harder with 22 corners on the track and not really getting a second to breathe.

"But the adrenaline of driving this car and fighting for victories allows you to just power through the pain."

Although Russell came close to winning on his first appearance for F1's leading squad, where he has been a junior driver since 2016, he had approached the event without targeting a specific result, with the team not demanding he do better than reaching the top four in qualifying.

Russell said that, despite his performance last time out, his expectations would remain the same if he were to deputise for Hamilton once again for the season finale.

"Obviously [it's] really nice to have been recognised for the job that we achieved last week but I'll be approaching this weekend the same," he said.

"It's only my second grand prix in the Mercedes, I've still got a hell of a lot to learn and it's going to be difficult.

"Valtteri was pushing me the whole way from Friday onwards, put it on pole and then pushed me throughout the race as well.

"It was tricky and we're back to a more ordinary circuit this weekend. [But] it would be great to get another opportunity."