Russell ‘kicking myself’ over Mexico F1 Q3 lap: “It was our pole to have”

George Russell rued a “terrible” final lap in Mexico Formula 1 qualifying that meant he finished second for Mercedes behind Max Verstappen, believing it was “our pole to have.”

Russell topped both FP2 and FP3 for Mercedes at the Autodromo Hermanos Rodriguez, and looked to be in the fight for pole after sitting just 0.132s off Verstappen following the opening runs in Q3.

But Russell endured a scrappy final lap, struggling with oversteer at Turn 5 before running wide at Turn 12 at the end of the back straight. This caused him to run wide and ultimately lose time.

Verstappen found more time on his final lap to take pole by three-tenths of a second from Russell, but the Briton was left ruing his scruffy last effort.

“The team deserved more today, they’ve produced a really great car this weekend, and I think it’s testament to them for the hard work they’ve been putting in for so long,” said Russell.

“We saw last week Lewis showed what the car was capable of. I feel like it was our pole to have, and it was just a terrible lap from my side, so I'm sort of kicking myself.

"But at the end of the day, no points for qualifying and I'm excited to be back on the front row.”

Russell will line up just ahead of team-mate Lewis Hamilton as Mercedes enjoyed its best qualifying result of the 2022 season on Saturday. 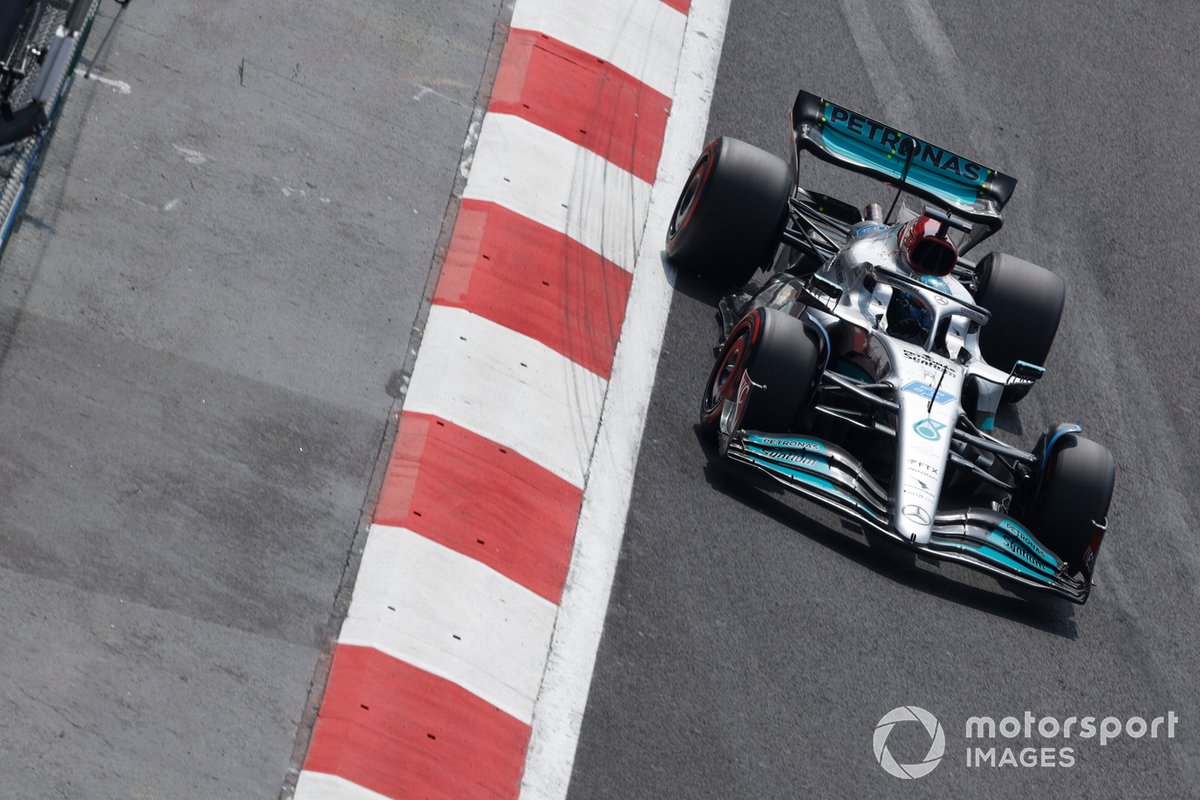 The team has three races remaining to try and end its winless campaign, and looked to boost its late-season chances while aiding its development for next year with its final W13 car update in Austin.

Russell felt Mercedes “didn’t really get an opportunity to show what it was truly capable of” over the United States Grand Prix weekend, but felt the high altitude conditions were allowing it to show more of its potential.

"With this high altitude, the drag is less of a factor, and that is where we get outscored by Red Bull, let's say,” said Russell.

“They’re always taking like three tenths out of us on the straight. Here it’s less of a factor, so that’s probably why we’re a little bit more competitive.”

Asked about Mercedes’ long run pace heading into the race, Russell felt the team was “looking competitive” and has a “reasonable shot” in the battle at the front.

“Having Lewis at the front gives us the chance to do something different with the strategy,” he said. “We’ll see what we can do.”