George Russell will replace Lewis Hamilton at Mercedes for this weekend's Sakhir Grand Prix, with Jack Aitken making his Formula 1 debut for Williams

Russell will step in for Hamilton following the seven-time world champion's positive test for COVID-19, with a deal being struck between Mercedes and Williams overnight.

Russell has been part of Mercedes' junior programme since the end of 2016, but required allowance from Williams to make the move up to his parent team and deputise for Hamilton.

The agreement is in place for this weekend's race at the Bahrain International Circuit, but could end up being extended to cover the Abu Dhabi Grand Prix as well should Hamilton be unable to return.

It will give Russell - who won the Autosport BRDC Award back in 2014 - the opportunity to break his F1 points duck dating back to his debut with Williams at the start of the 2019 season, sampling the fastest car in the series' 70-year history.

"First and foremost, I wish to thank our loyal partners at Williams for their collaboration and open-mindedness in making it possible for George to race for Mercedes this weekend," said Mercedes F1 team principal Toto Wolff.

"The conversations with the team at Williams were positive and pragmatic, and those were the key factors in reaching an agreement. 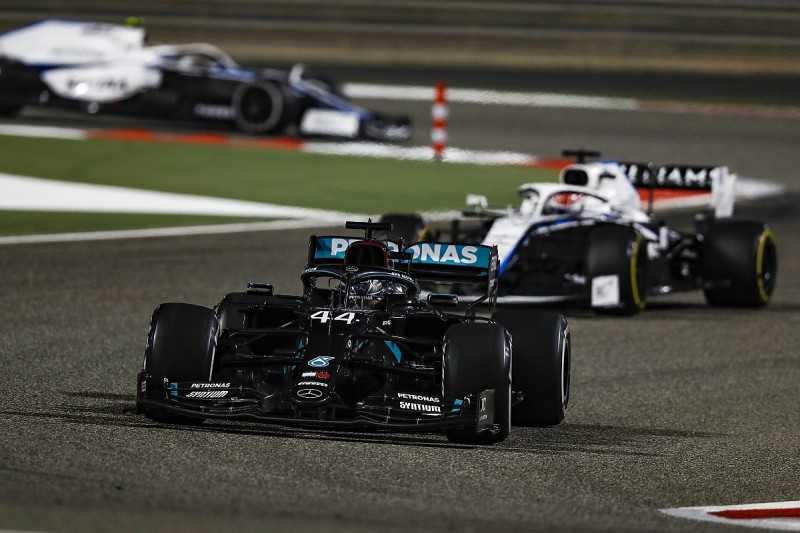 "It will not be a straightforward task for George to make the transition from the Williams to the W11, but he is race-ready and has detailed understanding of the 2020 tyres and how they perform on this generation of cars.

"We have a job to do this weekend, and the full focus of our sporting efforts will be behind Valtteri and George in order to maximise our points score as a team."

Russell has impressed throughout his F1 career to date despite the limitations of the Williams car, with Hamilton recently praising his displays and calling him a potential future world champion.

Russell has long been linked with a possible move up to Mercedes, but is contracted at Williams until the end of the 2021 season.

This weekend's race will give Mercedes the opportunity to see how Russell fares against full-time driver Valtteri Bottas, although his first run in the 2020-spec W11 car will only come on Friday in practice.

"Firstly, I want to say a huge thank you to everybody at Williams for giving me this opportunity," said Russell. "I might be wearing a different race suit this weekend, but I'm a Williams driver and I'll be cheering my team on every step of the way.

"I see this as a great chance to learn from the best outfit on the grid right now and to come back as an improved driver, with even more energy and experience to help push Williams further up the grid. A big thank you also to Mercedes for putting their faith in me."

Russell's seat at Williams has been taken by the team's reserve driver, Jack Aitken, who was due to race in Formula 2 this weekend with Campos. 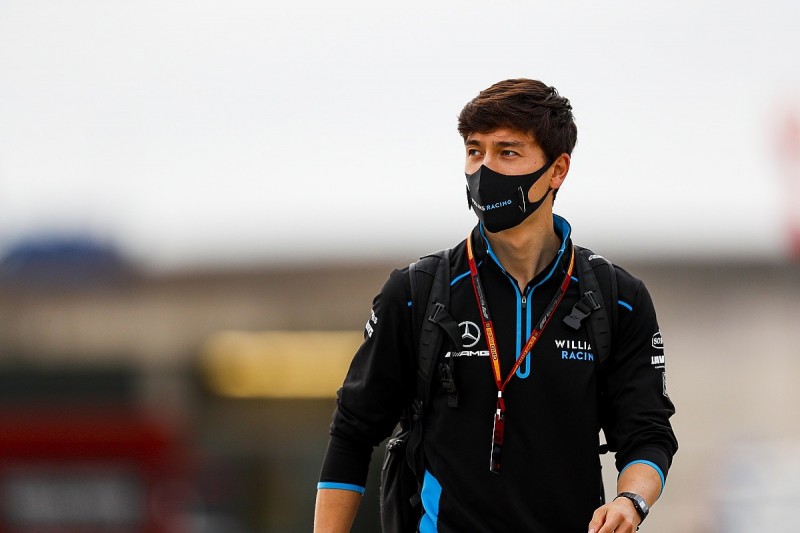 Aitken has previously tested F1 machinery for both Renault and Williams, and made an appearance in practice for the Styrian Grand Prix earlier this year.

Aitken holds a full F1 superlicence thanks to his junior record, and will become the first driver of Korean heritage to make a grand prix start.

Aitken finished fifth in last year's F2 championship, scoring three wins, and currently lies 14th in the standings with one round remaining this season.

"I'm absolutely over the moon to have the opportunity to make my debut with Williams this coming weekend and I am extremely happy for George to have his chance too," Aitken said.

"I really mean it when I say I've felt very much at home here since I joined Williams earlier this year, so to get my chance to help the team try to achieve that elusive points finish is an extremely satisfying occasion to say the least.

"I'll be doing all I can to prepare in the coming days, but truthfully, I feel like I have been ready since Melbourne."

It will mark the first time since the 2001 Italian Grand Prix where two drivers have made their mid-season debut at the same race.

Pietro Fittipaldi will also make his first F1 start this weekend, stepping in for the injured Romain Grosjean at Haas.