The Williams Formula 1 team has doubts over whether George Russell will be able to race this weekend, and Sergey Sirotkin is on standby in Abu Dhabi

Just before FP1 Russell was shown looking at screens in the Williams garage, and he smiled for the TV cameras while drinking from his bottle.

Williams announced the signing of Nicholas Latifi on Thursday to replace Robert Kubica for 2020, but the former is yet to gain his superlicense and would only be able to take part in practice.

Mercedes reserve driver Esteban Ocon was an option to replace Russell, thanks to the shared engine supplier and the relationship between the two teams.

The Frenchman had a seat fitting in the Williams garage late on Thursday night, but sources indicate Ocon - who will drive for Renault next season - wasn't comfortable getting out of the car due to the length of his legs.

Renault reserve driver Sirotkin, who drove for Williams throughout the 2019 season, is believed to have had a more successful fitting and is on standby should be required during the weekend.

Sirotkin is the reserve driver for McLaren and Renault. 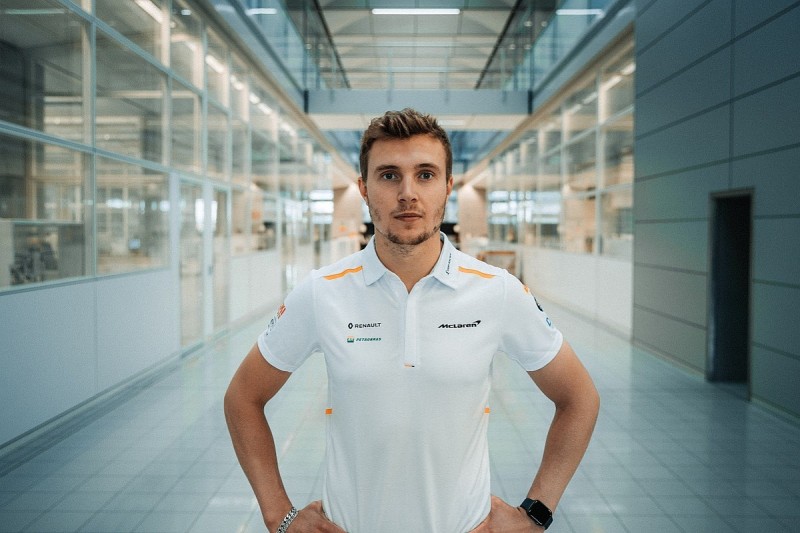