Mercedes struggled to compete with front-runners Red Bull and Ferrari through the first half of the 2022 season due to a recurring bouncing problem with the W13 car.

But it has recently enjoyed an uplift in form, finishing on the podium in each of the last six races, as well as getting both Russell and team-mate Lewis Hamilton into the top three in France and Hungary.

In Hungary, Russell scored his maiden F1 pole position and lead the early part of the race, before ultimately finishing third behind Red Bull race-winner Max Verstappen and runner-up Hamilton.

Asked by Autosport if the recent improvement in form was enough to justify sticking with the existing car concept for the rest of the year, Russell said he doubted a change would have a huge impact.

PLUS: How Russell has proven he deserves to be Hamilton's Mercedes heir

“I don't think changing car concept is going to make us go any faster, maybe the contrary to be honest,” Russell said after the race in Hungary.

“Sometimes you’ve just got to stick to the process and keep on pushing.

“And that's difficult to do when you're off the pace and things don't seem to be going your way. But personally, I believe in every single person within our team, and I think we're making huge progress for the time being. 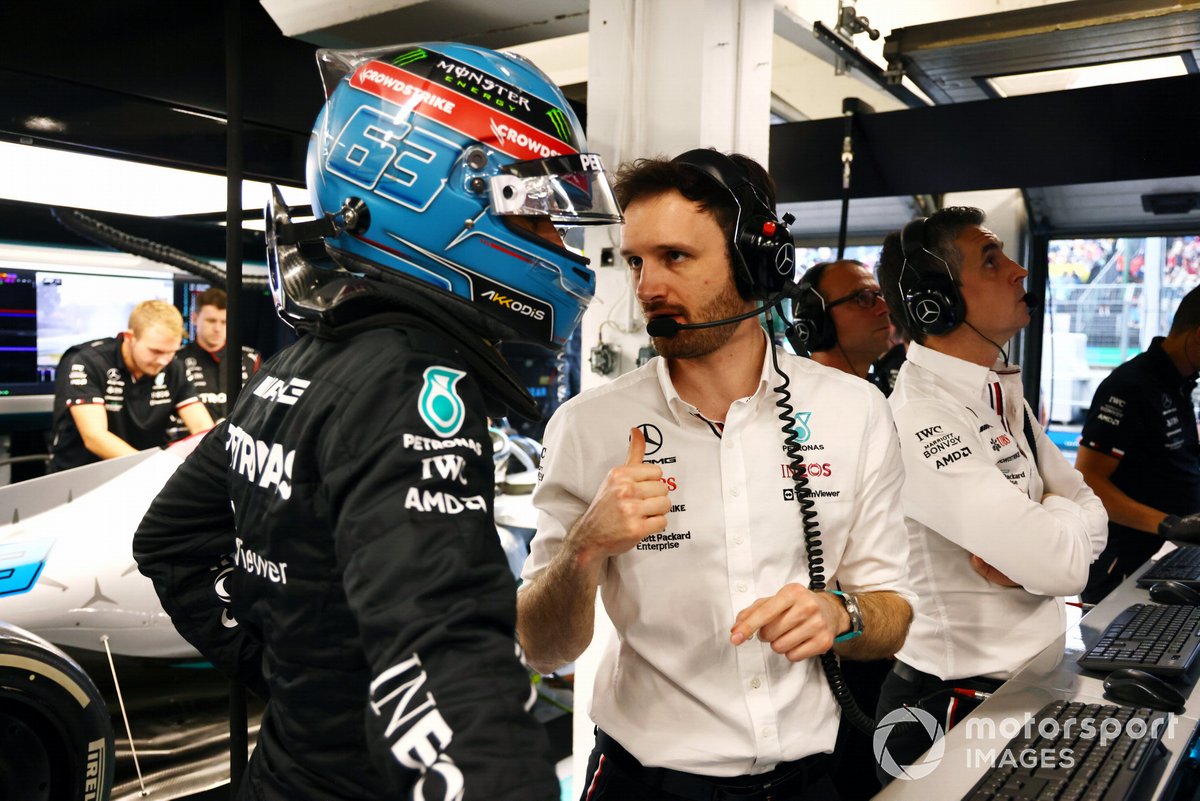 George Russell, Mercedes-AMG, talks to a colleague in the team's garage

“At the start of the season we were finishing races a minute behind first position. The last two races we’ve been within 10 seconds, so I think it's definitely going in the right direction.”

While many teams have opted to switch car concept and follow either Red Bull or Ferrari’s approach, Mercedes has stuck with its slim sidepod design that turned heads in pre-season testing.

The team has previously said it doubted ditching the concept would change its level of competitiveness this year, although it is looking at “combinations of different concepts” for next year.

Mercedes F1 chief Toto Wolff felt the practice struggles the team faced in France and Hungary had helped it find the right direction with the car, allowing it to be more competitive.

“It was a difficult weekend overall, because the suffering of Friday [in Hungary] was just big when we didn't really know which direction to look at,” Wolff said.

“Maybe getting it so wrong on Friday was helpful in getting it very right, almost completely right, on Sunday.

“We have a lot of data to look at, a lot of positives from the last weekend in France and here [in Hungary] and to build on for the second half of the season.”