George Russell says performance was “secondary” during the Williams family’s final years owning its Formula 1 team while it fought to keep it afloat, something Dorilton Capital’s investment has reversed.

The Williams family exited F1 after last year’s Italian Grand Prix, two weeks after the US private investment firm bought the team, which followed Williams taking action to improve its finances and reviewing the possibility of a full or partial sale.

Williams had slumped to the back of the grid in 2018 and endured a second successive disastrous year in 2019 – although it did score a point that season, despite running packages last year and in 2021 so far closer to the front of field pace-wise.

A lack of a fast turnaround reflects the difficulty of reversing a performance slide in modern F1, and although Williams has begun to recover form – it currently has the championship’s ninth-fastest car after being firmly last in 2018 and 2019, and only just ending up ahead of Haas last year – Dorilton’s arrival had little impact on the team’s 2021 challenger because it came so late last season.

When asked if 2021’s FW43B – which also features many parts from 2020’s FW43 given this season’s carryover design requirement – was always going to be tough to develop further towards the front of the grid given the challenging circumstances of the current campaign, Russell explained how Williams’ previous financial uncertainty was also a factor in its past and present performance.

“And then with the events of what unfolded throughout 2020, with the pandemic and the financial situation of the team becoming incredibly difficult, we recognised that it would be so tough to develop, improve.

“We do now have new owners. Unfortunately, for us it probably came slightly too late to actually make a proper difference for 2021.

“You can't just suddenly inject a load of cash and expect results because your baseline is so far away. 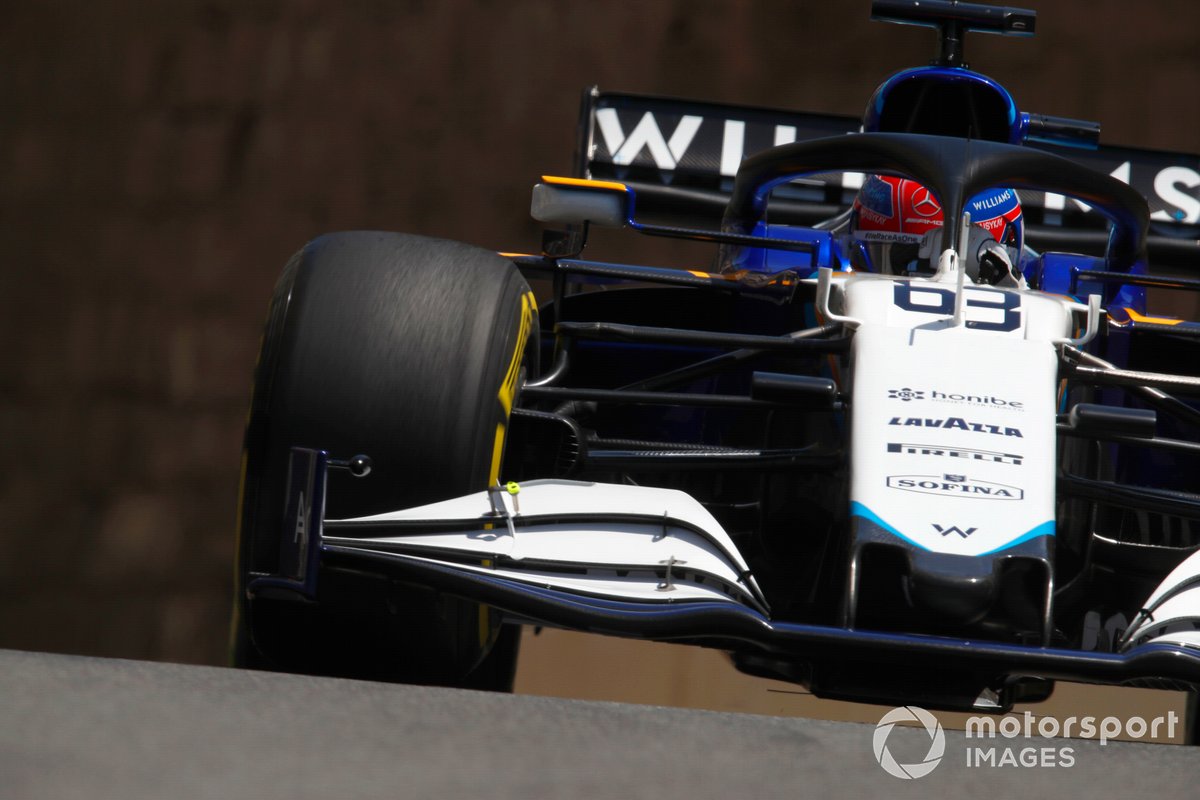 “And it would not have been wise for them to have done that because they're not looking to rush, they're looking to do things right, which is absolutely the right way.

“They're here for the long haul. They've got a very strong, mid-to-long-term target.

“And now with the arrival of Jost [Capito, now Williams’ team principal] and technical director in FX [Demaison], the team is now finally starting to have some real stability, which will allow all of the other workers to fully focus on their own roles under the direction of the guys at the top.

“Which we didn't really have for so long.

“As I've said before, when Claire [Williams, former deputy team principal] and Mike [O’Driscoll, former team CEO] were here, their main objective was to keep the team alive, which is absolutely the right objective, but performance was a secondary target.

“Whereas, now, performance is everything.

“Potentially a lot of us would not have been here today, had it not been for the great efforts of Claire and Mike to keep the team alive during the pandemic.

“But now, things are stable, and the future looks bright for the team.”

Russell added that “it fills me with a lot of pride to be part of this amazing history” at Williams, which celebrated its 750th F1 race start at the recent Monaco GP.