Mercedes driver George Russell says “we don’t deserve to be starting P2” for the Formula 1 Italian Grand Prix after a “frustrating” qualifying.

Russell finished sixth in Saturday’s qualifying at Monza, having been outpaced by team-mate Lewis Hamilton in fifth and missing out on pole by 1.3 seconds.

But grid penalties for Hamilton, Ferrari’s Carlos Sainz and Red Bull duo Max Verstappen and Sergio Perez ahead mean Russell will be promoted to second alongside poleman Charles Leclerc.

The Briton feels this starting position wasn’t warranted by his pace in qualifying having been unable to “get the car in that sweet spot” as the W13’s inconsistency is once again plaguing Mercedes’ weekend.

“We don’t deserve to be starting P2 after today’s performance,” Russell said.

“It was again a frustrating session because we can’t seem to get the car in that sweet spot.

“But ultimately that’s been a theme this season.

“Lining up P2 we’ll have a faster race car, probably not fast enough to battle with Max, potentially [we can fight] Charles.” 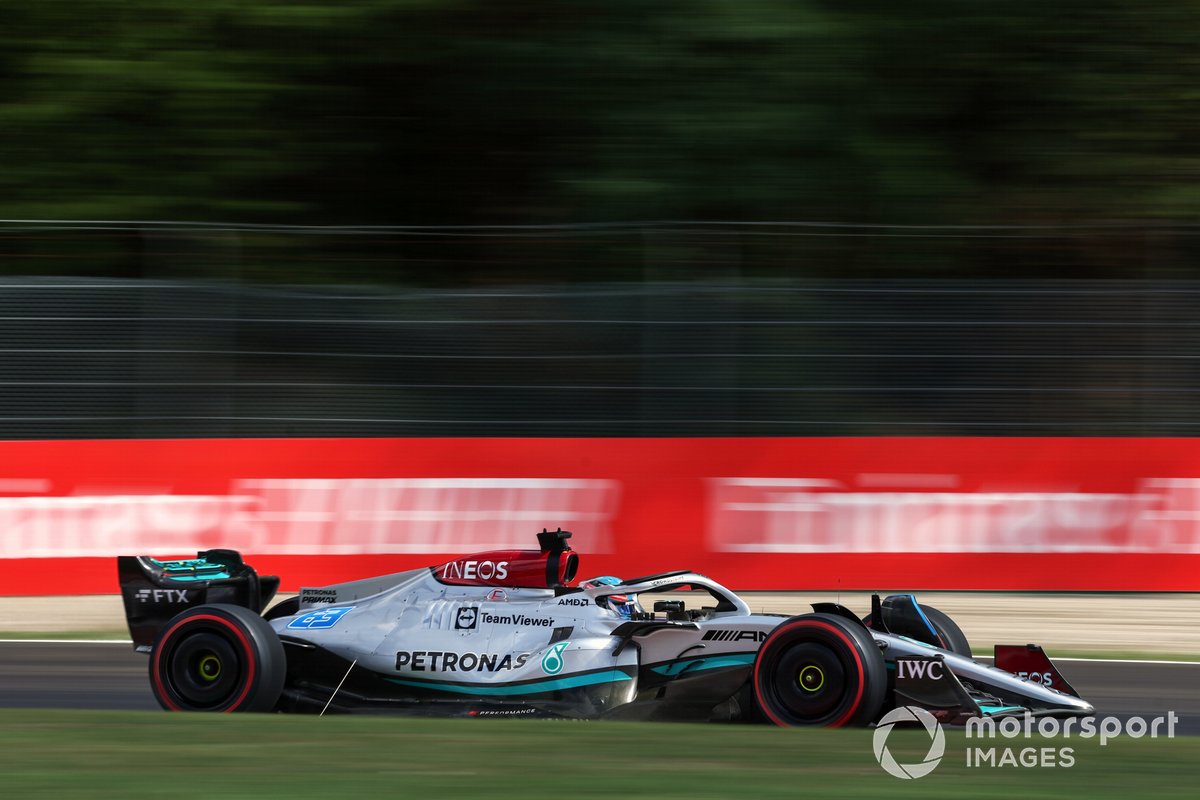 The changing behaviour of the car between sessions has stumped both Russell and Mercedes, and finds it “disappointing” that no fix has been found this late into the season.

Russell says Mercedes is in a “no-man’s land” in terms of qualifying performance, but feels the car is fast enough in race trim to fight for the podium at Monza.

“I’d love to tell you,” he responded when asked if set-up tweaks were causing his issues.

“We’ve got the best engineers in the business working day and night to understand why our performance is fluctuating so much 15 races in and we still don’t have a grasp as to why that is.

“So, that is a bit disappointing.

“We are in no-man’s land on a Saturday in terms of performance because we’re so far behind the front two and a little bit ahead of the midfield. At least we have a fast race car.”