George Russell says his former F2 rival Nyck de Vries deserved to have the “stars align” and create an opportunity for him to land a 2023 AlphaTauri Formula 1 seat.

The pair first came across each other in karting, although they were in different categories, as the older de Vries moved up the ranks first.

However, they raced each other in the 2018 FIA F2 championship, which Russell won ahead of Lando Norris, Alex Albon and de Vries.

De Vries was in talks with several F1 teams about a 2022 drive when his appearance as substitute for Albon at Williams in the Italian GP propelled him to the top of the list as a potential replacement for Pierre Gasly at AlphaTauri.

“Out of the karting boys Nyck was the only one who hadn’t made it to F1 who probably deserved to make it to F1,” said Russell when asked by Autosport about the Dutchman’s graduation.

“So those five drivers, between myself, Alex, Max [Verstappen], Charles [Leclerc] and Nyck, who were in that period racing against each other in ’11 and ’12, as I said, Nyck was the only one who didn’t make it, so happy to see him there."

Asked if he rated him higher after they worked together at Mercedes, Russell said: “I’ve always rated him. In go-karting, he was the man to beat. I never raced him in go-karting, but out of all of us, he was probably the most successful one in go-karting.

“I’ve never not rated him. I think to get to F1, you need to do the job at the right time when there is an opportunity on the grid, and sometimes those stars don’t align.

“But with the amount of stars that aligned in Monza it probably made up for the unfortunateness of a few years ago.” 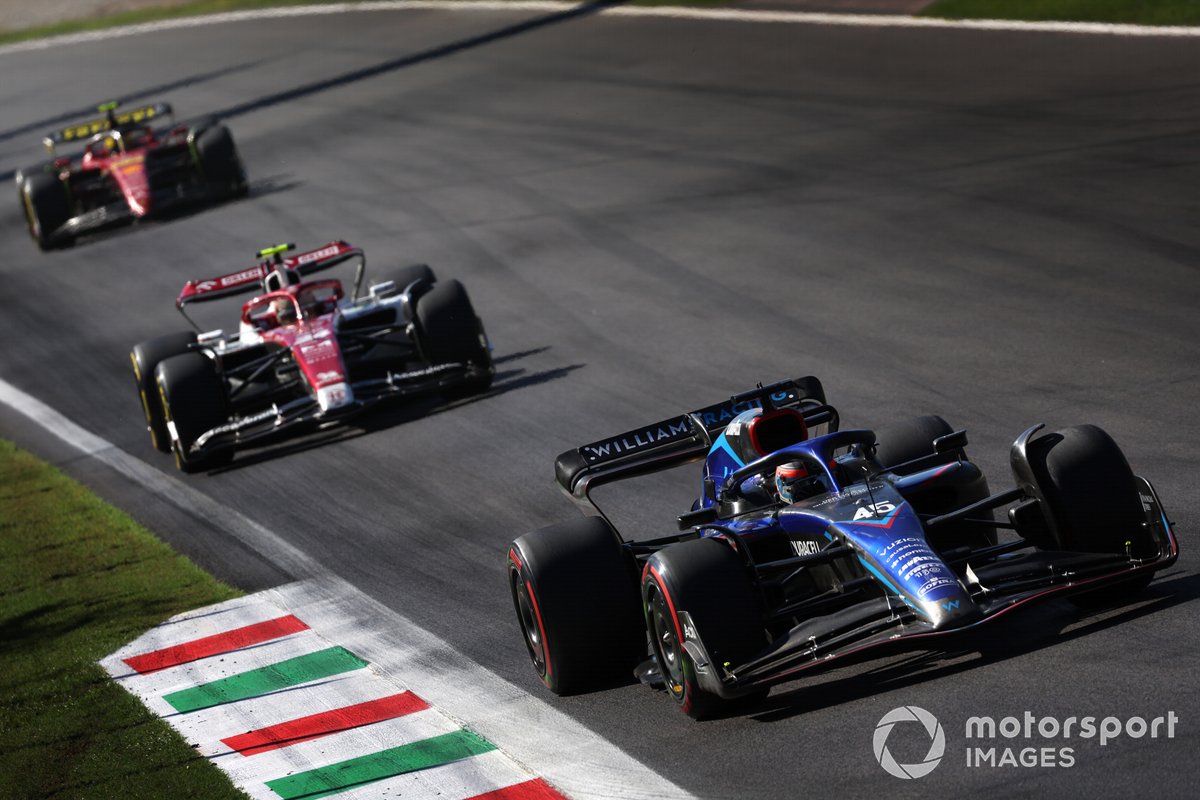 De Vries will be 28 at the start of next season, and Russell admitted that he’s intrigued to see how he will perform after gaining so much experience in other categories.

“Definitely intrigued to see how he’ll get on,” said Russell. “I’ve got no doubt that he’ll perform well. He’s got all the possibilities to be a great F1 driver. I’m sure he’ll do great.”

“I think he's proved that since the very beginning in karting. He completely dominated a lot of the karting stuff, he's Formula E world champion, and many things. So he's a top driver.

“Obviously he deserves it, he did a good job in Monza when he sat in. He's proved his worth, and we'll see next year what he can do."

The “borderline” team compromise that staved off an F1 crisis