George Russell has questioned Valtteri Bottas’s “dangerous” move in their Imola Formula 1 crash on Sunday, saying he would have acted differently “perhaps if it was another driver”.

Russell and Bottas crashed out while battling for ninth place halfway through Sunday’s Emilia Romagna Grand Prix, colliding at high-speed on the approach to Turn 2.

Russell gained on Bottas using DRS and moved to the right-hand side of the track to try and overtake, only for Bottas to make a slight move to the right.

It caused Russell to lose control of his car and spear into Bottas’s Mercedes, leaving both cars out of the race and causing a red flag.

Both drivers were left fuming by the incident. Russell tapped Bottas’s helmet when he went to his cockpit to vent his anger, later saying that he asked the Finn “if he was trying to kill us both”. Bottas responded by showing his middle finger.

Bottas claimed after the incident that it was “clearly” Russell’s mistake and that he left enough room, but Russell felt Bottas had broken a gentleman’s agreement.

“We’ve had this gentleman’s agreement that when there’s a faster car approaching with the DRS, you don’t jolt the steering wheel at the very last moment,” Russell said. 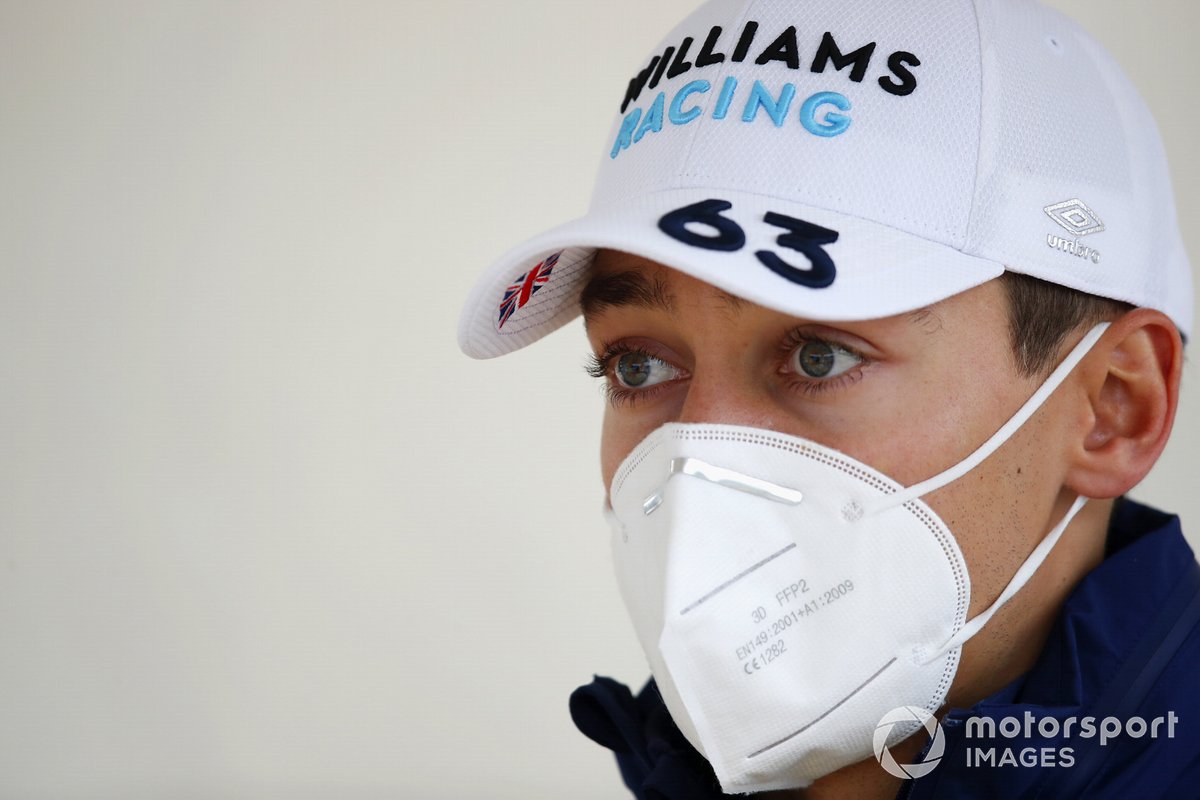 “In perfectly dry conditions on a very ordinary circuit, it’s dangerous, let alone on a very narrow track when we are turning and there’s wet patches. So an unfortunate incident.

“But equally, it’s been inevitable, an incident like that would occur when drivers make small moves like this. It’s the smallest of moves, but when you’re going at 220 mph, and you’re going 30 mph quicker than the car ahead, it’s massive.”

Russell questioned why Bottas would make such an aggressive move when battling for ninth place, and pondered whether he would have acted differently with another driver.

Russell is a member of Mercedes’ junior programme, and has been tipped as a possible successor to Bottas at the team in the future.

“Obviously I was very pissed off and frustrated with him at the time,” Russell said.

“I’m fighting for P9, a P9 for him is absolutely nothing. Almost meaningless. He did a move that you would do if you were fighting for victory on the last lap of the race.

“It begs the question why he would do that for P9. Perhaps if it was another driver, he wouldn’t have. So that’s what went through my mind.

“Like I said, he’s not fully to blame, I don’t think I’m fully to blame. But it could have been avoided. I think this is a good example for the stewards, very minor movements like this will create crashes, and here we are.”

Russell said he had “no doubts” Bottas felt he was to blame for the incident, but said he was aware of the right etiquette when battling at high speed.

“I’m sure from his perspective, he feels it’s my fault, I’ve got no doubts about that,” Russell said.

“Equally, he knows the closing speeds of these cars, when you’re behind with slipstream and DRS. He knows that is not the correct thing to be doing.

“Like I said, if you’re fighting for victory on the last lap of the race, maybe. But not in conditions like this and not mid-race when he is P9, which is nothing.”