GPDA directors George Russell and Sebastian Vettel are set to lead the push for improvements when the FIA reviews the crane incident in the Formula 1 Japanese Grand Prix.

Drivers were furious to see recovery vehicles out on track, especially in wet conditions as visibility is poor, and they want to ensure that it never happens again.

The crane was sent onto the track straight after Carlos Sainz’s first-lap crash, and it was on the racing line when the field passed by under safety car conditions on the next lap, prior to the red flag.

The presence of the crane was universally described by the drivers as “unacceptable”, with Russell and Vettel were among those who noted that such incidents have been a regular topic of conversations in recent drivers’ briefings and GPDA meetings.

During the red flag break in Suzuka Russell tried to make phone contact with FIA president Mohammed Ben Sulayem, before the restart was announced and he had to return to the garage.

Speaking after the chequered flag, but before the FIA formally confirmed it is launching a review, both of the GPDA leaders made their feelings clear.

“I think we spoke a little bit about it in the drivers’ briefing this week,” Russell told Autosport. “Because there was a tractor on track in Singapore with [Yuki] Tsunoda’s crash under a safety car, and it was at the point that people were transitioning to slicks.

“And we expressed our view that we don’t ever want to see that happen. That was obviously last week. To come here one week later, given the circumstances and the history, of course, is pretty disappointing.

“We’re all going to speak to the FIA. In our view, it’s pretty straightforward. No tractors on track. And if you need a tractor on track, red flag it.”

Asked if that should also apply in dry conditions he said: “I don’t know. Definitely not in the wet. There it’s 100%. But I see no reason why we should ever have a tractor on track. And if there is ever, maybe we need a max speed limit.

“But in my opinion, it’s not worth the risk. As we said before, these cars are sometimes harder to control under safety car conditions than when we’re going fast.

"So we talk about safety, talk about going slow for safety. If anything, it’s almost counter-intuitive.” 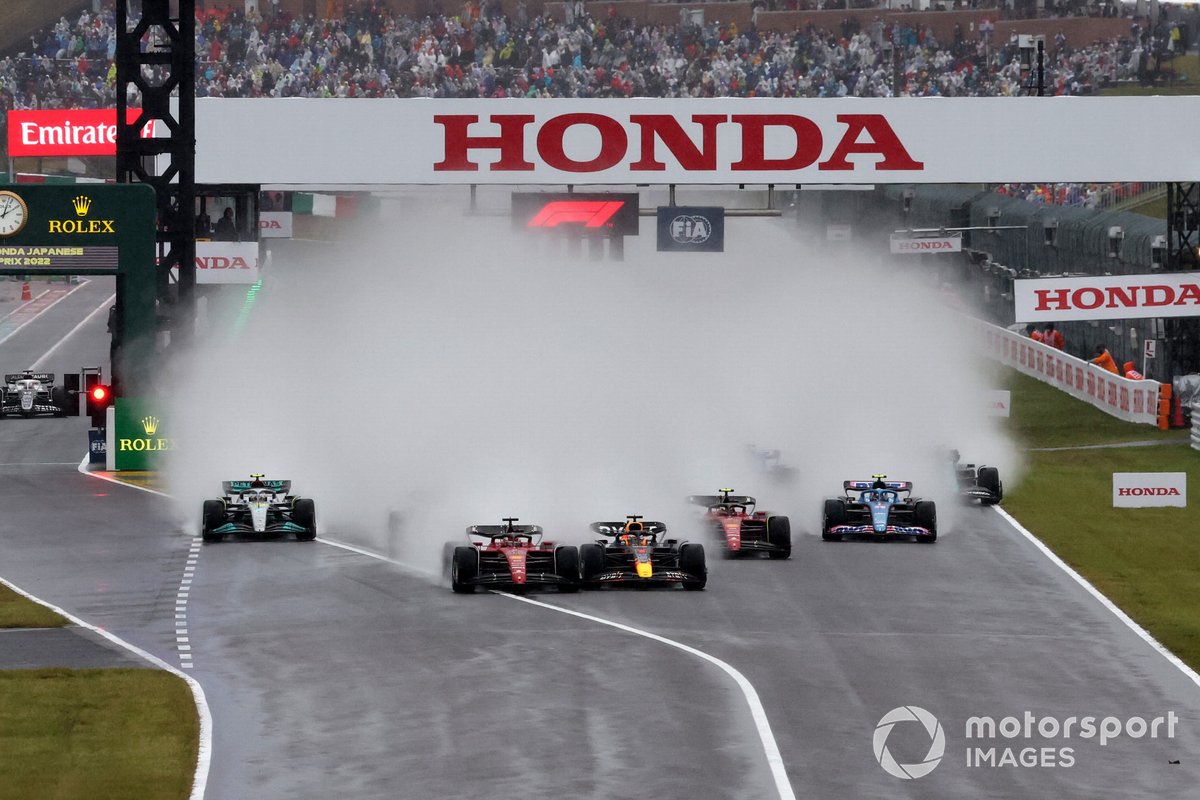 Like many others Vettel cited the example of Jules Bianchi’s crash in the 2014 Japanese GP.

“It's just not acceptable,” he said when asked about Sunday’s incident by Autosport. “We spoke about this also in the drivers' briefing, the service car should never be on the road when we are out in these conditions. Not even when there's a safety car.

“I think we must just understand that today was one of these odd days where things could have gone wrong. And then somebody might pay the price.

“A marshal, that is volunteer here to help and do a great job, or a driver in the car. Even the slightest injuries are unnecessary. But we had a very traumatic scene eight years ago, so it was way too close to the repetition today.”

Fernando Alonso stressed that the drivers are willing to help the FIA to improve safety.

"It was a difficult afternoon for everyone, so we are [willing] to help FIA,” said the Spaniard. “But after 2014 we agree that will never happen again, and it happened today, so we need to work together to make sure that this is the last, last, last [time].

“It’s unacceptable for sure. But at the same time we need to understand why that tractor was there, who made the decision, who made that call, if they misunderstood something and the tractor was out without permission from the race director.

Lando Norris was quick to express an opinion on the incident via social media during the red flag break. He was another to cite the fact that F1 hasn’t learned enough from the Bianchi crash.

“I’m sure it reminded everyone of what happened several years ago and we had to lose a life in order for us to simply learn that things like that shouldn’t happen,” said the McLaren driver.

“And it somehow happened again. I don’t know who okayed it and allowed the truck to go on track like that, especially in a place that Carlos had just aquaplaned and lost control.

“How someone thought it was okay to not only risk going on track themselves, but to put us drivers at risk, literally our lives at risk, is unacceptable.