Russell led the top 10 shootout runners in moving from the intermediates all drivers had used in Q1 and Q2 to the soft slick compound with six minutes of Q3 remaining.

He explained how the rest of his fourth Q3 appearance of 2021 had gone in the post-qualifying press conference at Sochi, where he finished behind pole-winner Lando Norris and Carlos Sainz Jr.

Russell said: “I came on the radio to say to the guys, ‘let’s get the slicks ready because it’s definitely going to go slicks’.

“And they replied saying ‘let’s box this lap’. So, I though they may have misunderstood what I meant by that radio comment.

“But I’d said we’ve got to go for it in these sessions – high risk, high reward. Especially in these conditions.

“And when I came out of the pitlane on the slicks [I was] almost crashing straight out of the box.

“And I was only that last lap [where the time came].

“I kept getting a little bit of traffic here and there, [which meant] I couldn’t complete the lap and that was a bit frustrating.

“But, as it was for everybody, I knew that last lap was going to be the killer lap. So we saved it all for then and here we are.

“A bit surreal that it’s our second top three in four races now." 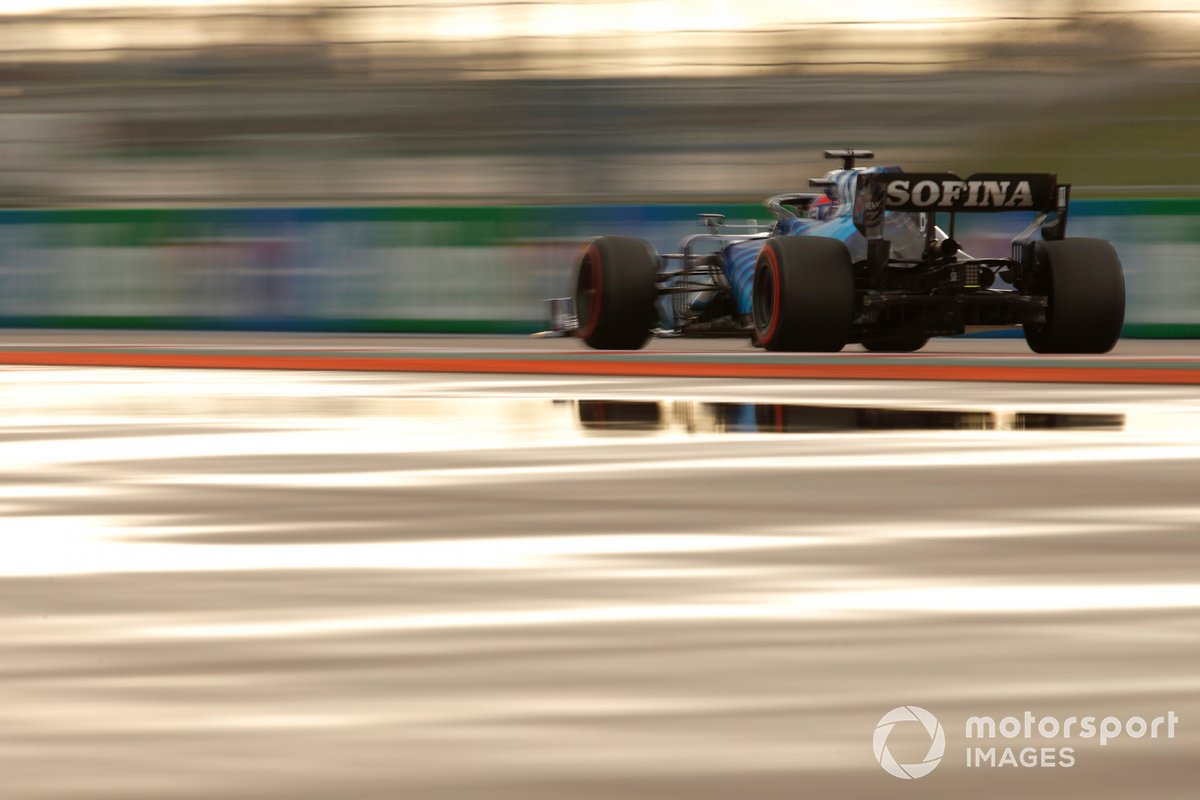 Russell’s Sochi Saturday result followed his second place in wet qualifying at Spa, which became his first F1 podium in the controversially abandonded ‘race’ that followed the next day.

When asked to compare his emotions after qualifying at the two events, Russell said: “Certainly different.

“Equally happy, for sure, and P3 is an incredible position to start – it’s a really long run into Turn 2.

“We’re pretty slippery on the straights and hopefully Lando will give me a nice little slipstream into Turn 1.

“There’s no reason we can’t keep on going. We’ve got to be aiming for the podium – we’ve got nothing to lose and we’ve just got to go for it.”