George Russell has hailed Alex Albon for doing an "exceptional job" as his replacement at Williams this year, saying he has “cemented his position” in Formula 1.

Russell left Williams after a three-season stint at the end of last year to join Mercedes, whose junior programme he had been a member of since 2017.

During his final months with Williams, Russell was known to have lobbied with the team for Albon to take his seat after the Anglo-Thai driver dropped off the F1 grid at the end of 2020 following a difficult season with Red Bull.

Since returning to full-time F1 action this year, Albon has impressed by scoring three points for Williams despite the team’s struggles to fight regularly with the rest of the midfield.

Albon made an ambitious tyre strategy work in Australia to pick up a point before finishing ninth in Miami to add to his haul. He also impressed at Imola by fending off AlphaTauri’s Pierre Gasly and Russell’s Mercedes team-mate Lewis Hamilton to finish 11th.

Russell praised Albon for his start to life back in F1, and pointed to his impressive record through his junior career against many of the top drivers on the grid today.

“Alex has done an exceptional job,” Russell said when asked by Autosport about Albon’s start to the season. "I think there was obviously no secret he had a tough time that Red Bull, but I think all of us, even probably Max [Verstappen] included, just knew how talented Alex was.

“We’ve all raced each other since 2011. Alex was a few years older than us. So he was sort of competing against [Nyck] de Vries at the time, in KF1, I remember and he's always been there.

“He’s always been one of the very best, so it's no surprise to me, and I'm happy to see that he's back in Formula 1, and that he has cemented his position.” 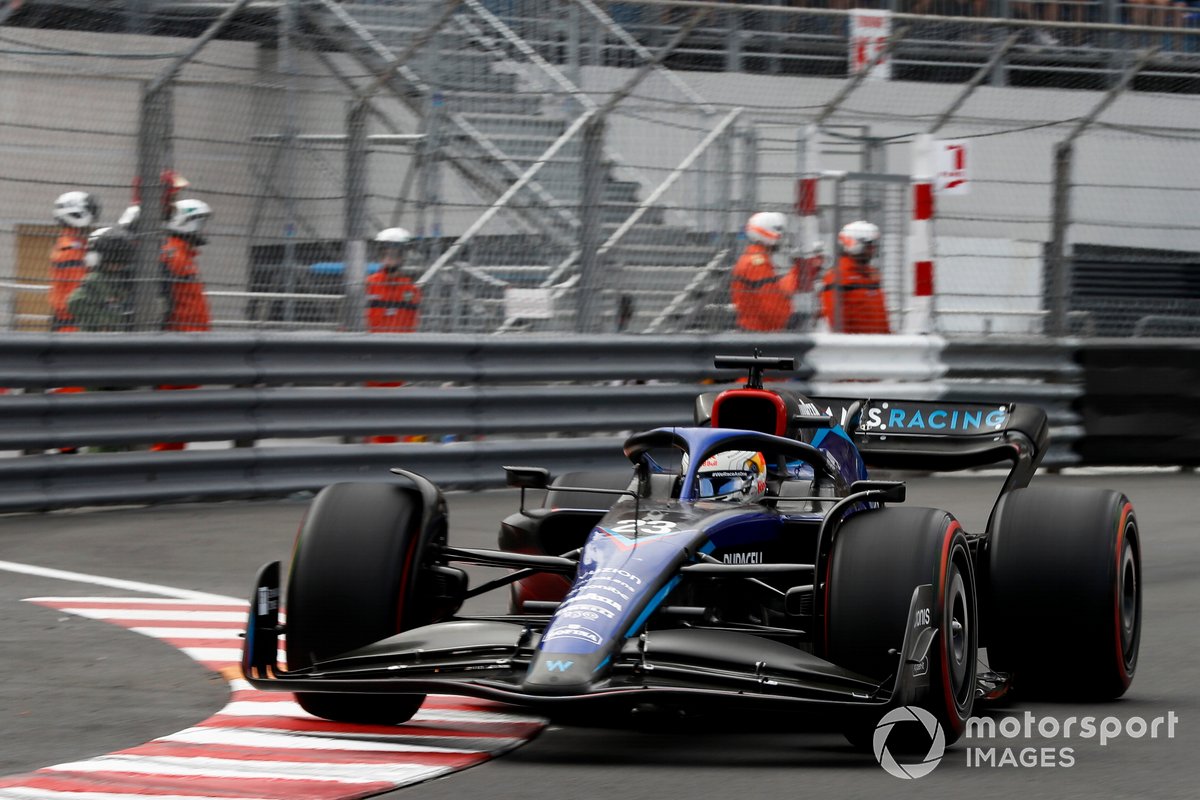 Albon has outperformed team-mate Nicholas Latifi so far this season, beating him in qualifying in all six races. Latifi is yet to score any points, recording a best finish of 14th in Miami.

Asked if he saw any similarities between Albon’s displays and how Russell performed during his time at Williams, Latifi said they were “both extremely quick drivers” and he was “under no illusions” over how Albon would get up to speed.

“There are obviously some little differences in driving style here and there, which I kind of knew going into the season as well, just from having been team-mates with Alex beforehand.

“I won’t say the driving style secrets because maybe they don't want to disclose that! But it's been great having both them as team-mates.”