Alexander Rossi has hit out at the FIA's superlicence system for preventing Colton Herta from racing in Formula 1, saying "he should get that opportunity if it's offered to him".

Herta has been widely tipped for a seat at AlphaTauri next season in the event of Pierre Gasly moving to Alpine, but the seven-time IndyCar race-winner lacks the required superlicence points to make the switch to F1.

With the FIA clear it would not change its rules to make an exception for Herta, Red Bull has now given up on its attempts to sign him and switched its attentions to Nyck de Vries after his Williams cameo at Monza, with Herta's F1 prospects appearing to be dashed.

Rossi remains the most recent American driver to have raced in F1, completing five grands prix for Manor in the 2015 season, and has been Herta's team-mate at the Andretti Autosport IndyCar squad for the past three seasons.

The 2016 Indianapolis 500 winner, who will move to the Arrow McLaren SP team next season, wrote in a statement posted to social media that Herta "has the talent and capability to be in F1".

While supportive of the superlicence system's premise, in preventing money from being the primary motivating factor behind signing drivers, Rossi said that it was shame that it was needed at all – saying "past decisions, whether out of greed or necessity" had created an unnecessary stumbling block.

It echoed comments made by his new IndyCar team boss Zak Brown, who has run Herta in a year-old McLaren F1 car, who argued that "the whole licensing system needs to be reviewed".

Writing that he was "so sick and tired of this back and forth" regarding the superlicence system, Rossi said: "The whole premise of it was to stop people from buying their way into F1 and allowing talent to be the motivating factor. That's great.

"We all agree Colton has the talent and capability to be in F1. That's also great and he should get that opportunity if it's offered to him. Period. 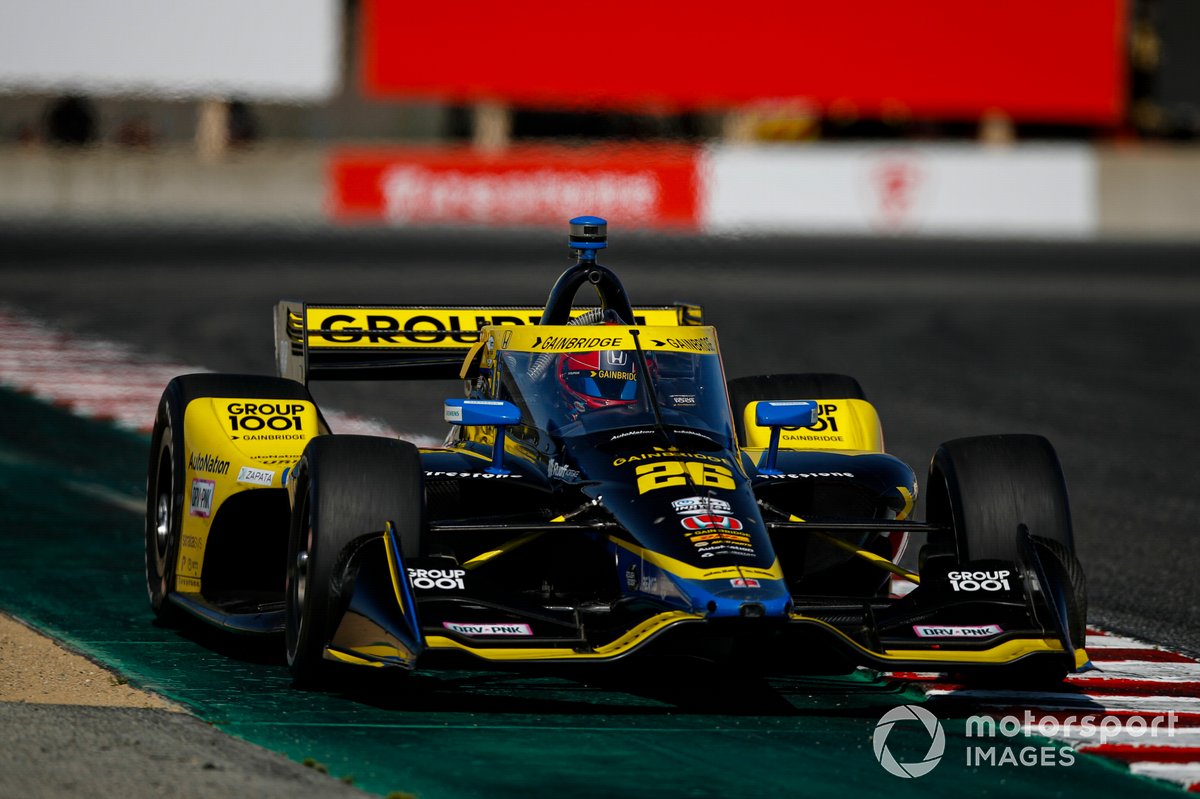 "Motorsport still remains as the most high profile sport in the world where money can outweigh talent.

"What is disappointing and in my opinion, the fundamental problem, is that the sporting element so often took a backseat to the business side that there had to be a method put in place in order for certain teams to stop taking drivers solely based on their financial backing.

"Ultimately these past decisions, whether out of greed or necessity, is what cost Colton the opportunity to make the decision for himself as to if he wanted to alter career paths and race in F1. Not points on a license."