Nico Rosberg says that the intensity of Mercedes boss Toto Wolff's workload is why he has no interest in ever becoming a Formula 1 team principal himself.

The 2016 F1 world champion, who retired from driving after prevailing in an intense fight with then-Mercedes team-mate Lewis Hamilton, has returned to motorsport competition through his Rosberg X Racing team that has won both X-Prix held so far in the new-for-2021 Extreme E series.

But while Rosberg has good experience of what's needed to be successful in F1, he says that he no desire to ever run a grand prix team.

In an interview with Motorsport.com's German sister platform Formel1.de, Rosberg is clear that he already went through enough stress and strain as an F1 driver.

"That doesn't appeal to me," Rosberg said when asked about the potential for running an F1 team in the future.

"It would be too much. It's a full-time job: morning, noon, evening, the whole day.

"When I see how intensely Toto works on the Formula 1 team, that's not for me, I want to avoid that in my life.

"I experienced that as a driver, that intensity and dependence, and I don't want that again."

Rosberg is also clear that he could not even be tempted out of retirement to race in F1 again, even if someone came and offered him a massive pay cheque.

"Salary has never played a role for me," he said. "I still had two years left on my [Mercedes] contract, and the salary on that contract also had a lot of zeroes on it.

"You can't motivate me with money, I have zero interest in that. I fulfilled my career the way I wanted to, with the world title, and I'm happy about my new life.

"So the thought never came up there, and it never will. That's over." 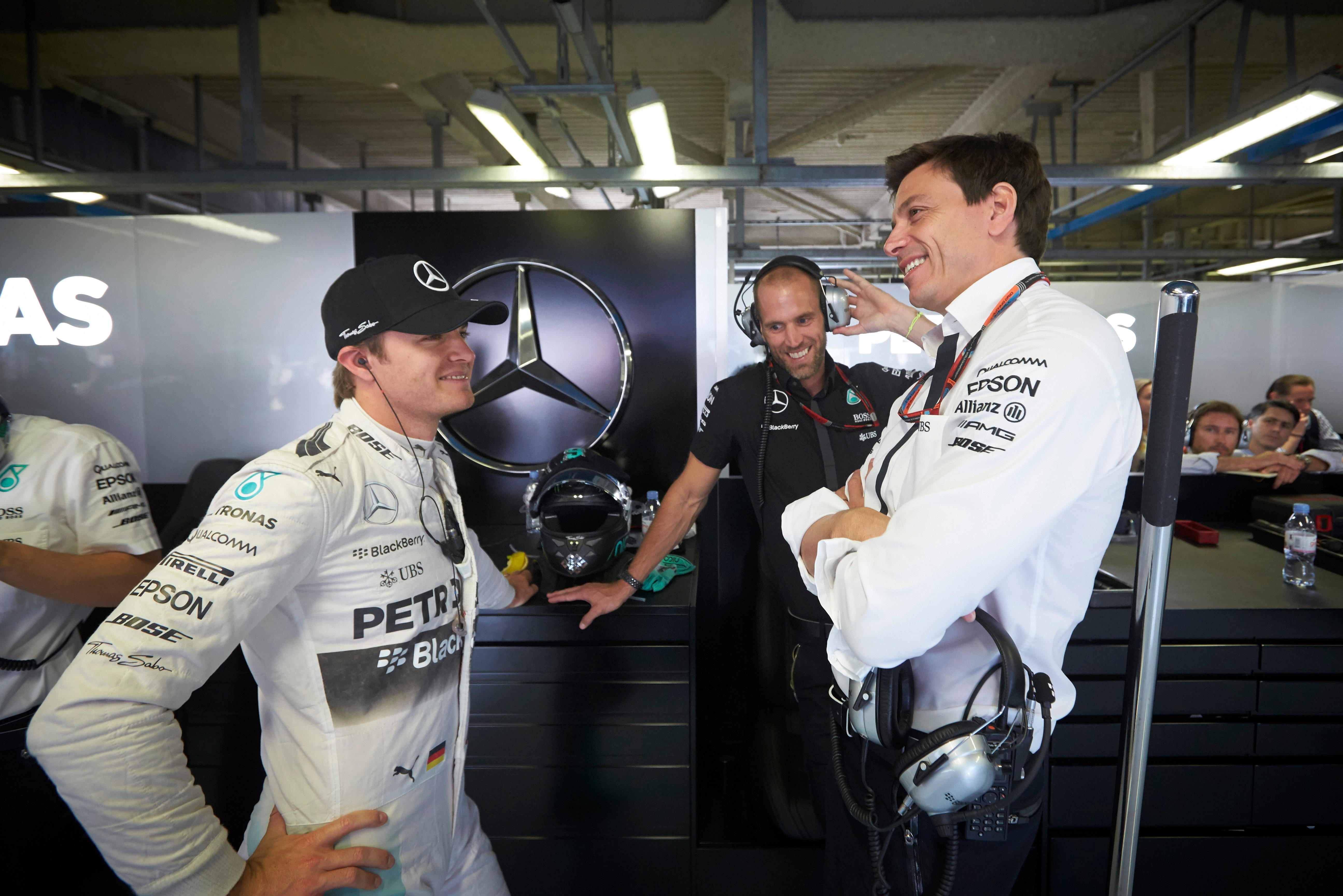 However, Sky Sports F1 pundit Rosberg does keep a close eye on F1's developments and believes that it is going in the right direction with its sustainability push.

"I think the journey Formula 1 is taking is great," he said. "We are living it in Extreme E: how to be a sustainable motorsport format, and Formula 1 is now also on its way.

"For example, by 2025 all their events will be categorised as sustainability events, which means they are very energy efficient, with very low CO2 emissions and so on. Then by 2030, the whole sport will be emission-free.

"That is an important direction. But the power solution will still be interesting, and we will probably have to go all the way to synthetic fuels.

"Although it's difficult to design that because it's very expensive, and very energy-intensive to produce, I think that would be a very valuable positioning for F1."