In practice on Friday Grosjean ran the upgraded Ferrari engine his team had been forced to change for the last race in Canada.

Grosjean suffered a dramatic exit from qualifying in Montreal when an oil leak triggered a huge smoke cloud as he drove down the pitlane [pictured below].

Haas initially feared it damaged the engine's components and would be unavailable for use, but it got the all-clear from Ferrari to use it on Friday at Paul Ricard.

Grosjean was sixth-fastest in both sessions and completed plenty of mileage in the process.

However, an anomaly was detected and the engine has been replaced ahead of qualifying.

It has been sent back to Ferrari's headquarters to undergo further analysis.

That means Grosjean will contest the rest of the weekend with the original-specification Ferrari engine he started the season with and used until the end of the Spanish GP weekend, then raced again in Canada.

It is complemented by a relatively new turbocharger and MGU-H, as both components were introduced in Canada alongside the old V6. 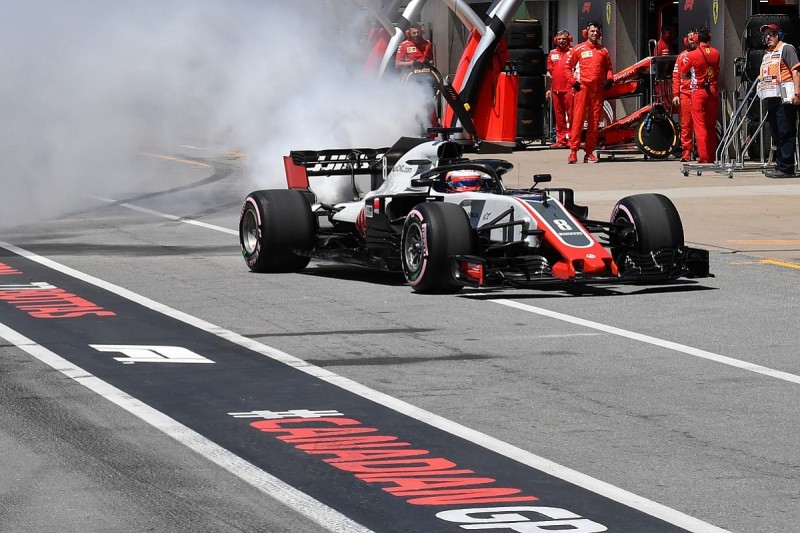