The Franco-Swiss driver spun into the wall at the final corner during Friday's second free practice session, then crashed out of the second stage of qualifying at Turn 10.

Grosjean ended qualifying in 14th place, and team principal Gunther Steiner has confirmed his gearbox will be changed as a result of the crash at the cost of a five-place grid penalty.

"The confidence is close to zero," said Grosjean.

"When you have spun once at high speed, and the second time you spun on the braking, how do you get confidence?

"Since we started running here, the car feels weird and I've been trying a lot of different set-ups.

"Obviously, we lost FP1 [to an air intake system fault] and that's something, but I don't know, it's not normal to be in the wall twice in two days.

"I'm not understanding what's going on."

Grosjean, who said he crashed in qualifying while attacking at "200%" trying to make up the deficit to team-mate Esteban Gutierrez, does not believe the problem lies with the monocoque itself.

"It doesn't feel like it because it's not every corner," he said.

"A few corners are fine, then the next one is not good. 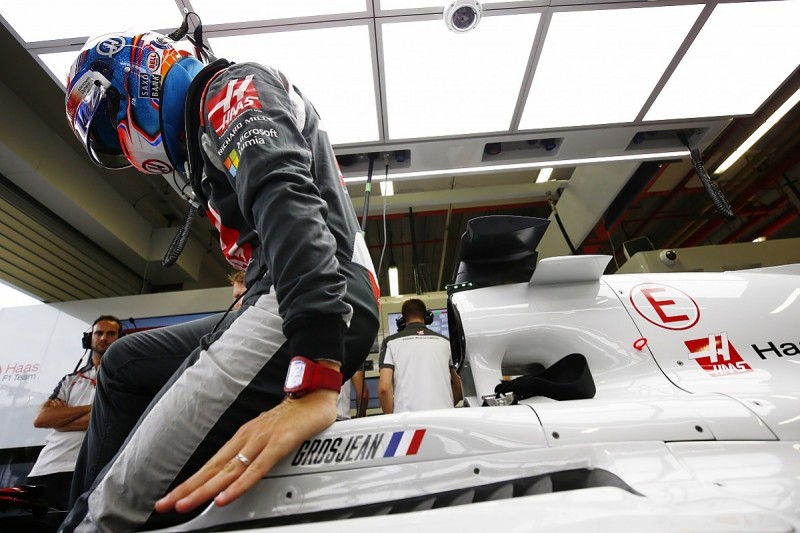 Steiner believes Grosjean's problems are a knock-on effect of missing practice one and trying to make up for lost time.

"We started with the problem with the air intake system, then in FP2 maybe we tried to achieve too much in too short a time and didn't get there," he said.

"It's one of those downward spiral things, as in FP3, we didn't react after FP2 and we only did a few fast laps.

"In qualifying, he went faster as he expected and then wanted a little more and if you don't practice, even if you have been here before in a different car, it's all different.

"It's a long lap and to be half-a-second down on your team-mate with no running is nothing. He tried very hard to be as fast as him and that [the crash] is what happened."

Gutierrez qualified 13th and is confident he would have been higher up had the yellow flag triggered by his team-mate not prevented him improving in Q2.

The Mexican had no complaints about the car and hinted Grosjean's problems might be solved through set-up work.

"If you have a problem you solve it together, it's not about pointing figures, it's about working together and solving the issues," said Gutierrez.

"Yesterday, we had a lot of balance problems on my car, we were totally lost and today we recovered."