Grosjean's outspoken radio messages have become a regular feature of F1 television broadcasts, in particular as his Haas team grappled with a long-running brake issue.

Now in his sixth full F1 season, the closest Grosjean has come to a race-winning team was with Lotus in 2012/13, when he claimed nine podium finishes.

Asked what more he needed to do to earn a top-line seat, he highlighted the way he presents his emotions.

"There are always things you can improve," Grosjean told Autosport.

"Finding your way when you are frustrated to deal with things differently and dealing better with the brakes not working and stuff like that - I need to more on that.

"Generally my level of driving, fitness, feedback is pretty much ready to be world champion in a good car."

He defended his radio outbursts as evidence of his determination.

"The other way of seeing it is to say 'OK I'm not going to win the race, I'm just going to get my money, drive and go home'.

"If I get to that stage, when I'm 31 and I want to be world champion, then my career's kind of over.

"As long as you keep that flame and that winning spirit and you're not happy because you've qualified 14th but you've beat your team-mate... that'll never make me happy.

"For some people it does, great for them, but it'll never be for me.

"I need to get my radio messages down but I get frustrated because I want to win.

"If you're leading or if you've got a car which can win then you're not shouting and you're not complaining because you are where you think you belong." 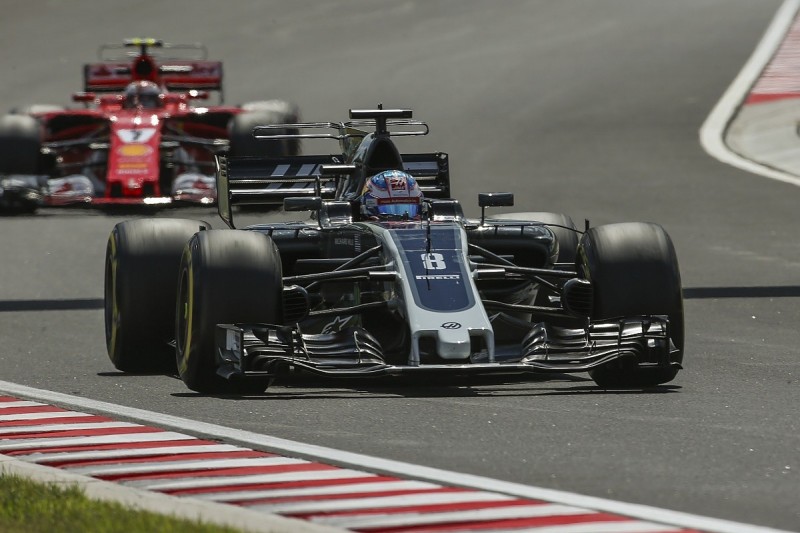 Grosjean's move from Lotus - just before it became the works Renault team - to Ferrari-affiliated Haas last year was widely seen as an attempt to earn a future factory Ferrari drive.

He believes that remains a possibility, but not before 2019.

"I'm still thinking that one day the stars will align and I will get my chance," Grosjean said.

"There are always possibilities and I guess on December 1 Valtteri [Bottas] was not expecting to be fighting for the world championship instead of for seventh or eighth or whatever.

"Then he gets a phonecall and he's in a world champion car. "Things can happen at any time and I'm hoping that my day comes one day."

Vettel: Ferrari has identified weak areas of its 2017 F1 car