Kubica, whose F1 career was interrupted by life-threatening injuries from a rally crash in 2011, is the favourite to replace Felipe Massa at Williams next season and line up alongside Lance Stroll.

Williams was encouraged by his form when he tested a 2014 F1 car with the team at Silverstone and the Hungaroring.

He ran in a 2017 Renault in Hungary in August, during the in-season test, but Tuesday's Pirelli tyre test at Yas Marina gives Williams its first glimpse of his capabilities in current machinery.

"We all saw how he operated in Formula 1 in the past - he's a great driver, very professional, very committed, enthusiastic, very intelligent. He's an exciting prospect, that's why we're looking at him," said Lowe.

"We're in a process with Robert, which is a matter of evaluating whether his injuries will have an impact on his ability to drive in Formula 1, it's as simple as that." 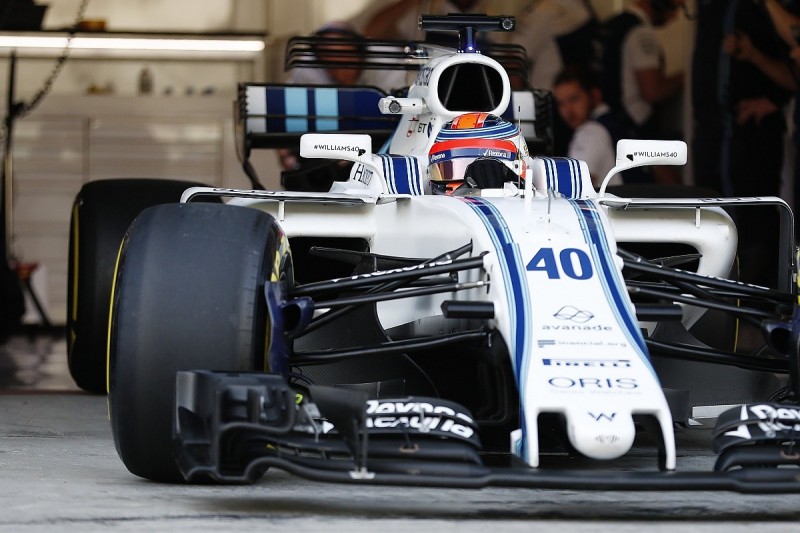 Lowe said only a few modifications, including shifting up and down with the same paddle, have had to be made to the steering wheel ahead of Kubica's test.

"There are a few changes we'll make for switch gear and so on," he said. "In actual fact, most drivers tune that to their preferences anyway.

"In most teams, you'll find the steering wheel is different between the two drivers.

The Pole will run until mid-afternoon local time, before handing the car over to Stroll, so the Canadian can get some running on the 2018 tyres.

Russian Sergey Sirotkin, who has joined the list of contenders for Massa's seat, will run on Wednesday morning and part of the afternoon before handing the car over to Kubica for the final few hours of the test.

Daniil Kvyat is also believed to still be in the running for the seat, even though he is not driving in Abu Dhabi, as is Williams reserve Paul di Resta, while Pascal Wehrlein is now considered a long shot.